Tannjso on Enhancement and the Ethos of Elite Sport

As part of my ongoing struggle to understand the arguments for and against the use of enhancement technologies in sporting contests, I want to take a look at the following paper by Torbjorn Tannjso (that’s his name without the appropriate accents by the way):

Although I’ve read quite a bit about this topic recently, I felt it would be worthwhile providing an exposition and analysis of Tannjso’s paper for two reasons. First, he has written quite a bit about the ethics of sport in the past, so he should be a good guide to the kinds of ethical issues that are raised in this field. Second, and rather more importantly, his paper takes an unusual approach to the topic, at least in light of the other papers I have been reading.

What is this unusual approach? Well, in the two previous papers that I’ve covered on this topic, there has been a tendency on the part of the authors to start off with some general ethical principles (e.g. fairness) and work from those principles to specific conclusions about the use of enhancement in sport. Tannjso’s paper is interesting because it takes the opposite approach: it works from several case studies in sport and tries to figure out which principles guide our intuitive responses to those cases. Although this methodology is common in ethics, I had yet to encounter it in my readings on this topic.

As a result of his methodology, Tannjso’s article reads like a mystery novel (of sorts): he presents us with a case study, raises some questions about this case study, tries to find a principle that will answer those questions and then repeats the process in an effort to further refine his conclusions. The article as a whole is structured around an attempt to find the ethos of elite sport, i.e. that principle or set of principles that explains why the rules of sport are as they are, and why we react differently to different kinds of enhancement in sport.

I’ll try to cover each major step of Tannjso’s analysis in what follows. I start by looking at his proposed distinction between negative and positive medical interventions, and enhancement proper. I follow this by presenting some of his various case studies and the kinds of reaction they provoke. And I conclude by sharing with you what Tannjso thinks really is the ethos of elite sport.


1. Some Conceptual Clarifications
Tannjso proposes that we distinguish between the following kinds of medical intervention:

Negative Interventions: These are medical interventions that are designed to cure, eliminate or alleviate a handicap or disadvantage that someone has relative to the population as a whole.

Positive Interventions: These are medical interventions that are designed to improve the functioning of some trait, organ or system within the natural variation.

Enhancement Interventions: These are medical interventions that designed to improve the functioning of some trait, organ or system beyond natural variation (or, alternatively, to add new non-natural traits). 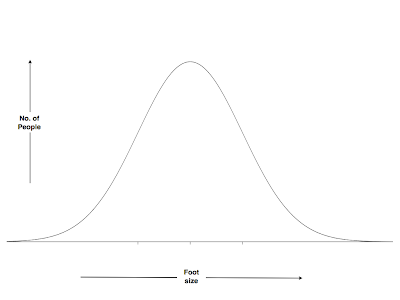 Tannjso acknowledges that the conceptual boundaries between these three types of intervention are fuzzy. For example, where exactly is the cut-off point for a negative intervention? Is it one standard deviation from the mean? How about two? These questions don’t seem to have an obvious or agreed upon answer; any boundary that we draw is liable to seem arbitrary.

These presumptions are not above reproach, but they are plausible. Anyway, they need not detain us here since we have other issues relating specifically to medical interventions in the sporting contest.


2. Some Case Studies on the Ethos of Elite Sport
As I said at the outset, Tannjso explores the ethics of enhancement through a set of case studies. They range from the hypothetical to the actual. With each case study, Tannjso tries to first identify the reactive judgments they provoke, and then consider what these reactions say about the ethos of elite sport. I’ll try to set out each of his major case studies here (there are more mentioned in the article, but the following relate specifically to sport).

The first case study is hypothetical and is, in fact, the main case study. Tannjso uses this as his main proving ground for his subsequent conclusions about enhancement and sport. The case concerns a fictional highjumper who undergoes a medical enhancement to lengthen his legs:

The High Jumper: A skilled surgeon manages give a man three metre long legs. The man subsequently tries to compete in the high jump. The problem is: with his leg length, he can easily hop (or step!) over the bar in the high jump competition. This allows him to clear heights that are all but unobtainable to other competitors.

Tannjso thinks that this hypothetical case provides a clear enough example of an objectionable enhancement, one the sports authorities would be keen to ban. He’s just not sure why it is so objectionable. There are several features of the case — as described above — that are potentially objectionable. But which one is the most significant? Which one really justifies our negative reaction?

To answer this question, Tannjso proposes that we look at some historical enhancement-related rule changes in the pole vault and javelin competitions. One of these changes seemed to embrace enhancement, while the other seemed to reject it:

The Pole Vault: At one time in its history, pole-vaulting was carried out using a pole made of bamboo and steel. This was replaced by a fibreglass pole. The fibreglass pole was pre-bent and allowed the vaulters to clear significantly greater heights than did the old bamboo and steel ones. This pole-enhancement was largely embraced by both pole-vaulters, authorities and fans of the sport.

The Javelin: In 1986, the centre of gravity in the javelin was moved forward 10cm. This accomplished two things: it made the javelin safer to track and spot by the umpires, and it also reduced the distance that the javelin could travel.

Why were the reactions different in these two cases? A few things seem relevant. First, in relation to the pole-vault, the new poles were available to all competitors, so they didn’t raise any fairness issues. Second, and again in relation to the pole-vault, the new poles made the sport more exciting for both competitors and spectators. Third, in relation to the javelin, the reduction in the distance helped to accommodate javelin throws in the infield. So the decision was at least partly motivated by a practical constraint. Fourth, and finally, in both cases, the changes do not appear to be objectionable. But why was that? To answer this we must examine the ethos of elite sport.

3. What is the Ethos of Elite Sport?
Tannjso's initial attempt to analyse the ethos of elite sport comes up with three key ideals of sporting contests. These are: (i) aesthetic quality, i.e. the contest should provide aesthetic enjoyment for the spectator; (ii) competitiveness, i.e. the contest is a matter of winning and losing (a zero-sum game); and (iii) fairness, i.e. each competitor should have a fair chance of winning the contest. Individual contests may frequently fall short of these ideals, but they are, nonetheless, ideals that should be aimed at.

What we now wish to know is whether these ideals can explain our different reactions to enhancement in the high-jump, pole-vault and javelin case studies. Tannjso thinks not. Having one competitor with extra long legs might reduce the aesthetic quality and fairness of the high jump in the short term, but if we wish to restore these two things, then we could adopt a pro- or anti-enhancement stance. In other words, we could simply encourage all competitors to go for the leg-extension surgery, or we could ban it. Fairness and aesthetic quality could be preserved either way.

We can see how this balance might affect the reasoning in the pole-vault and javelin case studies. In the pole-vault case, giving the new fibre-glass pole to all competitors seemed not to damage the ethos of the sport and yet was clearly a pro-enhancement decision. This is possible because clearing greater heights made the sport more exciting. What then of the javelin case? Why did the authorities adopt an anti-enhancement stance there? The answer would appear to be that non-moral (or non-ethos-related) safety and practicality concerns tipped the balance toward the anti-enhancement stance in that particular case. Those non-moral concerns did not seem to apply to the pole-vault case.

All of this suggests that the three sporting ideals identified above do not help to explain our negative reaction the high-jump case. Those ideals are basically neutral when it comes to the issue of enhancement. We are forced then to explore other potential sporting ideals. Tannjso does this at some length in his article, introducing new case studies along the way to further address the complexities of our intuitive judgments. I won’t repeat every step in his analysis here. Instead, I’ll skip straight to the punchline.

Tannjso thinks that when you explore all the possibilities, there really only one aspect of the ethos of elite sport that can explain our reaction to the high-jump case. It is this: that the winners of elite sporting competitions should be those who won the genetic lottery. As he puts it himself:

The explanation here must refer to a further aspect of the ethos of elite sport, a very special notion of justice typical of it. This is a notion of justice insisting that we all must accept the ticket we have actually drawn in the genetic lottery. Genetic differences are not irrelevant to the outcome of the competition. Indeed, genetic differences are what should be decisive, once we have eliminated other differences

The idea is that most regulations and changes in sport are motivated by an attempt to level the playing field between competitors as much as possible, so that genetic differences are all that can really decide the outcome.

Now, to be clear, Tannjso does not think that this aspect of the ethos of elite sport is at all commendable. He describes it as being a “Nietzschean view” of sporting justice, something that sporting authorities should be keen to get rid of. He just thinks it is ultimately what explains the negative reactions to some kinds of enhancement. He also thinks that if we do get rid of the Nietzschean view of sporting justice, we will not be able support a rigidly anti-enhancement view. We will be left instead in the predicament described above in the pole-vault and javelin examples: a scale that could in either the anti- or pro-enhancement direction, depending on the effect this would have on aesthetic quality, competitiveness, fairness and other non-ethos-related considerations.
Posted by John Danaher at 12:11 PM