The Journal Club #4: Puryear on Finitism and the Beginning of the Universe 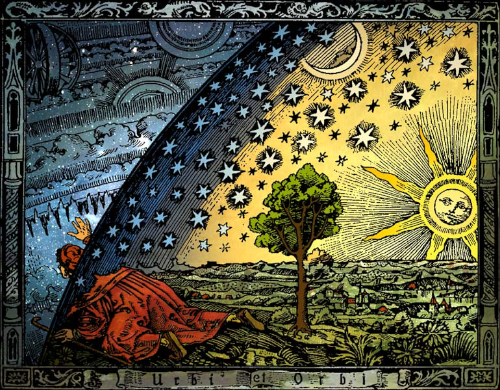 Welcome to the fourth edition of the Philosophical Disquisitions Journal Club. Apologies for the delay with the club this month — real life got in the way — but I’m here now and ready to go. The purpose of the journal club is to facilitate discussion and debate about a recent paper in the philosophy of religion. This month’s paper is:

Puryear, Stephen “Finitism and the Beginning of the Universe” (2014) Australasian Journal of Philosophy, forthcoming.


The paper introduces a novel critique of the Kalam Cosmological argument. Or rather, a novel critique of a specific sub-component of the argument in favour of the Kalam. As you may be aware, the Kalam argument makes three key claims: (i) that the universe must have begun to exist; (ii) that anything that begins to exist must have a cause of its existence; and (iii) that in the case of the universe, the cause must be God.

There is no need to get into the intricacies of the argument today. To understand Puryear’s paper we only need to focus on the first of those three key claims. That claim is typically defended by arguing that the universe could not be infinitely old because actual infinities cannot exist in the real world. Puryear argues that this defence creates problems for proponents of the Kalam, particularly when they try to reinforce it and render it less vulnerable to objections.

Is he right? Well, that’s what is up for debate. As per usual, I’ll try to kickstart the debate by providing a brief overview of Puryear’s main arguments.


1. Why can’t there be an actual infinite?

One of the main ideas put forward by Craig is that the past is made up of a series of events (E1, E2…En). Indeed, what we refer to as “the past” is simply the set of all these events added together. But if that’s what the past is, then it cannot be an actual infinite. If you start with one event, and add another event, and another, and so on ad infinitum, then you never get an actually infinite number of events. Instead, you get a set whose number of constituents is getting ever larger, tending towards infinity, but never actually reaching it. In the literature, this is known as a “potential infinite”. And if the set of past events cannot be actually infinite, it must have had a beginning (i.e. a first event).

This line of reasoning can be summarised as follows:


There are a variety of criticisms one could launch against this argument. I’ve considered some of them in past, but for now we’re just interested in one possible response. Premise (3) is claiming that actual infinities cannot be formed by successively adding more and more elements to a set. Another way of putting it would be to say that we cannot traverse an actually infinite sequence in a stepwise fashion (i.e. go from E1 to E2 to E3 and so on until we reach an actual infinite).

The problem with this is that it runs foul of the possibility that we traverse actually infinite sequences all the time. This was a notion that was first introduced to us by Zeno and his famous paradoxes. A simple version of Zeno’s argument would go something like this. In order for me to get from one side of the road to another, I first have to traverse half the distance. And in order to traverse half the distance I have to first traverse a quarter of the distance. And before I do that I have to traverse an eighth of the distance. And before that a sixteenth. And so on ad infinitum. The space between me and the other side of the road is made up of an actual infinite sequence of sub-distances. Nevertheless, I can traverse it in a stepwise fashion. Where’s the problem?

Well, there could be several. One is that maybe space cannot be infinitely sub-divided, as Zeno’s paradox assumes. We’ll return to that possibility later on. Another possibility is that when it comes to segments of space and time, the whole is prior to the parts. What does this mean? Take a line drawn on a piece of paper. You could argue that the line is made up of smaller sub-units or you could argue, perhaps more plausibly, that the whole line is prior to the sub-units. In other words, that the full length of the line exists first, and then we simply sub-divide it into units thereafter. This sub-division is, however, purely conceptual in nature: it exists in thought only, not in reality. This means that the sub-division is only potentially infinite, not actually infinite. Why? Because we cannot mentally sub-divide something into an actually infinite number of sub-units, we can only add more and more sub-divisions and thereby tend towards infinity, but never reach it.

William Lane Craig has advocated this “priority of the whole” response himself, arguing that “the past” exists as an undivided whole first, and is then broken down into sub-units afterwards by our mentality. This means it could only ever consist in a potentially infinite number of sub-units. Puryear argues that in embracing this response, Craig creates problems for the Kalam as a whole. Let’s see what those problems are.


2. Why the Priority of the Whole view is Problematic
Puryear’s basic contention is this: If it is true that the whole can be prior to the parts, then it is possible that the past is simply a indefinitely extended temporal unit. In other words, it is possible that the past consists of one, metaphysically indivisible whole, that is then conceptually sub-divided into temporal units (minutes, seconds, lunar cycles, whatever). Those conceptual sub-divisions would be imposed upon the metaphysical reality; they would not be actual features of that reality.

Why is this a problem? Because it would defeat one of the original assumptions underlying the Kalam. Proponents of the Kalam believe that their critics cling steadfastly to the notion of an actually infinite past sequence of events because they are committed to a beginningless past. But if the past can simply be one whole, which extends indefinitely in the reverse temporal direction, then it is possible to argue both that the universe did not begin to exist and that the past does not consist of an actually infinite number of events. This is because the sub-division of the past into events would be conceptual only, i.e. a potential infinite not an actual infinite, much like the division of a line into sub-units after it is drawn on the page.

That’s the gist of Puryear’s argument. One possible objection would be to argue time and the events which take place in time are metaphysically distinct. In other words, to say that although the past could be one whole temporal unit, the events which take place in the past may not be. This would imply that if the past was an indefinitely extended whole, it would still need to consist of an actually infinite number of events. And if it does, then the absurdities beloved by Craig and others would still apply.

To rebut this objection, Puryear needs to argue that the priority of the whole with respect to time (PWT) entails the priority of the whole with respect to events (PWE): if the past is just one big, indefinitely extended thing upon which we impose conceptual sub-divisions, then the same is true for events. That is to say, the past can simply be viewed as one big event (one “happening”) that we conceptually sub-divide into other events. To illustrate, Puryear gives the example of a moon orbiting a planet for an indefinitely extended period of time. Clearly, in such a case, the number of past events (i.e. number of “orbits”) coincides with the number of temporal intervals (i.e. lunar years). But if the latter are purely conceptual in nature, then so too could the former be purely conceptual. This could be true for all “events”.

If this is right, then the attempt to defend the Kalam by reference to the priority of the whole view fails.


3. Conclusion and Thoughts
This could have two significant implications. It could mean that the Zeno-paradox argument is open to the critic of the Kalam once more. Thus, if the division of time into sub-units isn’t purely conceptual, then, as Wes Morriston has argued, the fact that we can specify a rule that would lead to it being divided into an actually infinite sequence of sub-units gives us some reason to think that it does consist of an actually infinite sequence of sub-units. This, again, reopens the possibility that we traverse actually infinite spaces in a stepwise fashion all the time. Alternatively, it could mean that proponents of the Kalam are forced to defend the view that time and space are quantized, i.e. that there is some minimum unit of sub-division.

Anyway, that’s a brief overview of Puryear’s article. I think it opens up an interesting avenue for debate, one that isn’t typically explored in conversations about the Kalam. Instead of plumbing the depths of our intuitions about infinity — which is never that fruitful given that infinity is such a counter-intuitive idea — it plumbs the depths of our intuitions about composition. But it also raises some questions. Is the priority of the whole view plausible? Does Puryear successfully argue for the equivalency between the past sequence of events and the past sequence of temporal intervals? Is the “quantised” view of space and time workable?

What do others think?
Posted by John Danaher at 9:21 PM