Who's Still Afraid of Determinism? (Part 1)


(Conceptual framework for understanding free will)

“Who’s still afraid of determinism?” is an article by Dan Dennett and Christopher Taylor (hereafter “D & T”) on the topic of free will and determinism. As the adverbial use of the word “still” in the title suggests, it is an updated version of an earlier article. In the next two blog posts I want to summarise this paper.

Having read both versions, I can tell you now that the difference between them is slight. The major change is that a section has been added discussing Judea Pearl’s theory of causation. Ironically, I’m going to exclude this from my summary. I do so for two reasons: (i) the value of the discussion is proportional to one’s understanding of Pearl's rather complex theory of causation, which I have no intention of summarising and (ii) the authors argue that Pearl’s theory is not relevant to their overall conclusions so, at least in terms of understanding those conclusions, we do not need to discuss it here.

Anyway, my consideration of D & T’s article will be broken into three parts. The first part goes through the motivations behind the article, as well as the various concepts that D & T employ in their arguments. The second part examines the two main arguments (or theses) put forward by the authors. The third part looks at Van Inwagen's famous Consequence Argument, as well as D & T's responses.

As D & T point out, incompatibilism is attractive for two main reasons.

Second, most people think that causal determinism implies that human beings are the empty receptacles of external causal forces. This thereby robs them of any ability to be the true (ultimate) originators of their actions.

To make their case, D & T begin by setting out some formal concepts.


2. Possible Worlds
The first thing D & T try to do is to get some purchase on the modal concepts of possibility and necessity. Philosophers usually do this by appealing to the idea of different possible worlds. D & T are no different, but they focus on possible worlds that are consistent with a modern scientific view of reality. They do not focus on all logically or metaphysically possible worlds.

This brings us to a definition:


There are two important sets of such possible worlds:

D & T acknowledge that this Democritean vision is a long way from the universe as described by modern physics, but they think it will suffice as we try to refine our concepts of necessity and possibility.

Within a possible world there will be entities. These are simply connected hypersolids occupying units of spacetime that have coherent and stable clusters of properties. A system of informal predicates such as “is human” and “is alive” will be used to describe such entities.

Some of the predicates ascribe necessary or contingent properties to entities. For example, a sentence of the form “Necessarily, Socrates is mortal” ascribes a necessary property to the entity we call “Socrates”. What does such a sentence really mean? According to D & T, it means roughly the following:


The crucial question for discussions of necessity is: how large should the set f be allowed to range? Should it cover Ω, or Φ, or some more restricted set X? D & T think this is a difficult question to answer but they propose that the following notation be used to indicate whenever something is necessary:
This translates as “the sentence ψ obtains in all worlds in the set X” and would be equivalent to “Necessarily ψ.”

Having developed this understanding of the concept of necessity, the concept of possibility is much easier to define. Take the sentence “Possibly, Socrates has red hair”. This sentence can be rendered formally:


More generally, we can employ the following notation to indicate that something is possible:
This translates as “the sentence ψ obtains in at least one world within the set X” or "Possibly ψ". 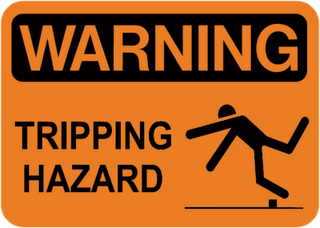 3. Counterfactuals
Counterfactuals are propositions that straddle possible worlds. As noted in another post on this blog, they are often thought to be central to accounts of causation. The following statement is a classic instance of a counterfactual:


This means, roughly, that in every possible world within the set X, whenever the antecedent (Arthur’s being tripped) holds, so does the consequent (Arthur’s falling). D & T employ the following notation for counterfactuals:

Again, crucial to understanding the scope of counterfactual statements like this is the question: how large should the set X be construed? The answer, according to D & T is that X ought to include:


Obviously (ii) is a bit of a fudge but D & T argue that a certain vagueness is inherent in even the most rigorous discussions of counterfactuals (they reference their later discussion of Pearl’s theory in this regard).


4. Causation
We come at last to the nature of causation. D & T do not think that a “true” account of causation is possible, so they set their sights a bit lower. They try to develop some conceptual tools for refining our thinking about causation in the real world. We will describe these tools by referring to the following example:


Our goal now is to describe the concepts that allow us to make causal claims like this.


After describing these conceptual tools D & T proceed to consider three classic problem cases. I won’t go through these here but I will summarise the main points, which are:


Okay that’s enough for now. There's quite a lot to take in here. In the next post we’ll see how these concepts are used in the service of D & T’s arguments. You might like to keep this post open in a separate tab when you read the next part.
Posted by John Danaher at 9:54 PM