The Paradox of Blackmail (Part Four) 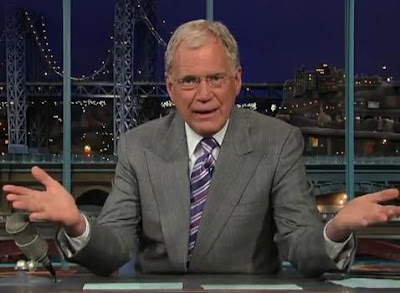 This is the fourth entry in my ongoing series on the paradox of blackmail. The “paradox” refers to the fact that blackmail is criminalised despite involving otherwise lawful acts: (i) threatening to do something one is lawfully entitled to do; and (ii) receiving a benefit/gain for refraining from doing what one is lawfully entitled to do. The key question for this series is whether there is any good reason for thinking that these two acts, when combined, merit criminal sanction.

So far, we’ve surveyed a variety of theories. In part one, we looked at Epstein’s argument in his article “Blackmail Inc’. This argument held that blackmail was justifiably criminalised because its legalisation would promote fraud and other forms of criminality. In part two, we looked at Lindgren’s (arguably decisive) objections to Epstein’s argument. We followed this up in part three by surveying and critiquing seven separate theories of blackmail (each one trying to justify its criminalisation).

In this post we will look at Lindgren’s own theory of blackmail, which explains the wrongness of blackmail by appealing to its tripartite structure. So first off, we’ll set out this tripartite structure and try to explain how Lindgren derives the wrongness of blackmail from this structure. Then, we’ll look at some criticisms of this argument. And finally, we’ll consider the possibility that this entire series of posts is based on a false premise.


1. Lindgren on the Wrongness of Blackmail
Every case of blackmail, according to Lindgren, has a tripartite structure. It involves a network of relationships between three distinct persons (or groups of persons). We’ll use the typical information disclosure case of blackmail to illustrate this structure.

The tripartite structure of the informational disclosure case is diagrammed below.

Now, Lindgren thinks that the wrongness of blackmail emerges from a close analysis of this tripartite structure. How so? His reasoning is as follows: if you look closely, you see that in the information disclosure case, the blackmailer profits from suppressing someone else’s actual or potential interest. For example, in the case of the adulterous spouse, the partner who is kept in the dark has an interest in learning about the adulterous affair, but the blackmailer suppresses this interest by entering into a bargain with the victim. They thereby trespass on the rights of that third party.

This is what makes blackmail wrong and thus worthy of criminalisation. In other words, Lindgren offers the following argument:


Lindgren argues that the truth of premise (1) becomes more apparent when we consider non-informational cases of blackmail. Consider, for instance, the trade union leader who threatens to call a strike against an employer unless the employer pays him off personally. In this scenario, the trade unionist is gaining by suppressing the rights of the union members, which seems wrong and hence worthy of criminalisation.

(Quick note: it’s probably worth being aware that the wrongness of something, by itself, may not be sufficient for criminalisation. That’s something many theorists have argued about, however, it’s not a debate I want to get into directly in this post.)


2. Problems with Lindgren’s Argument
Lindgren’s argument looks pretty appealing. I certainly agree that there is something unsavoury about bargaining with the rights and interests of others, but is this really what is going on in the case of blackmail? I answer that by first offering a brief digression.

The libertarian legal scholar Walter Block is probably the most indefatigable defender of the view that blackmail should be legalised. If you don’t believe me, check out his website (scroll down to section marked "Blackmail") which includes links to nearly everything he has written on the topic. Any discussion of the paradox of blackmail has to mention his work sooner or later, and given that he has written explicit replies to every pro-criminalisation argument out there (including Lindgren’s), now looks to be an opportune moment to bring him into the discussion.

Block’s main criticism of Lindgren is, ironically enough, practically identical to a criticism that Lindgren made of Epstein. It has to do with the characterisation of blackmail in premise (2). The problem with this characterisation is that in many information disclosure cases, the third party does not have a legally or morally recognised right/interest to the information in question. So the blackmailer does not wrongfully suppress a right or interest when making their demand.

Consider, for instance, the spouse who is kept in the dark. Certainly, they may benefit knowing about the adulterous affair (then again, they may not) but in no sense are the legally entitled to know. Similarly, and probably more emphatically, in the case of homosexual blackmail — where the blackmailer threatens to disclose information about someone’s sexual orientation to their employer — there is no sense, legally or morally, in which the employer is entitled to that information. They may like to know, but that is a different matter.

As I said, it is somewhat ironic that this criticism can be made given Lindgren’s recognition of this point in his critique of Epstein. There, Lindgren noted that Epstein’s argument rested on the false premise that at the heart of every information disclosure case was a victim who was engaged in a disreputable form of fraud against a third party. This was false because, as Lindgren argued, there were many putative blackmail cases in which the victim was perfectly within their rights to conceal the information. But if this is true, it has knock-on effects on Lindgren’s own argument: if the victim has the right to conceal the information, the third party cannot have the right to have it revealed.

To put it another way, Lindgren has failed to address the paradox of blackmail because he has assumed that one of the apparently legal acts (the suppression of the information) wrongful. But it is not, as he himself has said.


3. Is there a paradox of blackmail?
So far we’ve looked at nine different theories of blackmail, each one purporting to explain why blackmail can be justifiably criminalised despite the fact it involves the combination of two otherwise lawful acts, and each one seemingly vulnerable to a number of counterarguments. The fact that each of the theories seems to have major failings is wont to prompt reconsideration of the entire quest.

Two possibilities seem to emerge from this reconsideration. The first is that maybe blackmail should not be criminalised, as Block would have us believe. The second is that maybe there is no paradox here, maybe we started this series with a faulty assumption. I’ll look at the first of those possibilities in the final entry in this series, which will be the next one. I’ll close out this entry by looking briefly at the second.

In doing so, I take my lead from the short and simple article called “There is no Paradox of Blackmail” by Michael Clark. In it, Clark tries to deflate the notion of a paradox of blackmail. He does so by initially observing that there is nothing particularly special or problematic with the notion that two otherwise lawful acts, when combined, become unlawful. To quote:


These analogies are arresting, and go some way toward deflating the paradox of blackmail, but one is left somewhat in the dark as to how exactly they support the criminalisation of blackmail since there are, presumably, counter-analogies too, i.e. cases in which two lawful acts are combined and remain lawful. Clark adds another deflationary argument that might shed some light on this. He argues that the mistake made by the paradox-mongers is to view blackmail as a combination of two lawful acts when in reality it is a distinctive act in itself. It is a demand backed by a threat, not simply a demand and a threat. The claim then is that when one focuses on the distinctive kind of act that blackmail is, one will see more clearly what is wrong with it.

But is that right? The fifth and final entry in this series will look at that question.
Posted by John Danaher at 7:00 AM