Would Immortality be Desirable? (Part Two) 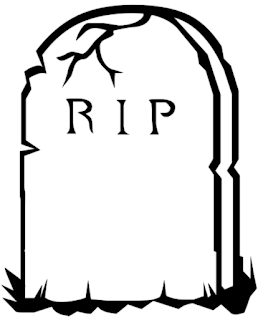 This is the second in a brief series of posts on the topic of immortality, tedium and significance. It deals with Bernard Williams’s classic argument which held that an immortal existence would be an unbearably tedious one; one that no right-thinking human being should desire. But it does so through the lens provided by Aaron Smuts’s article “Immortality and Significance”. In this article, Smuts’s provides a defence of Williams’s basic thesis — viz. immortality would be undesirable — but he does so for different reasons.

In part one, I covered Williams’s argument and some of the basic criticisms thereof. As we saw, Williams claims that categorical desires are needed in order for life to be worth living. The problem is that if one lived forever, one would satisfy all of one’s categorical desires and end up being bored and apathetic. Williams’s argument was challenged from a variety of angles, some suggesting that categorical desires could be increased and rejuvenated, and some suggesting he placed overly-stringent conditions on a desirable immortal existence. In relation to this latter critique, the point was made that Williams claimed that the “self” must be preserved in order for the life to be worth living, but failed to give proper consideration to the possibility of living a life of varied but overlapping selves. Smuts’s himself agreed with this criticism of Williams’s argument.

With this preliminary discussion out of the way, we can move on to consider Smuts’s own arguments against the desirability of immortality. As we shall see, there are several distinct arguments that Smuts’s considers, but they all cluster around a common theme, captured by something I shall call Smuts’s Thesis.

Smuts’s Thesis: Immortality would lead to a general motivational collapse because it would sap all our decisions of significance.


Crucial to this argument is the notion of “significance”. Smuts’s spends a good deal of time fleshing out this concept and showing why exactly immortality would sap our decisions of it. In this post, we’ll consider two of the arguments he offers. The first, drawn from the work of Martha Nussbaum, I shall call the argument from finitude. The second, inspired by passages from Borges’s short story The Immortal, I shall call the argument from the insignificance of personal achievement. This second argument is only introduced in this post. Smuts offers various supporting arguments for it later in his article and we shall consider those in a subsequent post.


1. The Argument from Finitude
For our purposes, “significance” is simply the experiential property that makes continued existence worthwhile. The notion is undeniably fuzzy, but it is something we all typically experience. I write these blog posts because I think they are worthwhile: the experience of writing them is satisfying and I am motivated to do so. I studied and researched my PhD for similar reasons. But what exactly is the source of the significance associated with these actions?

Martha Nussbaum suggested that the source could be found in the finitude of human decision-making. The following quote from her expresses the point rather nicely:

The intensity and dedication with which very many human activities are pursued cannot be explained without reference to the awareness that our opportunities are finite, that we cannot choose those activities indefinitely many times. In raising a child, in cherishing a lover, in performing a demanding task of work or thought or artistic creation, we are aware, at some level, of the thought that each of these efforts is structured and constrained by finite time.(Therapy of Desire, p. 229)


The point here seems to be that, in making decisions, we are foreclosing ourselves from pursuing certain possible projects or outcomes. For instance, if I choose college A over college B to study for my first degree, I can’t go back and make the same decision again. My choice has consequences. I can withdraw from college A, or I can go back to college B later in life, perhaps, but the experience will be very different: I will be older; I will have lost some time; I may have other responsibilities that prevent me from having the full “college B experience”. What’s more, I can only do this kind of switching a limited number of times before other aspects of my life will catch up with me. For Nussbaum, the fact that my decisions have these sorts of consequences is one of things that makes them significant. It adds normative and prudential weight to them: due to finitude, I have to make my decisions count, for good or ill.

The problem with immortality, as Nussbaum points out later in the same passage, is that it robs our decisions of this normative and prudential weight. With an infinite amount of time to play with, and with the possibility of living as multiple overlapping selves, we never close ourselves off from possibilities. We can have as many bites at the cherry as we wish. This leads to the following argument against immortality:


This is an intriguing argument. But one may have several concerns about it.

First, one may worry that in highlighting the positive, weight-giving aspects of finitude, Nussbaum misses the negative aspects. The fact that our decisions close us off from possibilities is one of the great sources of regret and unhappiness in life. One is reminded here of Marlon Brando’s famous “I coulda been a contender” speech from On the Waterfront. Would it not be a good thing to get a chance to realise one’s dreams; to learn properly from one’s mistakes? Finitude only allows for limited amount of this. Consequently, question marks are raised as to whether the significance that is taken away by infinitude is not compensated for by its benefits.

Second, one may worry about the truth of premise (3). As we shall see in a subsequent post, Smuts’s thinks there may be some possibilities foreclosed by the decisions made in an immortal life. He thinks they would not suffice to give us significance for other reasons, but still he thinks they exist.
Let’s not belabour the analysis of Nussbaum’s argument too much for there is another argument that leads to a similar conclusion, but perhaps makes the case in a more effective manner.


2. The Argument from the Insignificance of Personal Achievement
The second argument is inspired by Borges’s short story “The Immortal”. As with everything by Borges, I recommend it to your attention. It tells the story of a Roman soldier who is told of a fabled City of the Immortals which lies on the banks of a river. If one drinks the water from the river, one becomes immortal. In the story, the soldier finds the city, meets the Immortals, becomes immortal himself, and eventually longs to lose his immortality.

Several passages in the story reflect on what it would be like to be immortal. The theme that emerges is that immortality is something of a curse. The Immortals are depicted as listless and apathetic beings, bored with the experiences their bodies and minds afford them. The problem for them becomes clear in the following quote from the story:

"They knew that over an infinitely long span of time, all things happen to all men. As reward for his past and future virtues, every man merited every kindness—yet also every betrayal, as reward for his past and future iniquities. Much as the way in games of chance, heads and tails tend to even out, so cleverness and dullness cancel and correct each other. There are no spiritual or intellectual merits….Homer composed the Odyssey; given infinite time, with infinite circumstances and changes, it is impossible that the Odyssey should not be composed at least once. No one is someone; a single immortal man is all men.


What emerges from this passage is that, given an infinite amount of time to play with, an immortal will lose all sense of personal achievement and merit. For in an infinite amount of time, everything that can happen to a person, or be made to happen by them, will eventually happen. They will exhaust all possibilities; they will do everything that it is possible to do. But this runs contrary to the conditions for personal achievement. To achieve something, one must triumph over adversity, one must make sacrifices, and, occasionally at least, one must distinguish oneself from one’s peers. Finitude is what makes adversity and sacrifice possible. If through mere perseverance one can do everything, then in no sense could one be said to achieved anything.

When we add in the assumption that the desire for personal achievement is a key motivator of human behaviour — i.e. that it is one of the things that lends significance to our decisions — we can reach the conclusion that an immortal human would lead an insignificant life. As follows:


Again, this is an intriguing argument. I think the point it makes is intuitively appealing: a sense of achievement is an essential feature of a life worth living. But the big question mark hanging over this argument is premise (7). Is it really true that there can be no triumph over adversity, no differentiation in levels of skill, in an immortal existence? Smuts’s tries to answer that question. We’ll see what he has to say the next day.
Posted by John Danaher at 3:24 PM