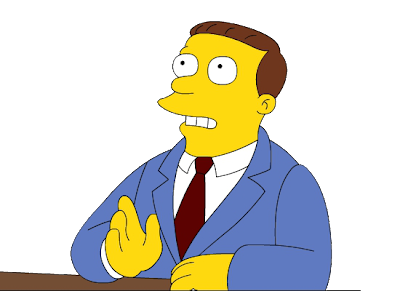 Just a quick post today. I’m currently preparing some lectures on the topic of law and morality. There are various ways in which to approach this topic. One could look at some of the abstract debates in legal philosophy between proponents of natural law and positivism; one could look at debates in legalisation and criminalisation, which I’ve been doing a lot lately; or one could look at the actors within the legal system and consider the role that moral reasoning has to play in their day-to-day activities.

It’s this third approach that I want to take today and I’ll do so by looking at lawyers and asking a common question: are lawyers immoral? To help me answer this, I’m going to enlist the help of Tim Dare’s book The Counsel of Rogues?, which looks at the so-called “standard conception” of the lawyer’s role and considers various criticisms and possible defences of that role.

Anyway, the remainder of the post is divided into two sections. The first outlines the standard conception and the second goes through the major criticisms of that conception.


1. The Standard Conception of the Lawyer’s Role
By and large, lawyers are greedy, self-serving, callous, money-grabbing and unsympathetic. Criminal defence lawyers often make careers out of defending the indefensible, doing their utmost for clients they know to be guilty, delaying justice for the victims of violent crime, and tying the police and courts up in ribbons of procedural regulations. And corporate lawyers are often even worse, prostituting themselves to the highest bidder, spending hours finding ways for companies to avoid paying taxes or searching for loopholes in environmental or safety regulations that the companies can exploit. To be sure, there are the odd few commendable Atticus Finch-type figures in the legal profession, but they are few and far between.

Or so, at least, goes a common and cynical view of the legal profession. What could provoke such ire for lawyers? The answer seems to stem from three core principles which lawyers adhere to in carrying out their duties. The principles are:

The Principle of Partisanship: A lawyer’s sole allegiance is to his/her client. This means that — within the limits of law but nothing else — a lawyer should do everything within his or her power to protect the interests of their client.

The Principle of Neutrality: A lawyer must remain neutral with respect to the moral merits of their client or of their client’s objectives. They must not allow their own moral view to distort or detract from the diligence or zealousness they put into defending their client’s case.

The Principle of Non-Accountability: A lawyer is not morally accountable for what they do when fulfilling their professional duties. Thus, if by the consequences of their actions, a guilty criminal is released and commits more crimes, the lawyer is not in any sense held to account for what has happened. In other words, a lawyer has a role-based excuse for their actions.


Taken together, these three principles form the core of the standard conception of the lawyer’s role. Interestingly, arguments can be made for why these three principles are a good thing. For instance, one can argue that by forcing lawyers to be neutral, partisan, but allowing them to non-accountable, the legal system ensures that everyone, no matter how socially oppressed or unacceptable, receives the legal protection they need. Nevertheless, there are many who criticise the standard conception. Let’s see what they have to say.


2. Criticisms of the Standard Conception
The standard conception of the lawyer’s role is criticised in several ways. We’ll look at five such criticisms here.

The first criticism is the most straightforward one: the standard conception encourages immoral or undesirable outcomes. Dare cites as an example the lauding of Max Steuer’s cross-examination in the Triangle Shirtwaist Fire Case. The case involved the owners of clothes-factory being prosecuted for manslaughter following the deaths of 146 workers in a factory fire. The allegation was that the company had shut the doors of the factory during working hours, contrary to legislation. Steuer, acting on behalf of the owners, managed to secure an acquittal after he undermined the testimony of one of the survivors of the blaze. The problem is that Steuer was praised for what he did despite the fact that most commentators believe the company owners were in the wrong, that they had shut the doors, and that the just result was prevented by Steuer’s professional skill. Thus, Steuer is commended despite contributing to an immoral outcome. This is not welcome.

The second criticism is existentialist in form and comes from the work of Gerald Postema. His argument is that by sticking to role-related responsibilities and duties, we deny one of our essential qualities, namely our freedom (and responsibility) to shape our own destiny. When lawyers identify with the constraints of their roles they are evading both their freedom and responsibility. This is a metaphysically problematic criticism, but it may appeal to some.

The third criticism is that the standard conception leads to moral insensitivity outside the role of the lawyer. In other words, the claim is that the kind of moral neutrality expected of lawyers within their professional roles will have spillover effects on the rest of their lives. The likelihood of this is particularly high when the individuals in question take their careers very seriously and thus find it increasingly difficult to “shake off” their professional garbs. Dare uses the example of the butler in Kazuo Ishiguro’s book The Remains of the Day who cannot fathom stepping outside the duties and stiff-upper-lippedness expected of a butler. In the story this has rather tragic results. Could something similar happen to the lawyer?

The fourth criticism is essentially the same only this time it suggests that the standard conception can lead to insensitivity within the lawyer’s professional life too. The argument is somewhat perverse in light of what has previously been said, but goes as follows: oftentimes lawyers have to empathise with the moral concerns of their clients. For instance, the person drafting a will who wishes to be “fair” to his offspring. But, so the argument goes, the moral neutrality that the lawyer has grown accustomed to may prevent them from empathising properly with such concerns.

This feeds into the fifth criticism, which is that the standard conception has a negative effect on lawyer’s morale and on the standing of the legal profession. By adhering to the three principles of the standard conception, lawyers open themselves up to being criticised as greedy, callous and immoral. This undermines the confidence and esteem in which they are held by the public, and has a negative effect on the individual lawyer and the profession as whole. Furthermore, lawyers may be forced to live with demoralising psychological effects stemming from their professional actions. For example, by being forced to support actions they themselves find immoral and thereby being forced to compartmentalise their moral lives.

I find this last criticism particularly interesting given that I know many practicing lawyers and have heard them complain about this themselves. I wonder whether this is an initial struggle with the demands of the profession which is eventually overcome, possibly once moral insensitivity has set in.

Okay, I’m going to leave it there. As I said earlier, Dare thinks it is possible to rehabilitate the standard conception and defend it from these criticisms. This is largely because the standard conception isn’t quite as simplistic as it is made out to be in this post. Dare thinks that lawyers do not have to defend outright immorality or compromise their moral lives in the manner envisaged here. Once we have a clearer conception of what the lawyer’s role in society really is, we will have a clearer sense of the obligations that attach to that role, and once we have that we’ll see how it possible to avoid these criticisms. But if you want to find out what this clearer conception of the lawyer’s role is, you’ll need to read Dare's book.
Posted by John Danaher at 12:24 PM