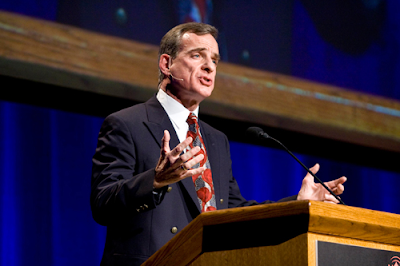 I've done quite few posts on William Lane Craig's arguments against morality and meaning in an atheistic universe over the past few years. And although I never intended the posts to form a coherent series, I nevertheless thought it might be worth collating and indexing them in this post. So here it is, all the posts I've ever written on this topic (in roughly chronological order, albeit divided into two subject areas):

(Note: A couple of these posts are only tangentially directed at Craig, but they do discuss ideas or concepts he relies on so I've decided to include them.)

1. Must Goodness be Independent of God?
This is a series about Wes Morriston's article of the same name. The series looks at Craig and Alston's solutions to the Euthyphro dilemma. This was an early attempt to get to grips with this issue, probably surpassed by some of my later efforts.

2. Some Thoughts on Theological Voluntarism
This was a post I wrote in response to the Craig-Harris debate way back in Spring 2011. Although prompted by that debate, the post tried to give a decent introduction to theological voluntarism and to highlight a possibly neglected critique of that view, one that Harris could have used in the debate.


3. Craig on Objective Morality
As part of his moral argument for the existence of God, Craig appeals to the notion of objective moral values and duties. But what exactly does he mean by saying they are "objective"? This series subjects the crucial passages in Reasonable Faith to a close textual and philosophical analysis. It also suggests a general methodology for determining the merits of any metaethical theory.


4. God and the Ontological Foundation of Morality
Craig insists that only God can provide a sound ontological foundation for objective moral values and duties. Is this right? With the help of Wes Morriston (once again) I try to answer that question in the negative.


5. Divine Command Theory and the Moral Metre Stick
In his efforts to avoid the revised Euthyphro dilemma, Craig sometimes relies on William Alston's analogy of the metre stick. According to this analogy, God stands in the same relation to the "Good" as the model metre stick stands in relation to the length "one metre". Does that make any sense? Jeremy Koons argues that it doesn't and in this series of posts I walk through the various steps of Koons's argument.


6. Is Craig's Defence of the Divine Command Theory Inconsistent?
Erik Wielenberg has recently argued that Craig's defence of the DCT is fatally inconsistent. This series looks at Wielenberg's arguments, but also goes beyond them in certain important respects by trying to address the deeper metaphysical reasons for the inconsistency.

7. William Lane Craig and the "Nothing But" Argument
Craig sometimes argues that on the atheistic view humans are nothing but mere animals or collections of molecules, and that this thereby robs humans of moral significance. Can this really be a persuasive objection to atheistic morality? Using the work of Louise Antony, I argue that it can't.

8. William Lane Craig and Ultimate Accountability
Craig believes that the absence of any ultimate accountability for immoral behaviour is a mark against an atheistic account of morality. Again, with the help of Louise Antony, I suggest that this is not the case.


I've written substantially less about this topic, but I'll add what I have done to the mix anyway. It might be of interest to someone.


1. Craig and Nagel on the Absurd
This was an early podcast I did comparing Craig and Nagel's arguments about the absurdity of life in an atheistic universe. Remember when I used to do podcasts? Maybe I should try again someday?Pa


2. Theism and Meaning in Life
A core tenet of Craig's worldview is that life in a godless universe would be devoid of meaning, purpose and value. With the help of Gianluco Di Muzio's article on this topic, this series of posts tries to do two things. First, it tries to clarify the logic of Craig's arguments against meaning in a godless universe; and second it tries to present an alternative, Godless conception of meaning that avoids Craig's criticisms.