Can the Giftedness Argument be Salvaged? (Part One) 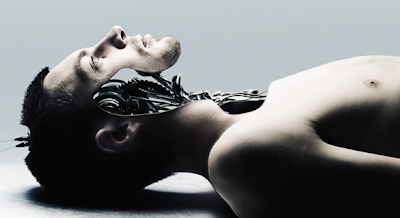 A while back, I wrote a post about Michael Sandel’s case against human enhancement. As noted at the time, Sandel’s central claim was that enhancement was bad because it caused us to lose appreciation for the gifted nature of our lives. On the face of it, this doesn’t look to be a particularly persuasive argument, and indeed it has been repeatedly criticised in the literature since it was originally presented (see the earlier post for some examples of this). But maybe there is more to Sandel’s argument than meets the eye?

Michael Hauskeller certainly seems to think so. In his 2011 article, “Human Enhancement and the Giftedness of Life”, he tries to rehabilitate, refine and reconstruct Sandel’s argument, defending it from common criticisms, and turning it into a powerful objection to the human enhancement project. Over the next few posts I want to take a fairly detailed look at Hauskeller’s attempted rehabilitation.

I’ve looked at two examples of these arguments already. The first was David Owens’s, which claimed that enhancement will remove the “fixed points” necessary for decision-making, thereby disenchanting our picture of the world. The second was Saskia Nagel’s, which claimed that enhancement will increase the number of decisions we have to make, thereby damaging our sense of well-being and increasing (in a negative way) our feeling of responsibility for our failures.

Sandel’s giftedness argument plays upon similar themes, though possibly in a more obscure way. With the help of Hauskeller I want to remove some of that obscurity, and subject the resulting arguments to closer scrutiny. I shall do this in a few parts. Today I kick things off by briefly revisiting Sandel’s arguments, and the criticisms thereof. I follow this up by distinguishing between the notion of the “given” and the “gifted”. As Hauskeller sees it, this distinction is crucial to understanding the strength of Sandel’s argument.

I should say at the outset that I am not entirely sympathetic to Hauskeller’s project. As I have said on other occasions, I am conditionally inclined to favour human enhancement and this inclination no doubt seeps through much of what I say about this topic. Still, I want to hear the best case for the opposing side, and I will try to present Hauskeller’s arguments in a charitable form. This sometimes means that I reconstruct his arguments a slightly different, but I think clearer and more formalised manner.


1. The Giftedness Argument and its Discontents
Let’s start with Sandel’s giftedness argument. In his book, The Case Against Perfection, Sandel presents the argument in the space of a few short paragraphs. To quote the most salient passage:

The deeper danger is that they (i.e. enhancement and genetic engineering) represent a kind of hyperagency, a Promethean aspiration to remake nature, including human nature, to serve our purposes and satisfy our desires. The problem is not the drift to mechanism but the drive to mastery. And what the drive to mastery misses, and may even destroy, is an appreciation for the giftedness of life…An appreciation of the giftedness of life constrains the Promethean project and conduces to a certain humility.


This passage contains a term I deem sufficiently important to warrant its own definition and because I don’t think anybody has done this before — not even Sandel — I will duly oblige:


There is obviously a bit of hand-waving going on here with the “virtually all…” comment. One could rightly challenge the definition on the grounds that it doesn’t pin down the precise moment at which one transitions from a state of normal agency into a state of hyperagency. I agree that this is a problem, but I still think the transition-point has to be somewhat fuzzy in a case like this. Many morally salient distinctions are fuzzy (for Sorites-type reasons) and I don’t think we can ever change that. I also think the definition is important, irrespective of its fuzziness, because it captures a concept that features not only in Sandel’s argument, but also in Owens and Nagel’s arguments. If this is something that bothers several critics of enhancement, it seem to me that it is worth isolating it, labelling it, and at least attempting to define it. Once we do this we can refine it in response to objections and clarifications.
With this definition on board, we can proceed to formalise the argument Sandel presents in the preceding passage. I think it runs something like this:


One can object to various premises in this argument. Buchanan for instance rejects premise (1), arguing instead that there will be many aspects of our lives that lie beyond our control even if we embrace the most radical forms of enhancement. This cuts off the initial conclusion (premise 3). Such criticisms are worth considering, but here I want to focus on objections to premise (4), since it is the defence of that premise that takes up Hauskeller’s time.

Standard criticisms of premise (4) point out that the humility inherent in the appreciation for the giftedness of life is not necessarily a virtue. Far from it. Harris and More, for example, argue that humility involves an unnecessary subservience to and acceptance of the natural order. This might be at home in a Christian or theological worldview, but not in a secular one. Similarly, it is argued that premise (4) seems to assume that the bequeathments of nature are invariably good. But this is clearly not true. One could be born with some congenital defect that makes life a misery. Is one supposed to appreciate this congenital defect? Ironically, this is something that Leon Kass, a notorious bio-conservative critic of enhancement, uses in critiquing Sandel’s argument. He argues that whole notion of “giftedness” is not very useful in this debate for the very reason that it cannot distinguish between good and bad aspects of our natural bequeathment.


2. The Given versus the Gifted
Hauskeller objects to this line of criticism in no uncertain terms. He suggests that these criticisms of premise (4) trade on the elision of two distinct concepts: the given and the gifted. The “given” covers all aspects of our natural bequeathment, good and bad; the “gifted” does not. It covers a much narrower band of bequeathments, those that are good for us in a particular sort of way.

In saying this, Hauskeller is playing a dangerous game. By defining the gifted as that which is good he risks begging the question. But he seems aware of this problem and tries to sidestep it by subjecting the concept of the “gifted” to a much more detailed analysis, isolating the essential properties of a gift, and drawing out some interesting conclusions about the social obligations emerging from gift giving. The result shifts focus from the gifted, to the attendant emotion of gratitude. I’ll quickly run through this analysis, starting with three essential properties of a gift:

It is good or intended to benefit: A gift is either something good that is given to us, or something that is intended to benefit us (assuming it is given by a person). Thus, a healthy body is gift, but a diseased body is not. Interestingly, Hauskeller acknowledges that a diseased body might be a gift in certain circumstances, specifically if it leads one to reorient one’s life to what is good an proper. He cites the example of Michael J. Fox here, who apparently claims that his Parkinson’s disease is a “gift” for these very reasons. I won’t comment on this suggestion now, except to say I worry that it renders the concept of a gift beholden to the rationalisation strategies of different people. The problem is that people might rationalise virtually every misfortune into a “gift”, meaning that the distinction between the given and gifted becomes blurry once more.

It must be accepted with gratitude: A gift is not a loan, nor is it something that the receiver can simply treat as they please. In receiving a gift, one takes on a curious and informal type of social obligation. The obligation requires one to accept the gift with gratitude.

Before doing that I want to conclude with a couple of comments about giftedness and atheism. Obviously, one thing that might disturb people about the giftedness argument is that while it fits well with a theistic worldview, it fits less well with an atheistic one. After all, it is often thought that another essential property of a gift — one that is conspicuously absent from Hauskeller’s list — is that it is alway given by one person to another. Thus, there cannot be a gift without a gift giver. On theism the natural world is God’s creation, so it makes sense to say that our own personal natures are gifts from God. But on atheism the natural world is just there, a product of chance or necessity, so it makes no sense to say that our personal natures are gifts.

Hauskeller actually spends a long time dealing with this problem in his article. In a section titled “the naturalistic conception of gratitude” he argues that there is a place for gratitude and giftedness in a completely naturalistic worldview. Indeed, he concludes that impersonal forms of gratitude and giftedness are more basic than the personal forms. There is an argument for this conclusion, but I don’t wish to discuss it here. I’ll just offer two observations. First, I basically agree that one can feel grateful without necessarily directing that emotion at other people. And second, in any event, I think the theistic notion of gratitude and giftedness is problematic. In many ways, it just creates problems similar to those raised by critics of Sandel’s argument, such as Kass. If all of nature is a gift from God, how come there are so many bad aspects to it? This leads to familiar problem-of-evil concerns.

Okay, I’ll leave it there for now. To briefly recap, Hauskeller’s goal is to rehabilitate Sandel’s giftedness argument. The first step he takes in this attempted rehabilitation is to argue that critics of Sandel elide the given with the gifted. If we isolate the latter, and figure out its essential properties, we will be in a better position to appreciate the strengths of Sandel’s argument. This comes about when we appreciate the role of gratitude in gift-giving. As we shall see in the next post, it is gratitude, not so much giftedness, that does the heavy lifting in the argument.
Posted by John Danaher at 12:25 PM