Revisiting Nagel on the Absurdity of Life (Part Two) 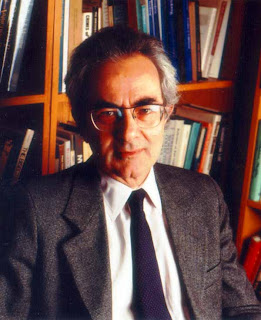 As an undergraduate student (in law), many many years ago,* I read Albert Camus’s book The Myth of Sisyphus. The work introduced me to absurdism, which is a philosophical position holding that life is devoid of all meaning and significance. It was a seminal moment for me, and an important stepping stone in my intellectual life.

But Camus’s book wasn’t particularly persuasive or perspicuous, so when I expressed my interest in absurdism to one of my friends (who actually did study philosophy), he recommended that I read Thomas Nagel’s famous article “The Absurd”, which he said presented a more rigorous and satisfying defence of absurdism. Does it?

Well, that’s what I’m trying to find out, several years after originally reading it. In the previous post, I looked at Nagel’s critique of the commonplace arguments for absurdity. I think I made it reasonably clear that I don’t find Nagel’s criticisms entirely convincing, largely because of a lack of clarity, but I think I also made it clear that — to be fair to the guy — critiquing those arguments wasn’t his primary aim. His aim was to present a better argument for absurdism, and the analysis of that argument is the goal of this post.

For those of you who made it through part one, rest assured that I won’t be nearly as dry or painstaking in my discussion here. That’s because, unlike the critical part of the article which lasted a mere two pages, Nagel’s positive case for absurdism runs for nearly ten pages. Subjecting each and every paragraph from those ten pages to a careful analysis and formal reconstruction would really be pushing it.

So I’ll be brief. First, I’ll set out my reconstruction of Nagel’s argument. Then, I’ll consider how he defends the key premises of that argument.


1. Nagel’s Argument for Absurdity
Nagel starts with an observation about absurdity in everyday life. He says:

In ordinary life a situation is absurd when it includes a conspicuous discrepancy between pretension or aspiration and reality: someone gives a complicated speech in support of a motion that has already been passed; a notorious criminal is made president of a major philanthropic foundation; you declare your love over the telephone to a recorded announcement; as you are being knighted your pants fall down.


I don’t know about you, but I find these examples a little odd. Some of them sound more like irony or misfortune than absurdity, but then again I’m not sure absurdity is a concept we are competent in using prior to any philosophical analysis. So I’m willing to go with the basic idea: that it is absurd when there is this mismatch between aspiration and reality.

But the paragraph quoted only talks about absurdity within someone’s life. It does not speak to the absurdity of life as a whole. What is needed for that? Nagel suggests, rather straightforwardly, that absurdity in life as whole simply requires the extension of his analysis to every event in life. In other words, life as a whole is absurd if there is a persistent and inescapable discrepancy between what we hope or desire for our lives and what reality grants us.

So what do we hope for our lives and what does reality grant us? The answer, according to Nagel, is that we treat our lives as matters of utmost seriousness (and hence seriousness is what we aspire to), but we are constantly thwarted by the fact that we can also view our life plans and goals as arbitrary and open to doubt. This gives us the basis for his argument, which runs as follows:


In the remainder of the post, I’ll look at how Nagel defends premises (3) and (4). They form the real backbone to his argument. The other two premises require less comment but some few words are in order. As for the first premise, which supplies the motivating principle, I noted above how the examples Nagel uses to derive this principle are odd. Still, as I also noted, I’m willing to run with it, if only because I don’t know of any other good candidate analysis of absurdity. The second premise is sort of a stipulation made by Nagel in the article, but I think it becomes more plausible if we look at how Nagel cashes out the notion of “treating one’s life with seriousness” and the “unavoidability of doubt”. I will say though — and this becomes more significant toward the end — the premise leaves open the possibility that not treating one’s life as a matter of serious concern might make it less absurd (or, rather, more livable). Nagel ends his article by endorsing this shift in attitude.


2. Defending the Premises
Let’s start with the defence of premise (3). As I said already, this premise is a little puzzling since, at the end of the article, Nagel advocates treating one’s life with irony. This suggests that even he thinks it is possible to avoid treating one’s life seriously and so to avoid the pitfalls of absurdity. But then again he also says “we take our selves seriously whether we lead serious lives or not” (p. 719).

[People] spend enormous quantities of energy, risk and calculation on the details [of their lives]. Think of how an ordinary individual sweats over his appearance, his health, his sex life, his emotional honesty, his social utility, his self-knowledge, the quality of his ties with family, colleagues, and friends, how well he does his job, whether he understands the world and what is going on in it. Leading a human life is a full-time occupation, to which everyone devotes decades of intense concern.


I think there’s a lot of truth in what Nagel says here, and I see a lot of myself in this description. Although I like to think of myself as a pretty ironical individual, with a healthy appreciation for the absurd, the reality is that I devote myself to my pursuits. I think it important to write blog posts, to read academic articles, to write research papers, to talk to my family, to cultivate my friendships, to develop and sustain a meaningful relationship with my partner, and so on. What’s more, I want my efforts in each of these domains to be taken seriously by others, to be appreciated for there successes and chastised for their failures. Heck, I even devote myself with utmost conviction to cultivating my ironical and absurdist attitudes.

So I can see what Nagel is getting at, and I can see the appeal of premise (3).

But on its own premise (3) is harmless. Devoting ourselves to our projects with utmost concern would be fine if those projects were proper objects of concern. It’s at this point that premise (4) arrives on the scene to spoil the party. Premise (4) claims that we can always view our life plans and goals as arbitrary and open to doubt. Thus, I can question whether I should be writing this blog post, whether I should be pursuing a career in academia, whether I should cultivate friendships and relationships and so on. There are many options out there, many other things I could have been doing, and there is no really reason to think my chosen path in life is better or more worthwhile than those.

There’s more to premise (4) than that though. Indeed, as I’ve just described it, it doesn’t seem all that different from the bad “Chain of Justification” argument that was discussed in part one. Nagel acknowledges this and tries to differentiate the argument he is making from that bad one. He is not simply saying that we have the power to question or challenge the reasons for our actions. No; he is saying we have the power to question the entire scheme of justification that sustains our lives in the first place. In other words, that we have the power to step back from the serious business of living, to view our lives sub specie aeternitatis (under the aspect of eternity):

We step back to find that the whole system of justification and criticism, which controls our choices and supports our claims to rationality, rests on responses and habits that we never question, that we should not know how to defend without circularity, and to which we shall continue to adhere even after they are called into question.


A commonly proposed escape route from this sceptical and cynical view is the “higher scheme” escape route. According to proponents of this view, our lives can regain significance and meaning if they have some role or function to play in a higher scheme, something that is bigger than ourselves. Thus, rebels fighting a revolutionary war might see their individual lives as having a significance within the revolutionary cause, or a Christina might see their lives as having significance in God’s plan for salvation. But Nagel argues that even these higher schemes can be called into question by taking the view sub specie aeternitatis. We can always question the validity and worthwhileness of the revolutionary cause or the divine plan, and this leads to an infinite regress. The solid ground we are looking for will never be found. It’s turtles all the way down.

What’s more, and this crucial, even after we take the sceptical view, we get sucked back into the business of living, and continue to take our lives seriously. Thus, although I have found myself questioning what it is all for — what value is there to my life, to the lives of my friends and family, to the existence of the human race, to the universe as whole, to the divine plan for the universe (if there is one), and so on — I still get on with the business of living, and I still take it pretty seriously. It is this juxtaposition of attitudes that lends human life its absurd and tragic aspect.


3. Concluding Thoughts
Or so, at least, Nagel argues. For him the effect of this argumentation is much like the effect of the arguments for epistemological scepticism. Once you’ve spent the requisite amount of time arguing about Descartes’ demon and wondering whether you might be a brain-in-a-vat, you will know that it’s very difficult to justify, conclusively, one’s core beliefs, such as belief in an external world. You have to just accept an arbitrary grounding and get on with it. Embracing absurdism is a little bit like that. The only antidote, according to Nagel, is to approach life with a sense of irony. That way we at least acknowledge the absurdity and avoid being overly serious. For if it is true that nothing really matters, then it is also true that it doesn’t matter that nothing matters.

I think there is much to Nagel’s argument, and certain aspects of it speak to my own experiences with doubt and philosophical questioning. But I’m still not convinced that it is correct. Premise (4) looks questionable to me. Implicitly, it relies on the belief that no life plan or pursuit is free from doubt or questioning. But as many others have argued, there may be activities and states of affairs that are intrinsically and necessarily good. These kinds of activities and states of affairs would not be open to the kinds of doubts that Nagel’s argument requires. If so, the discrepancy between aspiration and reality may not arise.

Anyway, I’ll leave you with some Louis C.K. talking about all the benefits you get from a “basic life” (definitely NSFW!).

* 2006 to be precise. Not sure if that fits with your definition of “many many years ago”, but it seems like it from my perspective.
Posted by John Danaher at 11:43 AM