How should we respond to moral risk? (Part One) 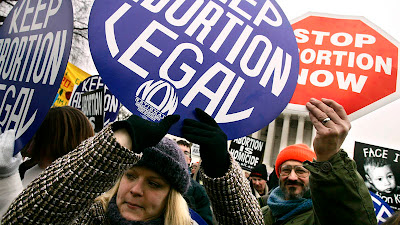 Philosophy can be an exhausting and debilitating business. As someone once said (I’m paraphrasing) “the unexamined life is not worth living, and the examined life isn’t all that great either”. One of the reasons is the unavoidable desire (and tendency) that philosophers have to “go meta”; to jump to a higher and more abstract level of debate. Just when you think you are beginning to get a grip on the arguments and reasons offered at one level of analysis, someone comes along and tells you that you need to start arguing about those arguments, reasoning about those reasons, analysing that level of analysis.

One example of this tendency to “go meta” can be found in the (burgeoning) literature on moral risk. As you are all probably aware, many ethical debates rely on obscure and hotly contested concepts and principles. What’s more, there is lot riding on whether we get those concepts and principles right. After all, if we don’t, we could be committing some grave ethical sin.

The literature on moral risk considers the implications of all this. It highlights how ethical reasoning (should) be seen to involve two distinct levels. The first level — which we can call the ground level — involves reasoning about the ethical principles and concepts that are relevant to a particular domain of ethical concern (e.g. principles of fair distribution). The second level — which we can call the meta-level — involves reasoning about the possibility that we get things wrong at the ground level. In other words, it involves working out how we should react to moral risk.

As much as the tendency to go meta wearies me, I have to admit that the possibility of getting things wrong (morally speaking) worries me quite a bit. Thus, I think there is merit to the philosophical analysis of moral risk, and I want to learn more about it. That’s why over the next two posts I’ll be taking a look at Dan Moller’s paper “Abortion and Moral Risk”, which is a useful entry point into the debate.

Moller’s paper gives a nice overview of moral risk, and shows how thinking about moral risk might affect our practical ethical decisions. He chooses the always-controversial test case of abortion to illustrate his approach. His analysis breaks down into two distinct phases. First, he tries to convince us that there is a very real risk of getting the ethics of abortion wrong. This is important because unless we acknowledge this risk the practical question of what to do about it — which is the primary question in the field of moral risk — will seem pointless. And second, having provided the requisite motivation, he looks at how this risk should affect our ethical decision making.

In the remainder of this post, I look at the first part of Moller’s analysis, leaving the second part to a subsequent post.

(Just a warning at the outset: I have no desire to make or defend any particular claims about abortion in this post or the next. The claims about moral risk are all that interest me.)


1. The Deprivation Argument
As I just said in the intro, ethical decision-making is high stakes and subject to much heated debated. Consequentialists and deontologists lock horns on a range of issues, and set up well-fortified ideological camps for arguing the pros and cons of many practical questions. But this disagreement, in and of itself, is not the basis for moral risk. No; the risk emanates from the esoteric and obscure principles and claims that support certain moral position.

Many examples could be chosen to illustrate this point — Moller explicitly mentions vegetarianism as a good one — but the one discussed in his article is abortion. This is a good example for a variety of reasons. It is contentious, likely to raise hackles, and the risks involved are asymmetrical (which is particularly important when come the second-level of analysis as we shall see in part two).
The only problem with using abortion as an example is that the literature on abortion is huge, encompassing many different arguments and theories. To make the example more manageable (and more useful) we’ll have to hone-in on a very small sub-section of it, specifically a section dealing with the Deprivation Argument against abortion. In its simplest form, this argument runs as follows:


If the argument is right, then abortion is a serious moral wrong (equivalent in wrongness to killing). If it is wrong, then abortion might be permissible (I say “might” because there are other arguments to consider here too). But how can we tell whether it is right or wrong?

The standard approach is to consider the reasons that could be offered for and against its respective premises. But suppose you do that, and at the end of the process, you decide that the argument fails: It provides no good reason to think abortion is wrong. Is that all you need to do in order to make a morally informed decision? Moller says “no”. You also need to pay close attention to the kinds of moral error you could be making in your assessment.


2. Two Examples of Moral Error in the Deprivation Argument
There are many errors you could be making, but let’s just focus on two for the time being. One relates to the second premise, and one relates to the first premise. We’ll start with the second premise. This premise contains the all-important phrase “deprives a person”. In doing so, it assumes that there is some identity relation between the foetus and the child or adult it may eventually become such that they are one and the same person. But is this true?

To answer that, we need some theory of personal identity. There are two leading theories out there, the Neo-Lockean theory and animalism. According to the Neo-Lockean theory — named in honour of John Locke — a person is a continuing subject of conscious experience. In other words, a person is an entity which is sentient, aware of its own sentience, and aware of its continuing sentience over time (alternatively, sentience is not critical here but rather some other overlapping set of psychological traits). Under this theory, the foetus is not a person who can be deprived of future positive experiences. The foetus (presuming the abortion is performed early enough) would not have the sufficient mental apparatus to develop the requisite psychological traits. So if we adopt a Neo-Lockean theory, we would conclude that the Deprivation Argument is false.

The picture is rather different under animalism. According to this theory, neither a continuing self-conception nor an overlapping set of psychological traits is essential for personal identity. Instead, personal identity is held to be an essentially biological characteristic. A person is just a particular set of dynamic, homeostatic biological processes. So what matters for identity over time is whether the foetus and the future child or adult share the same underlying set of biological processes. Arguably, they do. So if we adopt an animalistic theory, we would conclude that the Deprivation Argument is true.

The thing is, it’s very difficult to say which theory is right. There are a variety of arguments and considerations that could be marshalled in favour of one or the other, but the subject matter is so arcane, and the weighting of the arguments so difficult, that we could very easily make an error in favouring one over the other. That gives us our first possible moral error:

First Possible Moral Error: We could have the wrong theory of personal identity. Under the Neo-Lockean theory, the Deprivation Argument would be false; under Animalism, it would be true. But we could very easily make an error in favouring one theory over another.


This brings us back to the first premise, and the possible errors we could be making there. One obvious criticism of that premise is that it is too absolutist in nature. There are many times when it seems like depriving another person of future positive experiences is permissible. For example, killing in self-defence or assisting suicide (not that this isn’t without its controversies too). One way of exploring the bounds of permissible killing is to consider a range of thought experiments. One of the most famous of these thought experiments is Judith Thomson’s violinist case, from her 1971 article “A Defense of Abortion”. In this thought experiment, you are asked to imagine waking up one morning to find yourself hooked up to a famous violinist who needs to share your kidneys for nine months (otherwise they will die). You are then asked whether it is permissible to disconnect from him/her?

The suggestion from Thomson, and many others, is that it is. Hence, assuming this case is roughly equivalent to that of pregnancy, it follows that premise (1) is wrong and that abortion is permissible. But, of course, Thomson’s thought experiment is subject to all manner of objections. One of the most interesting comes from the work of David Hershenov, who suggests that the intuitions pumped by Thomson’s thought experiment might depend on distorting factors. Specifically, he argues that it is easy to change one’s reaction to these kinds of scenarios by grouping/linking the people involved in different ways, or by changing some of the variables so that the situation is classed as an emergency. I can’t do justice to his arguments here, so I advise reading his paper to get a feel for the different ways in which he tweaks the variables in the thought experiments.

Now, it may well be that Thomson is right, but how confident should we be of that? Knowing which moral intuitions from which thought experiments to credit is a complex task, one that we could easily get wrong. This gives us our second possible moral error:


3. Moving forward…
So when it comes to assessing the merits of this simple argument against abortion, there is very real chance of making a moral error. The principles, concepts and considerations involved are complex and arcane, and their successful evaluation relies on considerations and weightings which we are not well-positioned to evaluate.

But that’s only the first step. Thus far we have been reasoning at the ground level of ethics. Next, we need to jump to the meta-level, and figure out what we should do about the possibility of moral error. Should we change our behaviour? Or stick to our guns? We’ll find out in part two.
Posted by John Danaher at 5:55 PM