William Lane Craig and the "Nothing But" Argument 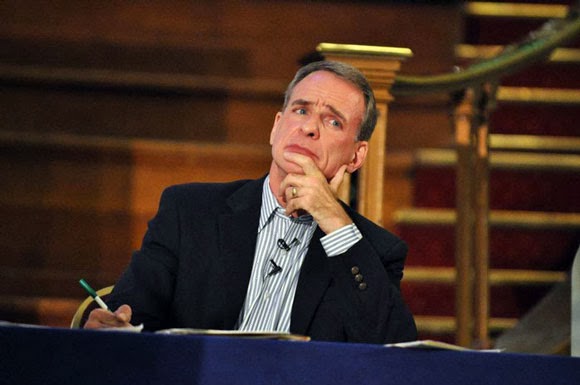 I’m going through a bit of a blogging lull at the moment due to the intervention of “real life” pressures. But since I don’t like to go without posting for too long I thought I would do something today to fill the gap until I can recommence the more serious stuff. And what better way to do that than to return to one of the predominant themes of this blog: morality and the philosophy of religion. This post is drawn from my reading of Louise Antony’s article “The Failure of Moral Arguments” in the book Debating Christian Theism. The article makes many excellent points about the alleged relationship between God and morality, I want to zone in on one of those points in this post.


1. Craig and the Nothing But Argument
In some of his debates and scholarly writings, Christian-apologist-extraordinaire William Lane Craig has been known to make disparaging remarks about the implications of materialist/naturalist ontologies for meaning and value. Several of these remarks take the form of a “Nothing But”-argument. Consider, for example, the following passage:

After all, on the naturalistic view, there’s nothing special about human beings. They’re just accidental byproducts of nature which have evolved relatively recently on an infinitesimal speck of dust called the planet Earth…


The key moves in this passage are highlighted in bold: the claim is that (if naturalism is true) there is nothing special about human beings because we are simply byproducts of random evolution. Elsewhere in the same book, he clarifies that the “nothing special” claim has to do with the moral value/status of human beings.

Similar instances of “nothing buttery” litter his writings. For example:

On the atheistic view, humans are just animals, and animals have no moral obligations to each other.


Or consider the following, even more remarkable, example:

But if man has no immaterial aspect to his being (call it soul or mind or what have you), then we’re not qualitatively different from other animal species. On a materialistic anthropology there’s no reason to think that human beings are objectively more valuable than rats. When a terrorist bomb rips though a market in Baghdad, all that happens is a rearrangement of the molecules that used to be a little girl.


As Antony notes in her analysis, the argument uniting these passages is somewhat opaque, being stated in rhetorically pleasing, enthymematic terms. If we subject the rhetoric to some critical analysis, we can see more clearly what is going on, and use this determine the true strengths and weaknesses of the argument.


On particular variants of this basic argument, the premises can seem quite objectionable. For example, Paul Draper has criticised the second premise of the “just animals” argument, noting that there is good reason to think that animals have moral status/value and that any belief in the “special” moral status of humans is prejudicial. Antony makes a similar observation but is more ambitious in her critique. She tries to identify a general structural problem shared by all versions of the argument.


2. The Three Meanings of “Nothing But”
The general problem has to do with the meaning of phrase “nothing but” and its impact on the plausibility of the argument. As she points out, the argument needs an extra premise in order to be valid. As follows:

The first is to view is as a compositional claim, i.e., to say that Qs are nothing but Ps is to say that Qs are made up of Ps. This take on the argument sits most comfortably with the “collections of molecules” variation. The problem is that it is patently false. Consider how it affects the key principle:

A second take on the meaning of “nothing but” is to view it as a contrastive claim, i.e. to use it to compare one type of thing to another. For example, if I claim that a particular politician is “nothing but” a shill for the pharmaceutical industry, I am implicitly drawing attention to something else that the politician might have been. Thus, he might have been an honest spokesperson for patient’s interests. How would a contrastive version of Craig’s argument work? Well, it could be used to draw attention to the immaterial beings or souls that humans might be on the theistic view:


The problem is that this creates a non-sequitur: the mere fact that humans are not immaterial does not imply that they are not qualitatively different from other animals or collections of matter. Likewise, the fact that the contrast remains implicit is, I think, significant. It allows the proponent of the argument to sidestep the important question of why immaterial beings would have moral value. Implicit assumptions of this sort are always bothersome to me. It reminds of naive indeterminists in the free will debate who assume that if they can prove that human behaviour is indeterministic they can also prove that it is “free”. Clearly this is not the case: indeterminism is insufficient for freedom. Similarly, immateriality is insufficient for moral value.

The final take on the meaning of “nothing but” is to view it as a deflationary claim, i.e. to use it to reduce or eliminate value from Qs. Antony argues that this is the only take on the argument that allows it to work in favour of Craig’s conclusion. The problem is that the argument is then question-begging in the extreme. It simply disparages or criticises things with property Q in a particularly intransigent and blinkered manner. Shelly Kagan put the point rather nicely in his debate with Craig. In a crucial phase, Craig had asked how something could possess intrinsic value solely in virtue of having a complex nervous system. To which Kagan replied:

If you put it as “complex nervous systems” it sounds pretty deflationary. What’s so special about a complex nervous system? But of course, that complex nervous system allows you to do calculus. It allows you to do astrophysics… to write poetry… to fall in love. Put under that description, when asked “What’s so special about humans…?”, I’m at a loss to know how to answer that question. If you don’t see why we’d be special… because we can do poetry [and] think philosophical thoughts [and] we can think about the morality of our behavior, I’m not sure what kind of answer could possibly satisfy you at that point.