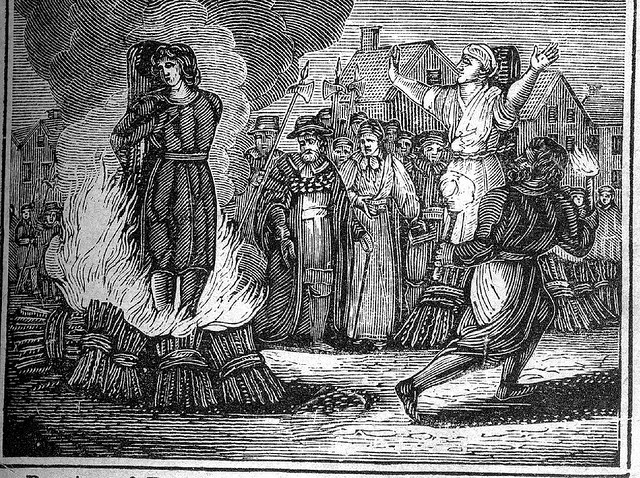 Welcome to the very first edition of the Philosophical Disquisitions Journal Club. This month the club is looking at a paper from Daniel Kodaj called “The Problem of Religious Evil”. This paper was the co-winner of the 2014 Religious Studies Postgraduate Essay Prize.

I chose this paper because it seemed like a good fit for this blog, given its long-standing focus on issues in the philosophy of religion, particularly issues relating to the problem of evil. As I noted last year, there has recently been a small, but nevertheless noticeable, trend among philosophers to refine the scope of the problem of evil.

Traditionally, that problem has been concerned with two categories of evil: (i) moral evil, i.e. evil caused by the (allegedly) freely-willed acts of human beings (and maybe some other moral agents); and (ii) natural evil, i.e. evil that is not caused by such acts. My feeling is that the debate between theists and non-theists about these two categories of evil has become increasingly stagnant and arcane.

The recent trend has reinvigorated things by identifying newer and more precise categories of evil, some of which create bigger problems for theism (or so at least the proponents of these arguments claim). Kodaj’s paper fits squarely within this trend as it identifies and develops an argument about a new category of evil, namely: religious evil.

The purpose of the journal club is to generate some discussion and debate about the contents of this particular article. So rather than write up a comprehensive analysis of Kodaj’s argument, I’m going to use this post to provide a very simple overview of the argument (corresponding, roughly, to the first 9 pages of the published article). I’ll then throw things open to the floor. Any and all comments on the paper and its arguments are welcome. Don’t be shy.


This definition is pretty generic. It doesn’t refer to any specific supernatural entity or principle. In the paper, Kodaj only discusses examples drawn from the Christian religion. This allows me to suggest a more restrictive definition:

Christian Religious Evil: Is any evil that is; (a) apparently motivated by beliefs about the Christian god; and (b) explicitly justified by reference to the purported dictates of the Christian God.


Kodaj gives two historic examples of Christian religious evil in his paper. The first is that of the witch hunts, which resulted in the deaths of thousands of innocent persons throughout the Western world from the 14th to 18th centuries (Kodaj says 15th to 17th centuries in his paper, but I’m pretty sure it was longer than that). The second example is that of the Crusades. Both of these incidents involved “horrendous evil”, i.e. the torture, mutilation and profound existential suffering of innocent people. Furthermore, both were apparently motivated and explicitly justified by Christian theism. Kodaj provides some evidence for this in his paper.

Although Kodaj develops his argument by reference to these two examples, he is keen to point out that the category of religious evil is not restricted to horrendous evils of this sort. It could also include other religious traditions and actions that support “political oppression, spreading homophobia, xenophobia, and misogyny” (Kodaj, p. 3).

Kodaj sets out the normative version of his argument in the following manner:

I find this argument to be cumbersome and awkward. I feel like the underlying logic could be expressed more elegantly. But even if it were, I am not convinced that the argument would be all that strong. It seems like it is essentially saying that we shouldn’t believe in something if it causes us to engage in immoral acts. The problem with this is that I’m not sure that the same principle, applied elsewhere, would be all that persuasive. For example, should I refrain from believing in evolution simply because it seems (in particular cases) to have caused people to engage in immoral acts? Maybe I’m missing something here.

I’m much more interested in the epistemic version of the argument which, unfortunately, Kodaj never sets out formally. To make up for this omission, here’s my rough take on it:


As I say, this is “rough”, but I think it captures the basic idea. I don’t know if (2*) is the best way of phrasing the idea underlying the argument, but it chimes with what Kodaj himself says at several junctures throughout the paper. For example, on page 5 he says “a morally perfect being would not create a world where faith in Him causes evil under any circumstance”. I would view this as an evidential version of the problem of evil, as it supplies a prima facie reason to doubt the existence of God. This must be weighed against other reasons in favour of His existence.

The main focus of Kodaj’s argument is the defence of premise (1).

Kodaj says very little in response to the first of these objections. He notes that perpetrators of these acts might argue that, say, the victims of the witch hunts and the Crusades deserved to die, but then implicitly dismisses this as an unreasonable stance to take. I think he’s probably right about this, but I also think there is much more to be said. Religious believers can be quite ingenious in coming up with reasons for thinking that what appears to be evil isn’t really evil after all. This is what theodicies are designed to do. Fortunately, Kodaj does address these later in his article.

The second objection can be called the Epiphenomenalist Defence since it claims that religious beliefs have no causal relationship to the evil acts. Kodaj argues that this is implausible because it generates a new epistemic defeater. Think about it. The proponent of this defence must claim that the perpetrator of the immoral act has a genuine religious belief (i.e. a true belief about God), but that this belief has no causal effects. This then raises the question: why are true religious beliefs so powerless? Wouldn’t we expect God to ensure that belief in Him improves our moral behaviour?

The third objection can be called the False Believer Defence since it claims that the perpetrators of these evil acts do not have true religious beliefs. This is quite unlike the epiphenomenalist defence, but it too generates a new epistemic defeater. Why is it that the perpetrators of these evil acts seem so darned religious? Why do they appeal to generally accepted religious beliefs and doctrines to support their wicked ways? Why would a morally perfect being allow for His doctrines and principles to be distorted and put to evil ends?

If you like, you can think of Kodaj’s response to the last two objections as a kind of dilemma:

Either the perpetrators of religious evil are not truly religious or their religious beliefs have no causal effect on their behaviour:


4. Summary and Questions
So that’s Kodaj’s basic argument. As you can see, the underlying idea is that the fact that evil is committed in the name of specific religious beliefs (particularly belief in the Christian god) generates defeaters for those beliefs. In the remainder of his paper, Kodaj goes on to show how the standard theodicies and replies to the problem of evil do not work for the problem of religious evil. He also suggests a partial solution to the problem, which is partial in the sense that it argues that religious evil may not be a problem if we assume there is some solution to the more general problem of moral evil.

With that, I’ll hand things over to commenters. I don’t wish to preempt or constrain the discussion in any way, but here are some questions people might like to ponder:

Comments below please.
Posted by John Danaher at 12:00 AM