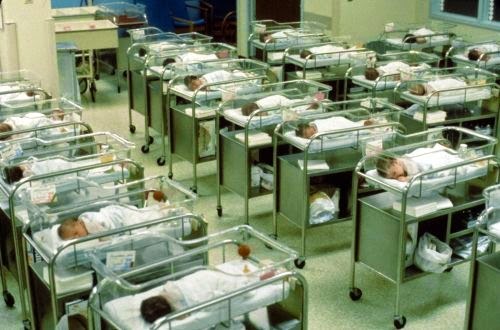 Welcome to this, the second edition of the Philosophical Disquisitions Journal Club. The goal of the journal club is to encourage people to read, reflect upon, and debate some of the latest works in philosophy. The club focuses on work being done in the philosophy of religion (broadly defined). This month we’re looking at the following paper:


The paper tries to fuse traditional concerns about the problem of evil with recent work in population ethics. The result is an interesting, and somewhat novel, atheological argument. As is the case with every journal club, I will try to kick start the discussion by providing an overview of the paper’s main arguments, along with some questions you might like to ponder about its effectiveness.


1. The Dialectical Context
One of the key features of Karlsen’s paper is his attempt to embed his argument in the debate about the problem of evil. It may be insulting to recapitulate the basic features of that debate here, but some scene-setting is in order. So here we go…

In doing so, he looks at the classic rebuttal of the LPE from Alvin Plantinga. Plantinga famously pointed out that the atheist’s threshold for success in this argument is pretty high. The atheist needs to show that God could never have a morally sufficient reason for creating beings that suffer, i.e. that there is no possible world in which the existence of God is compatible with the existence of suffering. But it is doubtful that the atheist could ever successfully show this. Indeed, there is good reason to think that there is a least one possible world in which the co-existence of God and suffering is not incompatible. To prove this point, Plantinga deploys his famous “Free Will Defence” (FWD), which argues that human free will is a good conferred by God on human beings, and that this particular good may entail the existence of suffering in at least one possible world.

Karlsen takes a broad perspective on this debate, using the back-and-forth between Plantinga and defenders of the LPE as an illustration of a problem he has with other proposed theodicies. The problem is that theists participating in this debate tend to assume that (a) God is a moral agent whose behaviour can be judged according to moral standards; and (b) that God had a morally sufficient reason for creating human beings who suffer. Karlsen doubts that both assumptions can be consistently sustained. He thinks that theists are working with an impoverished understanding of what counts as a morally sufficient reason for creation and are neglecting the implications of one widely accepted moral standard.


2. The Argument: God Did Not Benefit Us through Creation
So how does Karlsen’s argument work? It starts with the claim that there is one moral principle that nearly everyone can agree on. This is the principle of benevolence. In broad terms, this principle holds that a moral agent ought never to harm another being with moral status; they ought only to benefit them. More precisely (and for the purposes of Karlsen’s argument) it entails the following:

Principle of Benevolence: requires that harm be avoided unless its avoidance implies greater harm or deprivation of benefits that outweigh the harm.


Under this formulation, it is not the case that a moral agent can never harm another being, it is just that they cannot harm another being unless that harm is outweighed by greater benefits. There are some classic analogies that help us to understand the idea. If I am a parent, I can justifiably bring my child for a painful round of vaccinations (or other medical therapy). This is because the harm inflicted in the course of those treatments is outweighed by the benefit they bestow on the child’s long-term health.

All of this seems pretty reasonable, and unless one is a fideist or Ockhamist, one would probably agree that God is also bound by the principle of benevolence. Nevertheless, this gives rise to a problem. For, according to Karlsen, it is not the case that God actually benefitted us through the act of creation. Indeed, he may have harmed us by doing so. Consequently, he breached the principle of benevolence. And surely no being worthy of the name “God” would have breached this principle? To put these thoughts into a more formal argument:


(Note: this is my reconstruction of the argument. It differs slightly from the more cumbersome version set out by Karlsen in the article, but I think it retains the basic logic and the key premises).

What should we make of this argument? Obviously, there are a variety of ways for the theist to respond. They could deny (1) or (2), holding that God is not bound by the principle of benevolence or that we don’t have the right understanding of that principle. This would be pretty drastic, either amounting to a form of Ockhamism (“God determines his own moral standards”) or sceptical theism (“there are beyond-our-ken moral reasons for God doing what he does”). Both of those positions have their problems, some of which I have addressed in the past.

The more plausible theistic response would be to deny premise (4). After all, that premise relies on a controversial thesis, viz. that coming into existence cannot be a benefit to the being that comes into existence. Furthermore, that premise is crucial to the inference to the conclusion stated in premise (5). It is only if creation benefits the non-existent that the suffering in existence is morally justified. Let’s look at what can be said about this thesis now.


3. Is Existence a Benefit?
It is very common for people to assume that existence is better than non-existence; that being alive is, all things considered, a benefit to the living. As Bertrand Russell once put it, this is the reason why children are “exhorted to be grateful to their parents”. But how credible is the idea? At this point in the paper, Karlsen reviews a number of debates and positions in population ethics. I won’t go through all of them here. I’ll just highlight some of the main conclusions.

First, and following the views of Nils Holtug, there does seem to be one obvious way in which we can deny premise (4). We can say that if we cause a person to come into existence whose life is, on balance, worth living, we are benefitting them. And vice versa. Thus, if we cause a person to come into existence and their life is nothing but unending misery and suffering, we are not benefitting them; but if their life is full of joy and satisfaction, then we are. This view assumes symmetry between the harms and benefits of existence and non-existence. In other words, it assumes that existence can be, on balance, beneficial, and that non-existence can be, on balance, a deprivation of benefits (and vice versa). Call this the symmetry thesis.

The symmetry thesis is somewhat attractive, and does seem to track how people think about the benefits of existence. Still, it has a number of problems. For starters, it would seem to run into the non-identity problem. This problem has to do with the fact that a subject needs to exist before we can make claims about what will harm and/or benefit that subject. All talk about the harms and benefits of non-existence seems odd because there is no subject in existence who can be harmed or benefitted. Holtug (and others) get around this problem by claiming that we are not talking about individual agents but rather classes of possible agents (i.e. we are not talking about different states of the same person but about different states of affairs in general). Thus, it is not that existence or non-existence is beneficial for a particular agent, but rather that it can be for agents as a general class. This may skirt the non-identity problem, but it then runs directly into another one. The general class of non-existent agents is very large indeed. It could be that we are failing to benefit all members of this general class by not bringing them into existence. Should we be concerned? Should there be a massive push to ensure that all agents with potentially beneficial lives are brought into being? This would seem odd indeed (Parfit’s “repugnant conclusion” becomes relevant here).

There are various possible refinements to the symmetry thesis, some of which are discussed by Karlsen in the article. In the end he thinks they all run into the same basic problem: they seem to lead to absurd (and repugnant) views about our obligation to procreate. For if non-existence can be harmful (either in person-affecting terms or in impersonal terms) it would seem like a moral agent would have to do something about it. This leads him to consider the case for the alternative asymmetry thesis. According to the asymmetry thesis, there is reason to think that non-existence is very different from existence. Specifically, there is reason to think that non-existence is not harmful (or benefit-depriving).

This then gives Karlsen what he needs to defend premise (4) of his argument. If anti-frustrationism is true, then it is also true that the non-existent are not being deprived of benefits. It would then follow that God lacked a sufficient moral reason to bring agents into existence, particularly ones that seem to suffer greatly. Consequently, we have reason to suspect that God would not bring such agents into existence and so the fact that we exist and we suffer gives reason to think that God does not exist.


4. Questions
I have to say, I like several features of Karlsen’s argument. I like how he draws from the literature on population ethics, and I like how he draws our attention to the issue of God’s moral reasons for bringing us into existence. Nevertheless, I find the paper a little bit messy, like it was trying to do too much in too short a space. Here a couple of questions I think might be worth pondering:


What do you think? Please fell free to comment below.
Posted by John Danaher at 7:30 AM