New Paper - Will life be worth living in a world without work? 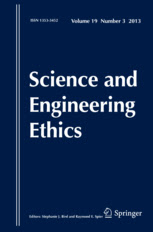 I have a new paper coming out in the journal Science and Engineering Ethics. You can access the official version along with preprint versions below. The paper draws together many of the ideas in my series on technological unemployment and the value of work, and I discussed the main argument in this podcast interview on Review the Future. Still, I think there is some new stuff in this paper too, and it's probably the best place to go to understand my current thinking on this topic.

Title: Will life be worth living in a world without work? Technological Unemployment and the Meaning of Life

Abstract: Suppose we are about to enter an era of increasing technological unemployment. What implications does this have for society? Two distinct ethical/social issues would seem to arise. The first is one of distributive justice: how will the (presumed) efficiency gains from automated labour be distributed through society? The second is one of personal fulfillment and meaning: if people no longer have to work, what will they do with their lives? In this article, I set aside the first issue and focus on the second. In doing so, I make three arguments. First, I argue that there are good reasons to embrace non-work and that these reasons become more compelling in an era of technological unemployment. Second, I argue that the technological advances that make widespread technological unemployment possible could still threaten or undermine human flourishing and meaning, especially if (as is to be expected) they do not remain confined to the economic sphere. And third, I argue that this threat could be contained if we adopt an integrative approach to our relationship with technology. In advancing these arguments, I draw on three distinct literatures: (i) the literature on technological unemployment and workplace automation; (ii) the antiwork critique — which I argue gives reasons to embrace technological unemployment; and (iii) the philosophical debate about the conditions for meaning in life — which I argue gives reasons for concern.