How do we Enhance Cognition through External Representations? Five Ways 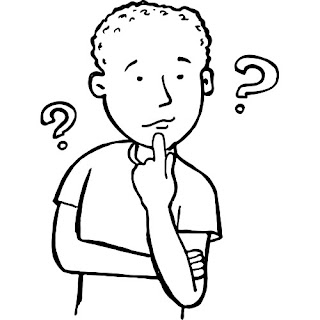 I use pen and paper to do most of my serious thinking. Whether it is outlining blogposts or academic papers, taking notes or constructing arguments, I pretty much always take out my trusty A4 pad and pen when I run into a cognitive trough. To be sure, I often mull ideas over in my head for a long time beforehand, but when I want to move beyond my muddled and incoherent thoughts, I will grab for my pen and paper. I am sure that many of you do the same. There is something cognitively different about thinking outside your head: creating an external representation of your thoughts reveals their strengths and weaknesses in a way that internal dialogue never can.

In a recent post, I suggested that the humble pen and paper might be examples of truly complementary cognitive artifacts — artifacts we use to perform cognitive tasks that don’t simply supplement or provide useful short-term props for cognition but actually improve our thinking in a manner that would not be possible in their absence. I was pretty sketchy about how such artifacts might work their cognitive magic in that post, but I’ve just been reading David Kirsh’s paper ‘Thinking with external representations’ and he provides some insights.

The paper is not a huge amount of fun to read, but it does contain some good examples. Kirsh is a proponent of situated/embodied cognition. He believes that human cognition always involves some kind of dynamic interaction between our bodies and our environments. He holds that external representations (drawings, maps, diagrams, bits of writing etc.) are an important way to enhance our cognitive abilities. He goes on to identify several distinct ways in which this happens. I want to share those ways in this post.


1. The Important Principle: Externalisation often lowers the cost of cognition
In the abstract to the paper, Kirsh claims that there are seven distinct ways in which the use of external representations enhance cognition. To be honest, I couldn’t really identify seven in the body of his paper. I wasn’t helped by the fact that Kirsh doesn’t actually identify the distinctions by number in his paper: he leaves that up to the reader. I’m sure it depends on whether you are a lumper or a splitter, but by my estimation it’s more like there is one major way in which externalisation enhances cognition and then four others.

I’ll start with the major one. This is tied into Kirsh’s preferred theory of cognition. As I mentioned, Kirsh is a proponent of embodied/situated cognition. This is a theory within cognitive science. It holds that thinking (the act of cognition) is not a purely brain-based phenomenon. The mental concepts and categories we form are, according to proponents of the theory, shaped by other aspects of our biological nature and the way in which we relate to our environments. Indeed, there is probably no such thing as purely brain-based cognition. Even the ‘highest’ and most abstract forms of thought involve some dynamic interaction between our brains and the world outside our heads. Some proponents of embodied cognition, like Andy Clark, go further and argue that humans are natural born cyborgs, always extending their minds beyond the cramped confines of their skulls.

One way to get your head around this is to think in terms of a schematic diagram. We have an agent — a human thinker — embedded in an environment. Cognition is the result of information being processed from that environment. But the agent’s body affects how he perceives and process that information. So on pretty much every occasion, cognition is not simply a brain-based phenomenon. It relies on some mediation between brain, body and environment.

It’s more interesting than that, of course. On some occasions (maybe even most) the agent will rely on some external artifact to assist in the performance of a cognitive task. When preparing to cook a meal, for example, s/he will open a cook book to the relevant page, mark elements within that page, perhaps scrolling through the text with their finger. They will also arrange their ingredients into a workspace, setting up a logical order in which to prepare and assemble those ingredients. The external representations provide a scaffolding for cognition: without them it would be much more difficult to perform the task. 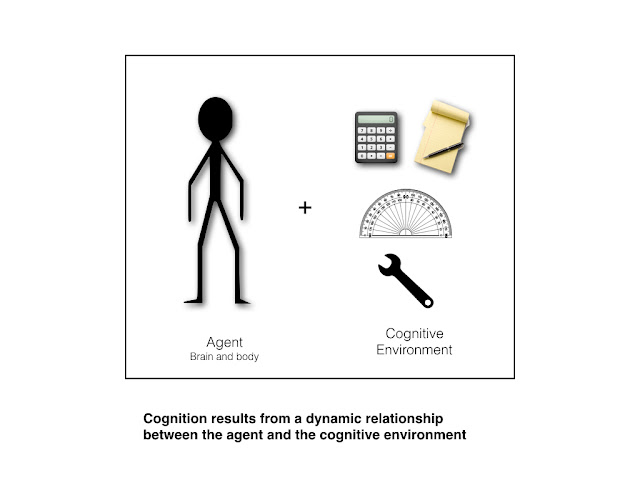 Now here’s the important idea: Cognition is costly. It uses up energy. There is, consequently, an incentive to make it cheaper. If you’re very brain-centric in your approach to cognition, you might think that the only way to reduce the cost of cognition is to improve the efficiency of your brain-based information processing. Learn and master the tasks you want to perform so that they use up less neural energy. But once you recognise the central insight of embodied cognition, you see that this is not the only way. You can also reduce costs through externalisation: by offloading some of the cognitive energy to external cognitive scaffolds. For example, it is often much ‘cheaper’ to keep track of a recipe in a book than to store it all in your head.

That’s the main reason why externalisation enhances cognition. There is an incentive for cognitive tasks to flow to the place in which they can be performed most cheaply and since cognition is not a purely brain-based phenomenon, the cheapest site of performance is not always going to be inside the head.

They create shareable objects of thought: Creating an external representation of a thought turns it into an object that others can perceive and interpret. This enables collaboration - the power of many minds working on a similar cognitive problem. In many ways, this is what scholarship and research is all about. Scholarly papers translate arguments and theories that might otherwise be stuck in people’s heads into shared objects of thought. Others can then come in and refine, critique and improve upon those arguments and theories. It’s possible to do some of this through dialogue, but the scope for collaboration is greatly increased through externalisation.


They facilitate rearrangement and new cognitive operations: Creating an external representation can allow you to bring together ideas that are distant in logical space and perform cognitive operations that would be difficult without representation. This might be the main advantage of externalisation. By putting thoughts and ideas down on paper — often through schematic diagrams or argument maps — I can literally ‘see’ how thoughts relate to one another and combine them in new ways. Kirsh gives the simple example of a jigsaw puzzle in his article. Imagine trying to assemble a jigsaw puzzle via purely mental representations and rotations of pieces. It would be practically impossible. Having external representations of the pieces, and being able to move them around in physical space, makes it practically possible.


They are often more stable and persistent than mental representations: By externalising your thoughts you usually encode them into an object that is more stable and persistent than a mental representation. This is a very important factor for me. It is well-known that memory is a fallible, dynamic and reconstructive phenomenon. Our brains are not like video recorders. They do not store perfect representations of real-world events. Rather, our memories get dynamically integrated into how we perceive and understand the world. The act of remembering involves reshaping the past. This dynamic integration has its advantages, but it also makes it more difficult to recover exactly what you were thinking on a previous occasion. Externalisation helps to address this problem. Indeed, I find that if I don’t get thoughts and ideas down on paper I often lose my ‘train’ of thought. This can be very frustrating when I previously thought I had hit upon some insight.


They enable re-representation: Once you create an external representation of a thought, you can often re-represent it as something simpler and more elegant. For instance, I might have the bones of argument rattling around my head. When I put it down on paper first, it might consist of ten premises and two conclusions. But when I analyse those premises and conclusions in their represented format, I realise that a few of them are redundant. I can simplify the argument to something with only three premises and one conclusion. Not only that, I can then combine this newly simplified argument with another simplified argument, thereby chaining together two previously distinct (and complicated) representations. I can repeat this over and over creating representations of significant complexity. What’s more, I can combine many different forms of representation (writing, music, images) to add new perspectives to the original set of thoughts. 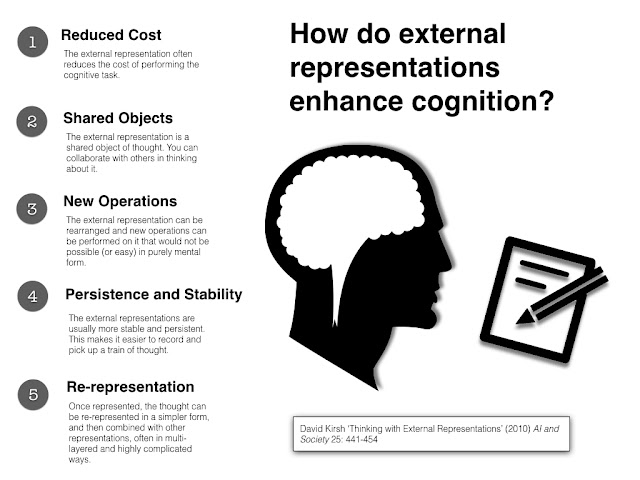 
This might seem a little bit obscure. Kirsh takes the idea from work done by John Von Neumann who argued that some natural phenomena may be too complex to be reduced to simple equations. The simplest way to understand them would be to create models of the relationships underlying the phenomena. A good example of this is the behaviour of an n-body system, e.g. the planets in the solar system. Kirsh suggests that an orrery — a simple analog model of the planets — is the easiest way to model and predict the movement of the planets.

This sounds plausible to me, but I’m not sufficiently expert in the mathematics of complex systems to question it. The important point is that external representations can, and frequently do, improve the quality of our thinking. If you want to ‘enhance’ cognition, you are usually going to be better off reaching for a pen and paper than you are a box of modafinil.