Why Non-Natural Moral Realism is Better than Divine Command Theory 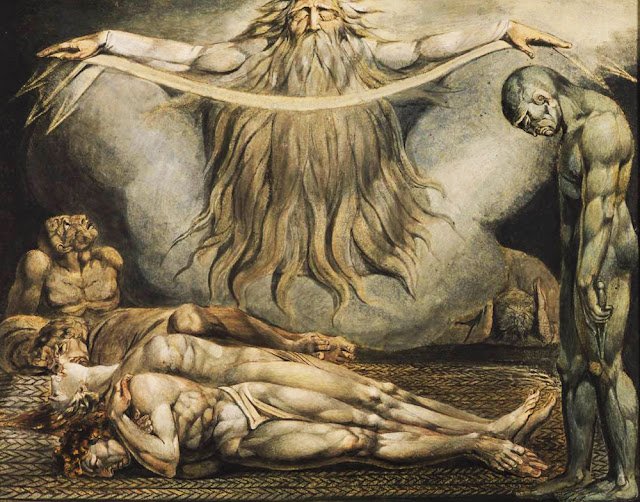 It’s been a while since I wrote something about theism and morality. There was a time when I couldn’t go more than two weeks without delving into the latest paper on divine command theory and moral realism. More recently I seem to have grown disillusioned with that particular philosophical joy ride. But last week Erik Wielenberg’s new paper ‘Euthyphro and Moral Realism: A Reply to Harrison’ managed to cross my transom. I decided I should read it.

I am glad I did. It is an interesting paper. As you might guess from the title, it is a reply to another paper by the philosopher Gerald Harrison. In that paper, Harrison took defenders of divine command theory (DCT) and non-natural moral realism (NNMR) to task. He argued that two of the standard objections to divine command theory — usually based on the infamous Euthyphro dilemma — apply equally well to non-natural moral realism. And since many defenders of the latter are harsh critics of the former, this should be a cause of some embarrassment.

Now, Wielenberg is a defender of NNMR and he doesn’t think he needs to feel any embarrassment. The goal of his paper to explain why. I want to go through his main arguments in the remainder of this post.


1. Two Criticisms of DCT and NNMR
I have to start by going back to Harrison’s paper. The main purpose of that paper was to argue for something Harrison called the parity thesis. The essence of this thesis is that the main flaws associated with DCT apply equally well to NNMR. That is to say, they are similarly situated with respect to two major metaethical problems. What are those problems? Well, it all goes back to the Euthyphro dilemma. As you’ll no doubt recall, in Plato’s Euthyphro, Socrates and Euthyphro have a debate about the origin of moral properties like good/bad and right/wrong.* Euthyphro — who stands in for the modern defender of DCT — insists that those properties originate in the will (commands) of the gods. Socrates wonders whether those properties really originate in divine will or whether they are divinely willed because they have those properties. He thinks that both interpretations have their problems.

To take a simple example, suppose we all agree that it is wrong to torture an innocent child for fun. Where does the wrongness come from? Euthyphro and the proponent of DCT suggests that the wrongness comes from the command of God. It is wrong because God has prescribed against it. But Socrates suggests that this cannot be right. If it is only wrong because God commands against it, then we run into the problem that there is a possible world in which God did not issue that command. Indeed, there might even be a possible world in which God insists that we do torture innocent children for fun. That doesn’t sit right because there doesn’t seem to be anything that could make torturing innocent children for fun right. In other words, it seems like any two act-tokens that shared all their non-moral properties with respect to the innocence of the children, the nature of the torture, and the intention for doing it, could differ in their moral properties. But if you respond to the problem by saying that the wrongness doesn’t come from God, but rather God commands against torturing innocent children for fun because it is wrong, you seem to sweep away the original rationale for the DCT, namely: to provide the foundation for wrongness. If God only commands that which is already right/wrong, then His command does not make the moral difference we would like it to make. That’s the Euthyphro dilemma.

Theists have some solutions to this dilemma. The most popular is that God’s nature sets limits on what he can and cannot command. I won’t go into those solutions here though because I have done so on previous occasions and I believe that ‘solutions’ of this sort simply push the dilemma back a further step.

The important point for present purposes is that the Euthyphro highlights two problems for the proponent of DCT:

This gives us the parity thesis.


2. Problems for the Parity Thesis
There is an oddity to Harrison’s analysis. Many philosophical theists (I use the term ‘philosophical’ in order to contrast them with ordinary believers) are proponents of something called ‘perfect being theology’. They think God is the most perfect being that there can be. He is omnipotent, omniscient and omnibenevolent (or, if ‘omni’ is too strong, he is maximally powerful, knowledgeable and benevolent). Harrison isn’t a fan of perfect being theology. He favours something he calls ‘strange powerful creature’ theology. This claims that God is a powerful supernatural being, but not necessarily a perfect being.

The peculiarities of Harrison’s theology becomes important when we turn to Wielenberg’s critique. Wielenberg insists that the proponent of NNMR should not fear the parity thesis. But his insistence is strongest when it comes to the contrast between NNMR and the perfect being version of DCT. His criticisms might be less persuasive for the proponent of the strange powerful creature version of DCT. This, however, is not a major limitation since, as even Harrison acknowledges, most proponents of DCT favour the perfect being view. They do so because appealing to God’s maximal goodness is one popular way to resolve the Euthyphro dilemma.

Enough of this. What is Wielenberg’s critique of Harrison? It starts by distinguishing between two kinds of objection:

Objection A: Not-P is true; theory T entails P; therefore theory T is incompatible with a truth and hence T must be false.

Here is an example. We know for a fact that objects of different mass fall at equal rates in a vacuum. Now suppose we have two different theories of gravity. One theory tells us that objects of a different mass should fall at different rates. That is to say: it is a logical derivation from the axioms of the theory that objects of different mass fall at different rates. The other theory says nothing about the rate at which objects should fall in a vacuum. It fails to explain or account for the fact that they fall at the same rate, but there is nothing in the axioms of the theory that contradicts or undermines that truth. The first theory thus falls foul of Objection A: it cannot be true because it contradicts something we know to be true. The second theory falls foul of Objection B: it cannot explain something we know to be true. This makes the second theory much stronger than the first. Objection B is still a problem for the theory, but it is not a fatal problem. The only way it becomes a problem is if it turns out that there is some rival theory of gravity that does explain the fact that objects fall at the same rate. If there is such a theory, then you will need to conduct a theoretic comparison: assessing both theories on the totality of their merits. The rival theory may be better than the original one if it accounts for more truths, but if the rival theory only accounts for the truth of objects falling at the same rate in a vacuum, we may still prefer the original theory.

This is relevant to the present debate because, according to Wielenberg, the possibility of morally acceptable horrendous deeds (HD) and the explanatory incompleteness of natural facts (EI) are like Objection A to DCT, and like Objection B to NNMR. In other words, HD and EI are nearly fatal for DCT because DCT entails their truth; but they are mere flesh wounds for NNMR - a puzzle that NNMR fails to explain but which is only a problem if there is some alternative, superior moral theory.

Let’s try to unpack this claim. The problem for the perfect being variant of DCT is that it seems to entail that horrendous deeds could be morally acceptable. If God is truly all powerful, and if one of God’s powers is to determine what is morally acceptable or not, it follows that there is a possible world in which horrendous deeds are morally acceptable. This contradicts what we intuit to be true. You might respond to this by suggesting we ditch our moral intuitions in favour of the theory, but it is very difficult to do this because our moral intuitions seem to be more epistemically secure than DCT.

Contrariwise, NNMR entails neither of these problems. Harrison’s claim (to quote) about NNMR is that “if moral properties are not reducible [to natural properties], then there seems to be no principled way of ruling out the possibility of a naturalistically identical world to this one in which moral properties are differently arranged” (Harrison 2015, 110). This is fair, insofar as it goes. But it doesn’t go very far. Although it is true that NNMR cannot rule out the possibility of a world in which horrendous deeds are morally acceptable, it doesn’t entail that there must be a possible world in which they are. Similarly, although NNMR does entail that natural properties fail to fully explain or account for moral properties, it doesn’t entail that they make no explanatory contribution to those moral properties. Indeed it is consistent with the belief that they make some explanatory contribution.

All of this means that the parity thesis fails to find purchase. There are significant differences between NNMR and perfect being versions of DCT.

There is more to be said, of course, but I'll leave that to another day.