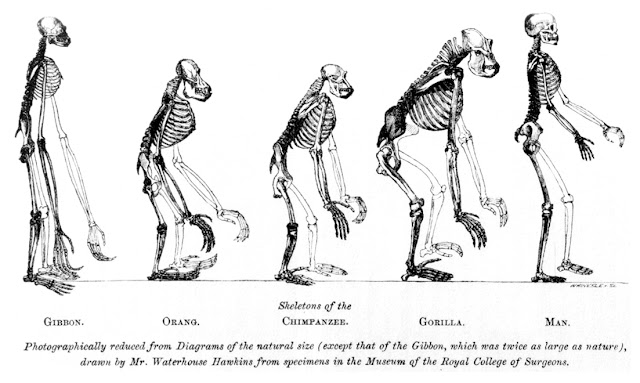 We hear the term bandied about all the time. A man cheats on his wife. We are told that this is simply part of his 'nature’ - that men have evolved to be philanderers. Two young men fight on the streets, taunting and goading each other on. This too is said to be part of their nature - they have evolved modules that predispose them toward violence and jockeying for status. Some people have dedicated their lives to studying and identifying all the constituent elements of human nature, convinced that their inquiries are unearthing important truths about the human condition.

Are they right? Is there a tractable concept or idea of human nature that can form the basis of their inquiries? Or are they like theologians debating the properties of angels dancing on the head of a pin? This is a fundamentally philosophical question. It has nothing to do with particular claims about human nature — such as the two, highly contentious claims with which I opened this post — and everything do with the concept of human nature. How ought it be understood or defined?

According to some philosophers, there is no such thing as human nature. According to them, to think that humans (or other animals) have some stable ‘nature’ is contrary to one of the central tenets of modern evolutionary biology. Others think that there is a defensible concept of human nature. In this post, I want to take a look at some of the arguments that are presented in this debate.

I do so through the lens of Edouard Machery’s article ‘A Plea for Human Nature’. As you might guess from the title, Machery is one of the philosophers who thinks that there is a defensible concept of human nature. He defends his view by looking at two arguments from the work of David Hull, one of the leading critics of the concept of human nature. Let’s take a look at what he has to say.


This is a classic, Platonic view. It is premised on the belief that every object, event or state of affairs (every ‘kind’) has a set of necessary and sufficient properties that determine its ontological status (a set of ‘essences’). The essence of being a triangle, for example, would be ‘having three sides’. Any object that had more than three sides could not be a triangle. In the case of human beings, this essentialist view usually translates into the claim that things like intelligence, humour, morality, reason, and language are distinctively and essentially human. They are what define us and mark us out as different from other animals. They constitute our nature as human beings.

The essentialist view is to be contrasted with something Machery calls the ‘nomological view’:

Nomological view of Human Nature = The claim that human nature is the set of properties that humans tend to have due to the evolution of their species.


The nomological view does not try to identify what is distinctive or special about human beings. It simply tries to identify properties that humans exhibit that are best explained by their evolutionary (and not by their cultural) heritage. Examples of properties that proponents of this view claim to be part of human nature would include bipedalism, sexual dimorphism, and large brains.

2. Hull’s Anti-Essentialism Argument
To see how this plays out, let’s first consider David Hull’s famous anti-essentialist argument. Here is the relevant text from Hull’s paper setting out this argument:

Generations of philosophers have argued that all human beings are essentially the same, that is, they share the same nature… In this paper, I argue that if ‘biology’ is taken to refer to the technical pronouncements of professional biologists, in particular evolutionary biologists, it is simply not true that all organisms that belong to Homo Sapiens as a biological species are essentially the same… periodically a biological species might be characterised by one or more characters which are both universally distributed among and limited to the organisms belonging to that species, but such states of affairs are temporary, contingent and relatively rare.

According to the modern view, species are not immutable Platonic kinds. They are all part of one great tree of life. Individual organisms reproduce by exchanging and combining genetic material. This, allied with occasional mutations in DNA, leads to variation in their offspring. The core truth of evolutionary biology is that life (across space and time) is just one teeming mass of variation, with some stable clusters of organisms within it. These stable clusters only exchange genetic material with one another and they form what we call ‘species’. But their clustering is just a contingent accident of evolutionary history and even within these breeding populations there is considerable variation in offspring.

As a result, there is no ‘essence’ to any particular species. As soon as you identify a property that you think is shared by all (and only) members of a particular species, you are sure to find another member of that species who lacks that property. This knocks the essentialist view of human nature on the head. What's more, it is consistent with our everyday experience of humanity. For every allegedly distinctive property of humanity — reason, morality, language — we can find other animals who share some version of those properties or humans who lack them. Some defenders of essentialism might to avoid this problem by focusing on ‘statistically characterised essences’, i.e. by claiming that rather than there being a specific set of properties that humans must have (in order to count as humans), there is instead a set of properties of which an individual must share a certain proportion (in order to count as human). Hull argues that this doesn’t work because, in practice, it has proved impossible to define species membership using such clusters of properties.


Machery concedes premise (2) of this argument. He thinks Hull is absolutely right to claim that there are no essences of humanness. Where he thinks the argument goes wrong is in the first premise, i.e. in the assumption that the essentialist view is the only game in town. He argues that if we adopt the nomological view, we end up with something that is unscathed by Hull’s argument. Indeed, the nomological view is designed to be consistent with evolutionary theory. It does not claim that there are particular properties that all and only members of Homo Sapiens share. It merely claims that there are some properties that we tend to share as a result of our evolutionary history. These properties could be shared by other species and may not be shared by some members of our own species. That does not mean they are not part of our nature.


3. Criticisms of the Nomological View
The nomological view is not beyond criticism. Though it may avoid the clutches of Hull’s argument, there are some potential problems. Machery discusses two in his paper.

The first is that the nomological approach is too reformatory. That is to say, it moves us too far away from the traditional conception of human nature, such that the concept of human nature no longer performs the function we expect of it in our scientific and everyday discourse. When people refer to something being part of human nature, they have in mind those properties and traits that are distinctively human. The nomological view doesn't give them this.

Machery responds to this by arguing that the concept of human nature has played many roles in human history and although the nomological concept fails to fulfil some of those roles, it does fulfil others. In particular, he thinks it helps to mark out humans as a special group in evolutionary history and to identify properties that are likely to be shared by members of this group, irrespective of culture or background.

The second problem with the nomological view is that it might be over-inclusive. That is to say, it might include too many properties within the definition of human nature. There is a terrible tendency to assume that every trait or property that is shared by the majority of humans must have its origins in our evolutionary history — i.e. to suggest the ‘universals’ of the human condition are aspects of human nature. But this cannot be right. Machery gives the example of the belief that water is wet. This is a universal belief, but clearly it cannot be part of human nature. It is a belief prompted by exposure to water not by evolutionary processes. The problem is that, trivially, evolution has contributed to the belief that water is wet because it has provided us with the sensory apparatus that enables us to form this belief. Nevertheless, it doesn’t seem right to claim that the belief is part of our nature.

The solution to this problem, according to Machery, is to argue that although evolution does trivially contribute to the existence of any trait or disposition shared by humanity, not all such traits and dispositions can be ultimately explained by evolutionary processes. The phrase ‘human nature’ should be reserved for those traits that can be ultimately explained by these processes.

This, however, is easier said than done. Many of the most contentious debates between evolutionary psychologists and their critics, for example, tend to centre on whether certain, seemingly universal (or near-universal), traits can be best explained by evolutionary processes or not. To return to the opening example of the disposition of young men toward violence or philandering. Some people will want to argue that these traits are products of our evolutionary histories; some will want to argue that they are the result of certain consistently present environmental factors.

So in short, even if we accept the nomological view of human nature, there will be plenty of debate left about the actual contents of human nature. Philosophy alone cannot resolve those debates but it can, at least, clarify what we are debating about.