The Problem of Self-Esteem: Comparison and Competition 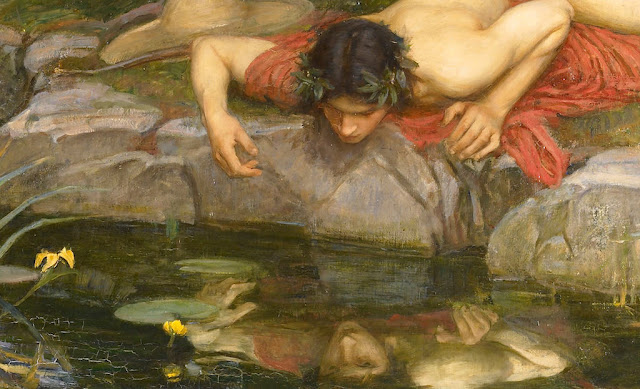 Most of us want to feel good about ourselves. We want to think that what we do is worthwhile. We want others think well of our efforts. Some people claim to be indifferent to the opinions of others, but I think we should be sceptical of their claims. Their indifference is often an act — something they do, paradoxically, to attract attention and good will. They want other people to look at them and say ‘I envy their lofty indifference.’ Even if it is true that some people are genuinely indifferent to the opinions of others, I suspect they still want to feel good about what they do themselves, i.e. even if they don’t care about gaining the esteem of others, they care about gaining their own self-esteem.

But self-esteem can be a tricky thing to cultivate, particularly in a world of competitive endeavours. The philosopher Robert Nozick once argued that self-esteem was necessarily competitive and comparative: one person could gain self-esteem only if another person lost out. He also argued that the best way to overcome the injustice this might entail was to create a society in which there are many different ways to win self-esteem.

In what follows, I want to look at Nozick’s arguments in a bit more detail. I do so through the lens of Andrew Mason’s short article “Nozick on Self-Esteem”. As we shall see, Mason challenges some of Nozick’s foundational assumptions about the nature of self-esteem.


1. Is Self-Esteem Necessarily Comparative and Competitive?
To understand where Nozick is coming from, we need to understand self-esteem. Self-esteem is a positive self-assessment. It is a belief that you score highly on some valuable attribute. For example, you might attach your self-worth to skill in writing or artistic expression. In that case, you will have high self-esteem if you believe that you score highly on those skills.

But how do you know that you score highly on those skills? This is the critical question. Nozick’s claim is that the only way you can tell whether you score highly is by looking at how your performance ranks relative to that of other people. I will only know that I am a good writer by comparing what I write with other writers. Do I sell more books than they do? Do more people read my work? Do more top critics shower my prose with praise? Ditto if I am an artist. My assessment of myself is always conducted on a comparativist basis: am I better than others who do the same thing?

If Nozick is right about this, then it has some unpleasant consequences. It means that self-esteem is a necessarily competitive game. I only gain self-esteem if I am better than someone else at a particular skill. And my gain in ranking is their loss in ranking. Esteem rankings are thus a scarce resource: something that people fight over in order to gain self worth.

But is Nozick right about this? There is undoubtedly some truth to what he has to say. Sometimes the only way to tell whether you are good at something is by comparing your performance with others; and there is undoubtedly a lot of competition and comparison in the contemporary economy of esteem. But it is not the full picture. There are two reasons to think that Nozick’s endless war of all against all is avoidable.

The first reason is that some activities have objective standards of success: you can tell if you are good at them by comparing your performance to the objective standard. You don’t have to compare it with other people. Mason, working off an example provided by the philosopher Anthony Skillen, uses boat-building to illustrate this point. If you want to know if you are any good at boat-building, you see whether the boat you build floats, whether it gets from A to B and so forth. You don’t have to compare your boat-building with that of other people.

It’s not that simple and straightforward, of course. Even in the case of boat-building, you could, if you liked, start comparing your boat with the boats built by others. You might do this if you have attained the minimum threshold of success in boat-building (the boat floats!) and start to focus on other attributes of a boat such as its aesthetic beauty. You might do this to further hone your skills. But even then there will be a blending of objective and comparative standards at play. The important point, and the one that needs to be emphasised, is that Nozick’s mental model of self-esteem draws too much from the world of competitive sports, and this skews his reasoning into thinking that comparative assessments of worth are the only game in town.

The second reason for doubting Nozick’s argument is that many people accept that they will not score highly, relative to others, on some skills and attributes. Nevertheless, they can take pride in performing those skills to the best of their own ability. For example, I know I will never be as good a golfer as Tiger Woods, but I can take pride in playing the best round of golf that I am capable of playing. This optimisation of my own talents and abilities can be a source of self-esteem, even if my ranking compared to others is quite low.

Some people might argue that even this is implicitly comparative. In determining whether I have done something to the best of my ability then I am, implicitly, comparing myself to someone else who has not done something to the best of their ability (e.g. another golfer of a similar level of ability, or myself at an earlier point in time). But this can’t be true. As Mason points out:


2. The Distribution of Esteem
Even if we accept Mason’s critique, there are problems. He could be right, and yet it could still be the case that (a) many people continue to derive esteem from comparative rankings with others (i.e. they get trapped in the competitive ethos) and (b) they struggle to gain self-esteem even when following this approach because they cannot win the comparative ranking. What do we say to them? Can we help them to gain self-esteem? There are two things worth considering here.

First, it is worth considering Nozick’s own argument about how to deal with people who lose out in competitions for self-esteem: create more competitions. The tendency to measure one’s self worth relative to the skills of others is going to be a particularly problematic in a world in which there is only a handful of ‘games’ one can play to gain self esteem. To illustrate, imagine being a man in Ancient Sparta. Let’s suppose that in that culture the primary metric of self worth is courage and skill in battle (I’m sure this does a disservice to the historical reality but it conforms to the stereotype). If you aren’t a brave and skilful warrior, then you will probably lack self esteem. This could be true despite the fact that you have many impressive skills that can distinguish you from other people. Perhaps you are skilled dancer or artist for example. Unfortunately for you, there are no opportunities to compare your skills in those domains against others because no one else is being incentivised to participate in dancing or art competitions. If they were, you might find a way to gain self esteem.

This is why Nozick recommends that we create a society in which there is a diversity of competitions for self-esteem. This will allow individuals to find their own niche. I should say I use the term ‘competitions’ somewhat loosely here. The idea is not that there are lots of formal competitions taking place; rather it is that the society celebrates many different skills and allows for lots of informal comparative rankings to take place. As Nozick puts it:

The most promising ways for a society to avoid widespread differences in self-esteem would be to have no common weighting of dimensions; instead it would have a diversity of different lists of dimensions and weightings. This would enhance each person’s chance of…[making] a non-idiosyncratic favorable estimate of himself.


Now you could argue that this solution misses the point because we shouldn’t be deriving our self-esteem from these comparative and competitive rankings. We should try to shift to more objective assessments of ability. But that may not be easy in all cases, and I think there is something to what Nozick is arguing. A society that celebrates and tolerates many ‘competitions’ for self-esteem is going to be happier than one that channels everything through a few competitions.

This brings me to the second point that is worth bearing in mind. Nozick might argue that a free market, capitalist society is the best one for enabling lots of competitions for self-esteem. There are lots of jobs one can perform that are valued by the market, so you have an opportunity to find your own niche and gain self-esteem. But as Mason points out, one major problem in our society is that there is differential access to these different niches. Not everyone gets into the competition that suits them best. They are forced, through economic necessity, into jobs that do not suit their skills and aptitudes, but are a means to an end. Furthermore, the market doesn’t value all skills equally. Indeed, some skills have no economic value at all. People aren’t incentivised to develop those skills because of this. The net result is that many people end up in competitions that slowly gnaw away at their self-esteem.

This problem of differential access to esteem-raising activities has been a major theme of my own recent research on workplace automation (although I never talk directly about ‘self-esteem’, preferring instead to focus on meaning and well-being). I have argued that workplace automation can exacerbate the problems alluded to in the previous paragraph, but also provide the means to escape them. In other words, I have argued that Nozick’s ideal society in which everyone can find their own niche is more likely to arise in a post-work economy than in one committed to the capitalist work ethic. Defending this post-work ideal is a major focus of my forthcoming book Automation and Utopia.