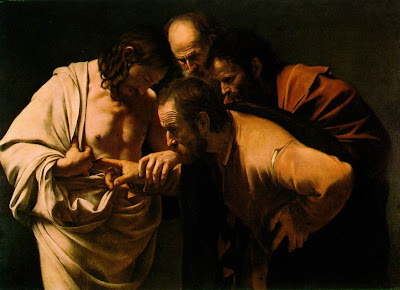 In this post I will begin to work my way through the following article:

Hasker's article is a critique of the brand of skeptical theism endorsed by Michael Bergmann. It is worth bearing in mind that although there are other varieties of skeptical theism, Hasker offers an interesting observation in the middle of his article as to why Bergmann's variety is, paradoxically, the most acceptable.
As with all the entries in this series, I recommend reading this post on the evidential problem of evil first since most of the discussion and debate revolves around this problem.
1. Bergmann's Skeptical Theses
As with all skeptical theists, Bergmann objects to the inference from apparently gratuitous evil to actual gratuitous evil in Rowe's evidential problem of evil. Bergmann does so on the seemingly reasonable supposition that God, if he existed, would have a mind that is far greater than our minds, and so it wouldn't be surprising if he had reasons for permitting evil and suffering that we weren't able to think of.
This leads him to formulate four skeptical theses about our knowledge of moral value, goods and evils, and their relationships to one another:
ST1-ST3 constitute the core of the skeptical theist's case; ST4 is simply an additional consideration that supports the lesson of ST3.
Taken together, ST1-ST3 completely undercut Rowe's evidential problem of evil: they prevent us from drawing any conclusions about whether God has reasons for allowing great suffering, even if those conclusions are only defeasible or probabilistic in form.
Hasker thinks that Bergmann's theses have several unacceptable consequences. In the remainder of this entry we will look at two initial worries.
2. Good and Evil to Whom?
ST1-ST3 tell us that the goods, evils and entailment relations with which we are familiar are not representative of all possible goods, evils and entailment relations. Bergmann himself says that this means representative relative to "the property of figuring in a (potentially) God-justifying reason for permitting the inscrutable evils we see around us". In other words, Bergmann is arguing that the goods and evils that concern us in our mundane lives need not be representative of the goods and evils that concern God when he is crafting his divine plan.
A question arises: for whom are the goods and evils identified in ST1 & ST2 supposed to be a benefit or harm? If it is to God and, say, his angels, then it might be plausible to say that we know nothing of them. But if the benefit or harm is supposed to accrue to human beings then it would seem highly implausible to suggest that we know nothing about them.
Consider, even if we accept a typical religious claim that mystical or spiritual union with (or appreciation of) God is the ultimate good, it would seem odd to suggest this is something which is completely unknown in all of human history. True, it may be rarely or imperfectly achieved in human life, but surely it is something that many Christians feel they have some inkling of.
By suggesting our experiences of good and evil need not be representative, Bergmann seems to be undermining the contents of the religious worldview it is his purpose to defend.
3. Anti-Induction
The other initial worry with ST1-ST3 is their strongly anti-inductive character. The ability to make inductive generalisations is essential to human life, without it we could not function. It's certainly true that inductive generalisations can be false and that we must learn to be more discriminating and careful when doing so. But ST1-ST3 go further than just urging caution: they actively forbid any such generalisations.
To be fair, the ST-prohibition is designed to only cover generalisations about moral value. Bergmann himself argues that generalisations can be acceptable whenever we can make a fairly complete survey of the reference class in question, (the example of "there are no blue crows in Indiana" is given). It's just that we can't make a complete survey in the case of moral value.
Hasker argues that this is unacceptable: we must be able to confer some degree of warrant on generalisations even when a complete survey is unavailable. Take the generalisation "men are mortal". We have not surveyed the entire reference class of men who have or will come into being, so we don't know for sure if this is true, but we can surely assign a proportional degree of warrant to the claim.
Hidden in a footnote, Hasker offers the following humorous application of Bergmannian skepticism (I've altered it a bit):
Surely a reductio, no?
That's it for now. In the next post we will take a look at some further problems with Bergmann's skeptical theism.
Posted by John Danaher at 11:56 AM