As part of one of my current projects, I am trying to get an overview of all the different principles of distributive justice. This post is simply an addition to my own personal notes on the topic. However, I share it here since it may be of interest to some readers. I am working off this article.


The Distributive Problem
Before looking at the different principles of distributive justice, it is necessary to understand why we need these principles in the first place. As I understand it, the need stems from the basic cooperative bargains at the heart of social intercourse. A cooperative bargain arises whenever there is some set of resources, services, opportunities (etc.) that is only obtainable when people work together.

A lot of social interactions have the same structure as this simple example: there is some gain to be made from working together that would not be made by working independently. And it is from these mutually-beneficial interactions that the need for principles of distribution arises. 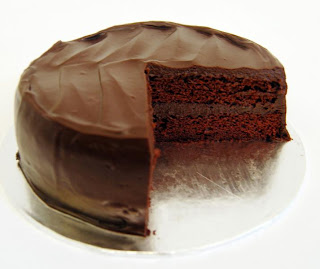 Consider once more the chocolate cake. After we have made it, who is entitled to what proportion of the finished product? Should we each get half? Or should our share depend on the value of our original contribution? Is the contribution of cocoa somehow more important than the contribution of flour? Principles of distribution should help us to answer these questions.

More generally, the principles of distribution should do two things:

Most discussions of distributive justice focus on surpluses instead of burdens. That makes a certain amount of sense since there would really be no point in talking about distributive justice if there was no surplus to be distributed. However, I think it is worth bearing in mind the existence of burdens as well.
Now we are in a position to look at the various principles of distributive justice. In each case I will describe the principle and look at some of its shortcomings.
1. Strict Egalitarianism
The first, and perhaps most obvious, principle of distribution is that of strict egalitarianism. This calls for all parties to get an equal share of the surplus (and the burden). In modern societies, this might mean equal rights, incomes, access to social services, and so on.
There are two major difficulties with strict egalitarianism and other theories of distributive justice that are based on some preferred pattern of distribution:
There are some specific moral criticisms of strict egalitarianism as well. Chief among them would be its tendency to limit freedom, to be insensitive to what people deserve, to fail to achieve the best outcomes for all people and to fail to give best effect to the principle of equal respect. These criticisms will come up again and again.
2. The Difference Principle
This is associated with the work of John Rawls. He argued that a general social distribution is just provided two conditions are met:
Condition (ii)(b) is the Difference Principle.
The primary criticisms of Rawls are as follows:

3. Resource-based Principles
The third set of principles maintain that equal initial access to resources is the most just distribution. In practice, this means that people are initially granted equal resources to do with as they please. According to Dworkin's metaphor, we are to imagine everyone is given equal purchasing power in a massive auction for all possible social goods. They can choose to spend as they see fit.
Resource-based theorists aim to be sensitive to peoples' ambitions, contributions and endowments. For example, if people suffer from some natural (as opposed to developed) handicap or talent, this will need to be compensated or rectified so that they can start from the same position as others.
Utilitarian and libertarian objections apply to this set of principles. Also, it is not clear how any actual accounting for differences in natural talents or handicaps can be done. Particularly since the dividing line between what is natural and what is developed is unclear.
4. Welfare-based Principles
Welfare-based principles of distribution are utilitarian in form. They are focused on maximising the overall amount of some agreed-upon unit (or units) of welfare. These could range from the subjective preferences of individual actors, to objective measures of welfare such as lifespan, access to education, healthcare, income etc.
Welfare-based principles do not focus on the actual pattern of distribution (e.g. equal shares for everybody) but on the net welfare-outcomes associated with patterns of distribution.
All the standard criticisms of utilitarianism apply. The main problems, especially when it comes to distributional issues, are:

7. Critical Theories
There is a whole suite of theories -- feminist, postmodern, Marxist, race-based -- that criticise traditional theories of justice for their tendency to ignore, silence or suppress certain groups. I don't think any of these theories advance their own principles of justice, they simply tend to argue for expansion or abandonment of existing principles.
C'est tout.
Posted by John Danaher at 3:19 PM

Email ThisBlogThis!Share to TwitterShare to FacebookShare to Pinterest
Labels: Principles of Justice