Arguments to and from Miracles (Part 3) - Direct-acts, Inexplicability and Coincidence Miracles 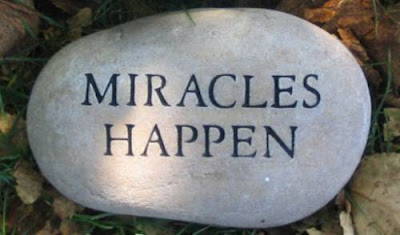 . It also forms part of my series on Miracles, which will continue after this.

Over the first two entries we dealt with the concept of a violation-miracle and the problems associated with that concept. In this entry, we will consider three alternative conceptions of miracles. They are: (i) the directly-willed-acts conception; (ii) the inexplicability conception; and (iii) the coincidence conception.


1. Miracles as Directly Willed Acts of God
According to this conception of the term, a miracle is any event in the natural world that can be attributed to an act of God.

Theists usually conceive of God as the creator of the natural world. This implies that every event in the natural world can be traced back to at least one of God’s acts (viz. the original creative act). Does this imply that every event counts as a miracle? No; there is a distinction to be drawn between an event that is indirectly attributable to an of God and an event that is directly attributable to such an act. 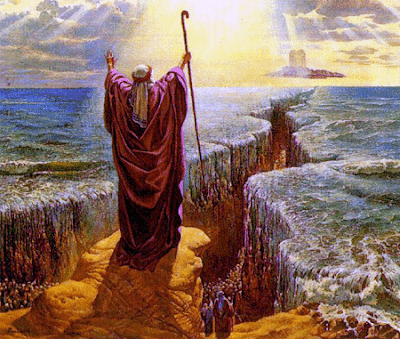 As an example of the distinction between the two, consider the story of the parting of the Red Sea. Presumably, God could have made this happen by direct or indirect means. If he opted for direct means, then the sea would just have spontaneously parted allowing for Moses and the Israelites to cross. If he opted for indirect means, then the sea might have “parted” following a drought or a whirlwind. The former would count as a miracle, but the latter would not.

This conception of miracles avoids the problems associated with violation miracles (it is surely not correct to say that God could violate his own indirect willings). But it has some problems of its own. Two seem particularly apposite here:

First, in order to successfully identify a miracle under this conception, one would need to develop some criteria that allow you to reliably discriminate between the indirect and direct acts of God. Usually this involves pointing to the religious significance of certain events like the parting of the Red Sea. But for this to work we need to be sure that (a) we have a good (non-miraculous) source of information about what is religiously significant and (b) that we are not being deceived by another supernatural being. We’ll consider this problem in future entries.


2. Miracles as Inexplicable Events
According to this conception of the term, a miracle is an event that is inexplicable. This obviously folds an epistemic concept -- i.e. explicability -- into our definition of miracle and thereby creates certain problems. To see what these problems are we need to distinguish between two varieties of inexplicability (i) de facto inexplicability and (ii) in principle inexplicability.

To take an example that has been doing the rounds recently, it was, no doubt, once true that we could not explain why the tides obeyed the regular patterns that they do. But nowadays we can explain this phenomenon. Does this imply that the tides were once miraculous but no longer are? It would be absurd to answer in the affirmative.

The absurdity of the de facto sense of inexplicability leads to the idea of in principle inexplicability. According to this version, an event is inexplicable -- and therefore miraculous -- if it is forever and always incapable of being explained.

Although this might appear to solve the problem with de facto inexplicability, it simply creates a new problem: it assumes we can reliably identify events that are in principle inexplicable. But this is to assume more than we can know. When it comes to any event that is currently inexplicable it might be the case that it can never be explained, but it might also be the case that it will be explained in the future.


3. Miracles as Coincidences
According to this conception of the term, a miracle can be said to arise whenever there is a very surprising coincidence with significant beneficial effects. The coincidence is said to count as a miracle even if there is a naturalistic explanation for it. Everitt cites the following example from R.F. Holland (this is a mix of Everitt’s words and Holland’s words from pg. 125 of Everitt's book):


A child has wandered onto a railway track. A train is approaching at high speed but because the track is curved, there is no possibility that the driver will see the child in time. The mother is watching from a distance ... but is too far away to intervene. The train hurtles down upon the child and then suddenly its brakes are applied and it comes to a halt a few feet from the child.

There was nothing supernatural about the manner in which the brakes of the train came to be applied. The driver had fainted... on this particular afternoon because his blood pressure had risen after a heavy lunch during which he quarrelled with a colleague, and the change in blood pressure caused a clot of blood to be dislodged... He fainted at the time he did...because this was the time at which the coagulation in his blood reached his brain. 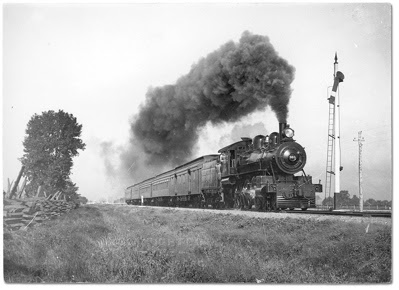 Holland claims that, despite the plausible naturalistic explanation, the mother could still thank God for the miraculous turn of events that saved her child. But is she really in her epistemic rights to do this?

Everitt thinks not. He argues that atheists and agnostics can happily concede that unlikely coincidences like this occur. They would, however, rightly dispute any inference from their occurrence to the existence of God. After all, if a perfectly good naturalistic explanation, which does not rely on any direct intervention of God, is available, then why exactly do we need to bring God into the discussion.

(Aside: wouldn’t assuming God’s intervention in the example just given create problems anyway? Doesn’t it call into question God’s moral character? Surely he could have halted the train without causing the driver to have a stroke?)


4. Conclusion
Through the course of his chapter, Everitt examined four different conceptions of miracles. We can summarise his views on each of them as follows: