The Possibility of Historical Evidence for Miracles (Part 2) 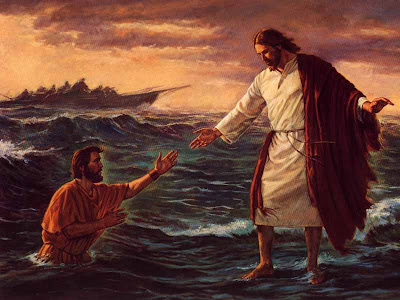 I’m currently looking at the following article from Morgan Luck:


With this assertion, Swinburne is distinguishing himself from those who think that the chief or sole evidence for a miracle is the testimony of eyewitnesses. He is claiming that we could have hard, physical evidence for the prior occurrence of miracle.


1. Jones goes down to the river
The general principle upon which Swinburne’s argument rests is the following:


To illustrate the principle, Swinburne asks us to imagine the following story of a man named Jones and his remarkable river-crossing adventure. The story begins with us observing Jones’s footprints in soft mud on one side of the river and Jones himself on the other side. We know for a fact that footprints in this soft mud could not have been left more than a minute ago. We also observe that Jones’s clothes and body are dry and that there are no bridges, boats, aeroplanes or ropes nearby which he could have used to get across.

Under these circumstances, Swinburne argues that we are justified in inferring that a miracle of some kind has occurred. Specifically, that Jones has walked on water. The argument rests on a simple inference that makes use of the principle outlined above: 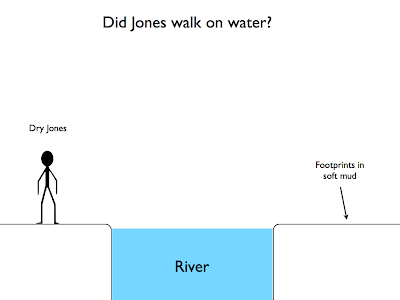 2. The Principle of Causal Closure
Luck thinks there are serious logical problems with Swinburne’s argument. This is because the possibility of a violation-miracle undermines the indicative strength of historical evidence.

To see why this is the case, we must first appeal to something known as the principle of causal closure (PCC). The PCC is a commonplace is debates over free will and determinism. It maintains that every event is causally determined by a combination of physical laws and the prior physical states of the universe.

The great advantage, from an explanatory point of view, of the PCC is that it means one need only cite natural causes to explain natural effects. The problem for Swinburne is that miracles would violate the PCC because they involve a supernatural agent disrupting the ordinary course of events. This creates problems for the kinds of inferences we can make from present day evidence to events in the past.


3. Using the Principle of Causal Closure
These problems become readily apparent when we consider how we make use of the PCC in our everyday lives. You are making use of the principle right now. As you read this, you are assuming that there is computer screen in front of you upon which some text is displayed. You assume this because you know that, in the ordinary course of events, light is being reflected from the computer screen, is travelling into your eye and on into your brain where the perception of the screen is created.

All of these assumptions rely on the PCC because they assume that one physical event determines another physical event. If the PCC is violated, then these assumptions go out the window. We have to accept other possible explanations of our experiences. For example, you would have accept that there is a possibility that there is no computer screen in front of you and that your experience is an illusion created by God.

Applying this to the case of Jones and the river we note that, without causal closure, it is:

Other scenarios are possible as well.

That’s it for this post. Next time out, we’ll consider Luck’s evaluation of Swinburne’s third and final assertion.
Posted by John Danaher at 10:00 AM