The Problem of the Evil/Miracle Ratio (Part 1) 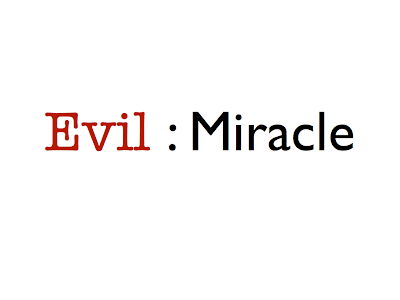 I’m continuing to work my way through some of the neglected aspects of the philosophy of miracles, before eventually looking into the debate surroudning Hume’s argument. In service of this end, I’m going to summarise the following article by Morgan Luck:


In this article, Luck examines the relationship between one’s belief in miracles and one’s response to the problem of evil.

He begins by analysing an ongoing debate in the philosophical literature which suggests that the possibility of miracles may exacerbate the problem of evil. He notes that all the arguments in this debate work from premises concerning the nature of miracles to conclusions relating to the problem of evil. He then proposes an alternative form of argument that works from premises concerning the nature of evil to conclusions relating to the identification of miracles. This argument focuses on the definition of miracles put forward by everybody’s favourite Dominican: Thomas Aquinas.

In this part, we will focus on the first set of arguments and Aquinas’s definition of miracles.


1. Couldn’t God stop evil by performing a miracle?
Several authors have argued that any believer who accepts the possibility of miracles runs into increased difficulties when responding to the problem of evil. Luck mentions four authors in particular who have made this argument: Hebbelthwaite

, Keller and Overall. The following is a brief summary of their views.

A popular response to the logical version of this argument is the Free Will Defence (FWD). According to this response, free will is a great good that could not be realised by God without allowing for some possibility of evil. Hence, the existence of God, contra the sceptic, is compatible with the existence of some evil.

Hebbelthwaite offers an interesting rejoinder to the FWD. He argues that miracles (particularly those presented in the Bible) often involve God stopping evil from occurring. He cites as an example the story of Daniel being saved from the lions. The fact that God was willing to intervene in this case prompts the following question: why wouldn’t God intervene to prevent all the evil arising from free decisions? Presumably, he could do this without preventing people from having the great good of free will.

The response to Hebbelthwaite’s objection requires some slight backtracking on the FWD. It says that it is responsibility for actions, not free will per se, that is the truly great good. Free will just happens, on some accounts, to be a precondition for this kind of responsibility. If God were to intervene to prevent the evil consequences of our free decisions, then we would not have true responsibility for our actions. Or, to adopt Swinburne’s argument, we would lack responsibility for the moral value of our world. 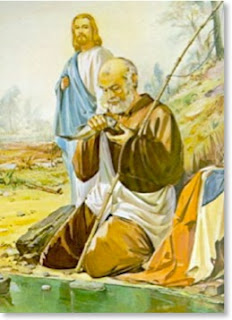 It is at this stage that Wiles enters the debate. He draws our attention to catastrophic instances of evil such as those perpetrated at Auschwitz or Hiroshima. He then points out that the miracles in the Bible seem trivial in their purpose, e.g. the coin-from-a-fish’s-mouth miracle in the Gospel of Matthew. Wiles then asks, if the FWD is compatible with at least some miracles (something the believer in miracles must accept) then surely those miracles would be reserved for ameliorating catastrophes rather than trivialities?

The response to this is interesting. Peter Vardy argues

, contra Wiles, that in order for human beings to meaningfully exercise free will in a way that is conducive to moral responsibility, then there must be predictably bad results to bad actions. If God had a track record of intervening to prevent every catastrophe, then we couldn’t exercise moral responsibility over our world. Miracles need to be hidden and unexpected so as not to interfere with our moral responsibility. Trivial miracles fit this bill.

One may question this since catastrophes are often unexpected and not the result of intentional wrongdoing, but alas we must move on....


2. Are miracles themselves immoral acts?
Keller argues that the possibility of miracles exacerbates the problem of evil because many of the miracles attributed to God are immoral. He points, in particular, to the way in which God seems to treat the Israelites favourably at the expense of others, when these others are equally in need of moral and spiritual guidance. As an example, he cites the parting of the Red Sea which benefits the children of the Israelites at the expense of the children of the Egyptians (who lose their parents).

Responding to this, it can be argued that the beneficial effect of God’s miracles may be both direct and indirect. Thus, although there was no direct benefit to the Egyptian children, perhaps they benefitted indirectly because, say, if their parents had succeeded in recapturing the Israelites, an even worse fate may have befallen them.

Christine Overall makes a rather more interesting claim. She argues that miracles are inconsistent with the character of an all-good being. Why so? Well, she suggests that an all-good being would not wish to mislead humanity in their pursuit of knowledge. But miracles are misleading because they confuse rather than solidify our knowledge of the world. This is apparent from the difficulty we have in correctly identifying a miracle.

Luck thinks there is a problem lurking behind Overall and Keller’s arguments. Both seem to be committed to the following propositions:


The question is: what further conclusion is to be drawn from this set of propositions? If a miracle is, in some sense, defined as an act of God or another supernatural being, then the best this argument can do is to either suggest an inconsistency in a religious person’s beliefs or support the existence of a supernatural being who is not God.

I’m not sure that I entirely agree with Luck in this observation. I haven’t read Overall’s work, but on the face of it she doesn’t seem committed to proposition (4).


3. Defining Miracles the Thomistic Way
All the arguments surveyed above work from premises concerning the nature of miracles to conclusions about the nature of evil. Luck’s goal in the remainder of his article is to present an argument that works in the opposite direction. He begins this task by outlining Aquinas’s definition of a miracle.

This leads to Aquinas’s definition of a super-creational event:


In other words, an event that is not the result of the exercise of a causal power by a creational entity. This allows for the following definition of a miracle:


One important point to bear in mind about this definition of miracle is how narrow it actually is. A miracle, for Aquinas, is an event that is defined primarily by the absence the causal powers of a creational entity. Applying this definition, it follows that the acts of creational entities such as angels cannot be properly called miracles. This is significant because traditional definitions would have included such acts.

In the next entry, we’ll see how Aquinas’s definition can be used as the basis of an argument against miracles.
Posted by John Danaher at 12:15 PM