Eyewitness Enhancement and the Common Good 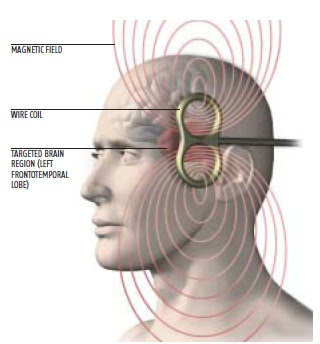 I am going to briefly interrupt my series on the badness of death to look at an argument on human enhancement. I’ll get back to musing about death and immortality over the weekend. I find weekends are conducive to such things.

A while back, I took a look at an argument by a pair of philosophers (Anton Vedder and Laura Klaming) proposing that enhancement technologies might be used for the common, not just the personal, good. To be more precise, the authors argued that transcranial magnetic stimulation (TMS) might be used to enhance eyewitness memory and recollection, and that this is turn might serve a common set of interests in identifying those who are guilty of crimes (and exonerating those who are innocent).

Vedder and Klaming would be the first to admit that their argument is speculative in nature. The memory-enhancing effects of targeted TMS are only recently discovered and are still poorly understood. But nevertheless they submit that the argument they use to support its (speculative) use could significantly alter the landscape of the enhancement debate.

This is for two reasons. First, traditional debates over the merits of enhancement often hinge on an (arguably meaningless) distinction between treatment (which is okay) and enhancement (which is contested). Justifying enhancement in the name of the common good has the nice effect of sidestepping this distinction. The treatment-enhancement distinction matters at the individual level, since what counts as treatment and what counts as enhancement is indexed relative to the “normal” capacities of the individual. But it does not matter from the perspective of the common good. From that perspective, all that matters is whether an intervention serves a common end. Any indexing to “normal” and “supernormal” capacities falls away. In addition to this, focusing on the common good has the nice effect of sidestepping some traditional arguments against enhancement, which tend to highlight the self-regarding and self-interested nature of enhancement.

But Vedder and Klaming’s argument has been criticised by a number of people. I examined Hauskeller’s criticisms in my earlier post. In this post, I want to take a look at another criticism which comes from the inauspiciously titled article “Is Invading the Sacred for the Sake of Justice Justified?”, by Pepe Lee Chang and Diana Buccafurni. I say this is “inauspicious” since the use of the word “sacred” is both unnecessary and off-putting, to me at any rate.

Nevertheless, the article is not a total wash (it’s only three pages!) and it does present a mildly interesting objection to Vedder and Klaming’s proposal. I want to set out that objection here in formal terms and briefly consider possible replies to it. I won’t, unfortunately, go into much detail on the possible replies since a fuller reply will feature as a (small) part of a longer academic article I am currently working on. It’s not that I’m being secretive, it is just that this reply is not completely formulated in my mind right now.

The ADIW is compactly expressed in one paragraph of Chang and Buccafurni’s article, which I shall quote here in full:


Let’s try to unpack all of this. In essence, Chang and Buccafurni are pointing to a deep tension between the common good — in this case represented by the desire to prosecute the guilty and exonerate the innocent — and the individual good. The former is about achieving desirable social ends, the latter is about respecting intrinsic personal properties like autonomy and cognition. Because of this tension, pursuing enhancement for the common good undermines respect for the individual. The individual is seen as a mere means to a particular social end, not as an end in him- or her-self.
The argument could be formalised in the following manner:


There are several complaints one may have about this argument. For starters, one may wonder how exactly individual self-worth is diminished. There is probably an answer to this. And that answer could be sketched as follows. If an individual sees themselves as a mere cog in a machine — i.e. just one manipulable contributor to the efficiency of the justice system — then they begin to lose the sense of themselves as autonomous creators and pursuers of their own conception of the good. And the more the impression of being a cog in a machine is reinforced, the more this sense is lost. But that sense is essential to self-worth, hence if it is lost self-worth is diminished.

That seems fair enough to me, but it looks like there another, bigger complain about the argument. This is that it assumes there is always a tension between the common good and the individual good. If the common good is seen as the aggregation of individual good, and not as some emergent sui generis property, then there is no necessary tension between the two. It is perfectly possible that the individual good could serve the common good, and vice versa. The notion that one has to be sacrificed to save the other might be illusory. Of course, this is something that has to be proven in the particular case of NEEM, but I think this is possible and is something I am currently trying to develop.


2. Informed Consent and Individual Worth
There’s another thing too. The criticism that Vedder and Klaming’s proposal could lead to tensions between common interests and individual interests seems quite obvious. So obvious in fact that you’d expect Vedder and Klaming to anticipate it and offer some kind of response. As a matter of fact they do exactly that. And, as another matter, Chan and Buccafurni respond to their suggestion. I’ll close by briefly considering both

Vedder and Klaming note that NEEM could be in tension with certain individual rights such as privacy and autonomy. Their solution is to adopt an informed consent model for the use of NEEM. In other words, to only allow those eyewitnesses who offered informed consent to the use of TMS would to undergo the enhancement. Informed consent is a popular way to solve potential autonomy violations in medicine and other fields, so this looks like a promising solution.

But as Chan and Buccafurni note, there are at least three problems with it. First, there is the fact that many statutes, in many parts of the world, make the obstruction of justice an offence. Arguably, if what is stopping people from helping the police in their investigations is the fact that they have not undergone NEEM, they are obstructing justice. The penalties associated with this could have a coercive effect and undermine the informed consent model. Second, there is the fact that since the common good is at stake, it would be difficult for one individual to subvent it. In other words, the fact that NEEM was recognised as being in the common interest would create a coercive social pressure which would limit effective consent. Finally, there is the problem of unintended consequences, which might undermine the “informed” nature of the consent. As the authors note, memories are complex and sometimes traumatic and painful. If NEEM leads to the general improvement of memory, it could lead to these painful memories being dredged up to. We may think a general warning to this effect would be sufficient to satisfy the requirements of informed consent, but Chan and Buccafurni dispute this.

I think Chan and Buccafurni are on somewhat more solid ground with these criticisms. In particular, I agree that enhancement technologies can create social pressures, and that these social pressures can be coercive. I just don’t think that this is necessarily the case and I think this can be shown by pursuing my earlier line of criticism, which would highlight a deep constitutive relationship between personal and common goods. Developing this line of criticism is something I plan to do quite soon.
Posted by John Danaher at 11:57 PM