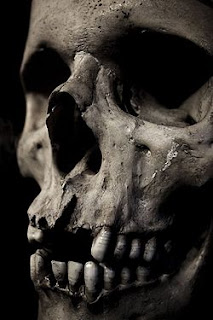 This is the final part in my series of posts looking at the badness of death. The series works off the article by Aaron Smuts entitled “Less Good but Not Bad: In Defense of Epicureanism about Death”. In the article, Smuts defends a position he calls innocuousism, which holds that death is not bad for the one who dies.

The argument behind this is called the Dead End Argument (DEA). This argument holds that death is neither intrinsically nor extrinsically bad because it is an experiential blank. When one is dead one has no mental experiences, and only mental experiences carry value. The key premise of the DEA sets forth something Smuts calls the “causal hypothesis”:


The causal hypothesis is challenged by defenders of the deprivation account (DA). The DA holds that death is bad because it deprives the person of the good experiences they would have had if they had remained alive. In the previous post, we saw how Smuts rejected the DA. He did so on two, interrelated, grounds. First, because it leads to absurd conclusions, such as that a person whose life is filled with positive experiences is actually living a bad life because things would have been better (however marginally) if they had made different choices. Second, because it confuses a state of affairs’ being less good with its being bad.

In this post, we’ll see how Smuts responds to each of these worries.


1. Is it bad to deny anaesthesia?
A long time ago — all the way back in part two — I put forth the following thought experiment (taken from Smuts):

Smuts, as I read him, offers two replies. First, he notes that whether the anaesthetic leads to intriniscally good states of affairs or not, depends on how fine-grained an analysis of the scenario you undertake. True, the outcome of the surgery is the same. But the person undergoing that surgery will be in great pain (presumably), while it is ongoing, if they are denied the anaesthetic. Experiences of great pain are intrinsically bad, and so denying anaesthetic would be extrinsically bad since it would causally contribute to such experiences. Thus, even under the causal hypothesis, denying anaesthetic would be bad. Absurdity avoided.

Second, Smuts argues that maybe administering anaesthetic is not all that good. Rather, it is far (far) less bad. He admits that this position seems counterintuitive at first glance but enjoins us to give it a chance. It’s not too bad once you get to know it. The reasoning is as follows: any state of affairs in which the administration of such anaesthetic is needed to avoid pain must be itself bad (i.e. you must be sick or dying). So is it not true to say that you’d rather not have to be anaesthetised in the first place? It’s just that, given your predicament, the surgery is necessary and so undergoing the surgery with anaesthesia is far less bad than undergoing it without.

This second point is not trivial. For one thing, it tracks the kinds of distinctions (between less good and bad, and less bad and good) that the DA failed to track. This was a major factor in the patent absurdity of the DA. Furthermore, it might explain why we have a moral duty to anaesthetise a person (if we are, say, the surgeon). Duties, Smuts argues, tend to be oriented toward preventing the bad not toward promoting the good. If administering anaesthesia is understood as promoting the good, not just as preventing the bad, then it would be less likely for us to have a duty to do it. But we do have a such a duty. So, since under his account the administration of anaesthesia is about preventing a far worse situation not about promoting a good one, we seem to have an additional reason to support the causal hypothesis.


2. The Wrongness of Killing
So much for the causal hypothesis. How about the conclusion of the DEA itself. As you recall from part one, the argument concludes that:

(7) Therefore, death is not prudentially bad for the person who dies.


Is this conclusion not wildly at odds with our views about the wrongness of killing? If it turns out that death is not bad for the one who dies, then what’s so bad about people going around and randomly euthanising other people? But isn’t that just insane?

This is tempting line of thought. Is there anything that a defender of the DEA can say in response? Smuts is somewhat cagey, but he suggests two possible lines of counterargument.

The first line highlights the distinction between something being prudentially bad and something being morally bad. An event is prudentially bad if it reduces the welfare of the person who is subject to it; an event is morally bad if it breaches some morally principle or causes some moral disvalue. The DEA is an argument about prudential badness not moral badness. The two are only equivalent under the normative position known as welfarism, which reduces all normative claims to claims about individual welfare. But welfarism is rejected by many. So it's not clear that the DEA entails that killing is okay.

The second line suggests that, even if welfarism is true, the morality of killing might be more complex than our initial gloss on it suggests. Under the DEA, death is not deemed prudentially neutral; it is deemed less good. If it were prudentially neutral, then the permissibility of killing might follow, but since it is not, it may not. We might still have an obligation to prevent less good states of affairs and so the DEA need not entail an absurdity.

Smuts accepts there is more to be said, but he leaves it there. Others have taken up this topic in more depth and I hope to look at their arguments at a later stage.


3. The Fear of Death
A final problem (for now) with the DEA is the implications it has for our fear of death. Like our beliefs about the wrongness of killing, our fear of death and dying seem pretty solid. That is to say, we seem to have good grounds for fearing our deaths. But if the DEA is true then our death is not bad for us, so why should we fear it?

There are a lot of things to be said about this. First of all, one must distinguish between death and dying. The process of dying might be painful and drawn out, i.e. riddled with intrinsically bad states of affairs, and so we might have good reasons for fearing that. Additionally, there is the fact that Epicureanism about death, at least as traditionally conceived, was all about removing the fear of death. If that’s one of the implications of the DEA, so be it.

Nevertheless, Smuts thinks there probably are good reasons to be anxious or saddened by one’s demise (though perhaps not stricken with fear at the prospect). Death may prevent us from completing our projects, or cut us down before we reach our potential. These are things to be deeply regretted. The DEA does not deny the appropriateness of such emotions. So while it may not encourage fear, it may not be all that counterintuitive.


4. Conclusion
To sum up, this series of posts has looked at Aaron Smuts’s defence of innocuousism. This is the view that death is not bad for the one that dies. Innocuousism relies on the causal hypothesis, according to which an event is extrinsically bad if and only if it leads to an intrinsically bad state of affairs. Since being dead is not intrinsically bad (because it is an experiential blank), it follows from the causal hypothesis (and some other premises) that death is not bad for the one who dies.

The causal hypothesis is challenged by defenders of the deprivation account of the badness of death. According to them, death is bad because it deprives us of states of affairs that could have been good. But as we saw in part two, the deprivation account has some absurd implications. Primarily, this is because it fails to track the distinction between less good and bad. The causal hypothesis tracks this distinction and so is to be preferred.

Nevertheless, as we saw in this post, the causal hypothesis, and innocuousism more generally, have troubling implications of their own. However, each of these can be neutralised. The upshot is that death is not bad, but it may be less good. Defenders of life extension policies will no doubt be encouraged by this, but at the same time they need not fear death as much as they might.
Posted by John Danaher at 9:56 PM