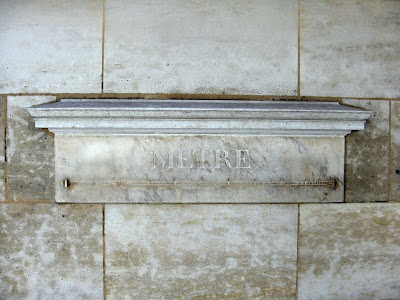 This is the second part of my series looking at Jeremy Koons’s article “Can God’s Goodness Save the Divine Command Theory?”. The article presents an objection to one popular solution — Alston’s particularist solution — to the Euthyphro dilemma.

Part one laid down the foundations one needs to fully understand Koons’s critique. It looked at the basic tenets of theistic metaethics in general, and divine command theory in particular. It then considered the challenge that Euthyphro’s dilemma poses to divine command theory and the solution to this challenge adopted by proponents of modified divine command theory. According to them, the arbitrariness horn of the Euthyphro dilemma can be avoided if we accept that God’s essential goodness prevents him from commanding anything that is morally abhorrent.

The problem with this solution is that it raises the question: what does God’s essential goodness consist in? The typical answer is that it consists in his characteristic properties, such as lovingkindness, but this simply raises the possibility of a revised Euthyphro dilemma (illustrated below): are those properties good-making because God happens to exemplify them, or is God good because he exemplifies those properties? Neither possibility is entirely welcome: the first because it seems to rob the claim that God is good of all its content, and the second because it makes goodness ontologically independent from God.

Alston tries to make the first possibility — that such properties are good-making because God happens to exemplify them — more palatable by adopting a particularist account of goodness. The way he does this is by drawing an analogy between God and a standard metre stick. The claim is that God stands in the same relation to goodness, as the standard metre stick stands in relation to the length of one metre. God simply is good, just as the standard metre stick simply is one metre long. It is then argued that this does not suck all the significance out of the proposition “God is good”.

In the remainder of this post, we’re going to see whether this aspect of Alston’s theory is sustainable. We do so in three phases. First, we look more closely at the nature of particularist predicates and argue that a particularist account of God’s goodness is, contra Alston, trivial. Second, we look at Alston’s response to this argument, which is based on the need for explanatory stopping points. And third, we ask consider whether this response is adequate.


1. How Particularist Predicates Work
It will be useful here to revisit the definition of Platonic and particularist predicates that we covered the last day. As follows:

Platonic Predicates: The criterion for the application of a Platonic predicate is some general “Idea” or “essence”. An example might be the criterion for the application of the term “triangle”. Whether it makes sense to call a particular object or representation thereof a “triangle” depends on whether the object in question resembles the Platonic ideal of a triangle.

Particularist Predicates: The criterion for the application of a particularist predicate is determined by reference to one or more concrete individuals. An example might be the criterion for the application of the term “metre”. Whether it makes sense to say that a particular length is one metre long depends on whether it is isomorphic to the standard metre-stick which is kept in Paris.


As we already saw, Alston’s account of divine goodness draws an explicit analogy between God’s relationship to goodness, and the relationship of the standard metre-stick to a purported length of one metre. So if we consider for a moment what it really means to say that something is one metre long, we’ll get a better idea of what Alston thinks it means to say that something is good.

But what does that imply about God as the standard of goodness? Well, as with the standard metre-stick, it means that God simply is good, because he is declared or assumed to be such by the theist. His goodness does not consist in anything deeper, especially not his character traits since, in order to avoid the independence horn, the fact that they are good-making is explained by God’s goodness. This has devastating theological and moral consequences because, as Koons puts it:

The problem is that God’s goodness, understood in the minimalist way outlined above, is a total blank, stripped of any feature that would make intelligible why it is desirable or worthy of pursuit. (p. 188)


Consequently, all claims that God is good, or that God is being worthy of our respect or worship become trivial, insignificant and devoid of motivational salience. It is about as meaningful as declaring that my cat is the supreme standard of goodness.


2. The Stopping Point Argument
But are things really this bad? Alston thinks not. He thinks that the seeming insignificance of God’s goodness under the particularist account links to a more general worry about explanations and stopping points. As he puts it,

An answer to the question, “What is good about X?” will, sooner or later, cite certain good-making characteristics. We can then ask why we should suppose that good supervenes on those characteristics. In answer, either a general principle or an individual paradigm is cited. But whichever it is, that is the end of the line…On both views something is taken to be ultimate, behind which we cannot go, in the sense of finding some explanation of the fact that it is constitutive of goodness.(“What Euthyphro Should have Said”, Alston 2002, p. 293)


The point is that, when it comes to the ultimate explanation of goodness, we have to come to a stop somewhere. And wherever we do come to a stop, no further explanations of the sort “X is good because…” can be offered. Platonic moral realists stop with a certain set of abstract properties such as lovingness, kindness, justice, happiness and so forth. Theological particularists stop with God qua concrete being.

But who’s right? Which stopping point is more appropriate? I don’t know that Alston answers this directly, but from what he writes it seems like he suggesting that the two views are theoretically symmetrical in this regard. In other words, there is no reason to prefer the Platonic account to the particularist one when it comes to the grounding of moral goodness. (Note: there may be other reasons, not linked to the explanation of moral goodness, for preferring theism or atheism, and these could break the deadlock.)

So Alston could be interpreted as making the following argument:

3. Responding to the Stopping Point Argument
The key step in this argument is premise (4). We can accept the general principle (1) and we can accept the description of the two different theories (2 and 3), but if the two accounts are not equal, then the argument does not go through. Unsurprisingly, Koons’s criticism of Alston’s position turns entirely on the notion that Alston’s account is not equal to Platonic moral realism.

Koons’s argues that, far from being coherent, Alston’s account of goodness is completely unintelligible. While it can be accepted that explanations must come to halt somewhere, any purported stopping points ought to be intelligible. But to say that God simply is goodness is unintelligible because, to repeat, his goodness is a complete blank. It is devoid of any features that make it an intuitively appealing claim.
Of course, Alston can and does dispute this. He argues that God’s goodness is an intuitively self-evident fact to most theists. When they think of God, and contemplate what he is, they think of Him as the supreme standard of goodness. Much like the Platonic moral realist thinks of the set of properties and virtues as being intrinsically good.

But this response is unpersuasive. As Koons points out, Alston’s position reverses the theist’s epistemic route to knowledge of God’s goodness. The typical approach is to think of God’s intrinsic characteristics (such as his lovingkindness), then to intuitively recognise these as self-evidently good-making properties, and then to conclude that God is obviously and self-evidently the supreme standard of goodness. By way of contrast, Alston is saying that first we intuit that God is self-evidently the supreme standard of goodness, and then conclude that his character traits are good-making. But how could we intuit that he good before knowing anything about his characteristics? The faculty of intuition requires some inputs in order to generate its outputs, but since God’s goodness is a total blank on Alston’s account, there are no inputs that could generate the belief that God is supremely good.

It should be noted that this is an epistemological point, not a metaphysical one. Dwelling on it for too long may obscure the fact the debate here is really a metaphysical one. It is about how God could ground or explain goodness. Koons’s contention is that God can’t do this simply because he is believed or declared to be the supreme standard of goodness. It makes far more sense to say that the properties or virtues he exemplifies ground and explain his goodness. And I would submit that this is true even if those properties are themselves without grounding, although I don’t rule out the possibility that they have some explanatory grounding.

Alston might have a couple of “last ditch” (Koons) responses to this. First, he might argue that God’s goodness consists in God always doing what is right. Thus, even if his character traits do not account for his goodness, his actions do. Unfortunately, this won’t work because God is also supposed to be explaining the rightness of actions. Indeed, this was the whole point of the modified divine command theory in the first place.

Second, they might argue that good is simply unanalysable, as per G.E. Moore. But, as others have pointed out, Moore’s argument merely rules out the analytical reduction of the Good to non-normative and non-moral concepts. It doesn’t mean that goodness is absolutely inexplicable or incapable of being explanatorily reduced.


4. Conclusion
To sum up, Alston tries to resolve the Euthyphro dilemma by suggesting that God’s goodness constrains the possible commands that God could give. He then offers a particularist account of what God’s goodness consists in. But in doing so, he fails to avoid becoming impaled upon the horns of a revised version of the Euthyphro dilemma. Koons describes the position so well that I’ll leave the final word to him:


In short, Alston must answer the question, “Why is being loving good?” by saying, “Traits (like being loving) are good-making because God has them, and God is good.” But on Alston’s account, when we say “God is good”, we haven’t said anything because Alston’s particularism prevents him from giving any concrete articulation of what goodness is. Unfortunately, on the particularist theory, we have no more (or less) reason to declare God essentially good than to declare Him essentially fnord or bxtzs; for by calling God “good” we haven’t really said anything at all.