Should Recreational Drug Use be Decriminalised? (Part Four) 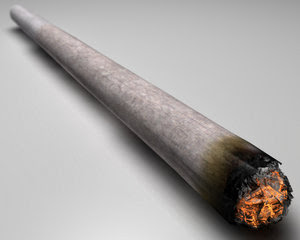 This is the fourth entry in my ongoing series about the merits of drug decriminalisation. The series is working off the contributions to the book The Legalization of Drugs: For and Against by Douglas Husak and Peter de Marneffe. At the moment, I’m still working my way through Husak’s pro-decriminalisation arguments.

Husak is trying to argue that the recreational use of particular drugs — marijuana, cocaine and heroin being the most obvious — ought to be decriminalised. By this he means that the threat of criminal punishment should be removed from those who take these drugs for recreational ends. He does not mean that the government should remain neutral about the merits of these substances or, indeed, that the production and sale of these substances should be legalised (though, to be honest, he would probably support this). Decriminalisation of use is consistent with heavy regulation of use, as is evinced by the regulation of cigarettes or alcohol.


1. Is Recreational Drug Use Valuable?
Many people argue that drugs such as marijuana, ecstasy, LSD (among others) are instrumentally valuable. In other words, they argue that they are valuable because they have positive effects. For instance, people point to the medicinal benefits of marijuana as a reason in favour of its legalisation. Interesting though these arguments are, they all share a fatal weakness. They rely on the existence of clearcut causal connection between drug use and a desirable outcome (call it X). The problem is that the connection between drug use and outcome X is often tenuous, dependent on complex and poorly understood pathways, and open to being disproved. A more robust argument would point to the intrinsically valuable properties of drug use. Is such an argument available?

Husak thinks there is. It starts by observing that recreational pursuits are, in general, thought to be valuable irrespective of their consequences. It adds to that the observation that people do not typically have to defend the value of their recreational choices. In other words, the value is assumed to be present because people choose to pursue that activity. The argument then concludes by suggesting that those who use drugs for recreational purposes should not have to defend their preferences either.

There are several issues to unpack here. We can start by making the basic argument more robust by drawing an analogy between recreational drug use and other recreational pursuits. Husak uses the example of a fanatical sports fan, who buys all the jerseys and memorabilia associated with his favourite team, spends his weekends travelling to their matches, and his weekdays analysing the sports commentary. This sports fan is clearly doing something that is valuable to him, and he is under no obligation to defend his preference, even if the rest of us think it a bit over-the-top. The same is true of the wine connoisseur and the comic book fan. Why should the recreational drug user be treated differently?

An obvious response is that recreational drug use involves greater harm or greater risk of harm to the user, and possibly to others such as the user’s friends and families. But we’ve already cast doubt on that claim before by comparing the relative harms of illicit drug use to the harms of licit drugs and substances. Furthermore, there are plenty of recreational pursuits that carry greater risks. For example, extreme sports carry risk of death. Yet we never question the recreational value of those sports. We may, of course, counsel those who participate in them to be more cautious, and perhaps encourage them to give them up if they aren’t very good at them, but we would never dream of subjecting them to criminal punishment just for having this preference. Again, why should recreational drug use be treated differently?

This seems to be a robust argument. And its robustness derives in part from its modesty. It does not claim stupendous psychological, spiritual or medicinal benefits for drug use; it merely claims simple recreational pleasures. These pleasures are not overwhelming, and there may be times when a person should be advised against pursuing them, but this does not mean they should be treated differently from other recreational pleasures, or that they should be punished for pursuing them.


2. Is Criminalisation Counterproductive?
The final argument that Husak offers claims that recreational drug use ought to be decriminalised because there are huge costs associated with the current system of criminalisation. We encountered some of these costs in part three when we considered the link between drug use and crime. As you recall, we suggested that far from preventing crime, drug criminalisation may be the cause of many forms of crime. But we can go further than this and point to other costs. Indeed, Husak mentions seven:

Selective Enforcement: The enforcement of current laws on drug use tend to have a greater impact on racial and ethnic minorities. Although rates of drug use appear to be roughly equal across racial groups, in America, blacks are far more likely to be jailed and punished for drug offences. Thus, the current system helps to perpetuate racial inequalities and injustices.

Harm to Public Health: Because illicit drugs are bought from unlicensed sellers, they often contain deadly impurities and unknown potencies. Both of these things lead to deaths and could be avoided if drug production and sale were regulated in a similar manner to medicinal drugs and foodstuffs.

Pernicious Effect on Foreign Policy: Particularly in the US, the “war on drugs” has had a deleterious impact on relationships with foreign powers. Husak cites the example of millions of dollars of aid being sent to the Taliban in Afghanistan in an effort to curb heroin production. That money may well have been spent on financing terrorism, and certainly helped to solidify the Taliban regime.

Truth is Sacrificed: Recreational drug users are typically demonised by politicians and government officials, and the studies on drug safety are often skewed or misreported in an effort to maintain the war on drugs. Thus, truth has become a casualty of the war on drugs.

Erosion of Civil Liberties: According to Husak, many legal theorists speak openly of there being a “drug exception” the US Bill of Rights. This is because drugs are often easy to conceal and transfer, and hence the police have to resort to more extreme tactics to enforce the law, often with the blessing of the legislature.

Corruption: Those involved in the illegal drug trade often bribe, intimidate, and otherwise corrupt officials working within the legal system. Anyone who doubts this need only read the history of Pablo Escobar’s Medellin Cartel and the tactics they used to keep the cocaine trade flowing from Columbia to the U.S.. Such corruption and bribery has many negative effectives, not least of which is the gradual degradation of the institutions of civil society.

Huge Cost of Enforcement: The war on drugs costs a huge amount to maintain. Imprisoning drug offenders and paying police officers costs money. If we legalised drugs, and taxed their production and sale, those costs would evaporate. Indeed, we might even make money on the drugs trade.


Not all of these are persuasive. For example, I have some doubts about the merits of the fourth cost (“The Truth”), not because I necessarily disagree with what Husak says, but because it seems to beg the question against those who defend criminalisation. That might be acceptable in the context of Husak’s argument — since he does address the pro-criminalisation arguments before raising this point — but in other contexts it would be less successful. Better to cite costs that are transparent even to those who think criminalisation is justified on the grounds of harm to personal health and well-being.

In any event, this doesn’t necessary matter. Husak’s point is not that all of these costs are equally persuasive, but that it would be difficult for one person to deny them all. His point is that current drug policies are counterproductive in at least one of these ways.


3. Conclusion
That brings us to the end of Husak’s pro-decriminalisation arguments. To sum up, Husak has presented a two-part case for decriminalisation. A positive part and a negative part.

The first (negative) part argued that none of the traditional rationales — harm to self, harm to children, prevention of crime and immorality — justify criminalisation. For starters, even if drug use is uniquely harmful (which it isn’t), we do not typically punish people for harming themselves. Similarly, the harms of drug use to children do not seem sufficient to warrant the punishment of adults for consuming drugs. More emphatically, far from preventing crime, drug criminalisation may well be a cause of crime. And finally, even if drug use were immoral in the sense that it leads to the formation of bad character traits, this is not a good rationale for punishment. We do not criminalise all forms of personal vice.

The second (positive) part presented two reasons for favouring decriminalisation. The first was that the recreational use of drugs has some positive value for the user and should not be treated differently from other recreational pursuits. And the second was that current policies are counterproductive in a variety of ways. Hence, decriminalisation would have positive effects.
Posted by John Danaher at 1:03 PM