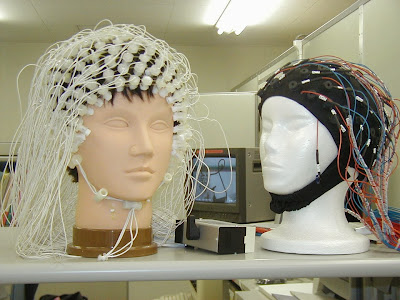 I have been interested in brain-based "lie" detection technologies and other forms of technological mind-reading for a long time, publishing several papers on the topic. My latest paper is due to appear in an edited collection some time next year. The collection will be entitled Responsible Innovation Volume 2: Concepts, Approaches and Applications (Springer). The paper is an exploration of one possible way in which to deal with such technologies.

Anyway, here's the abstract, along with a link to an advance copy:

Abstract: Memory Detection Tests (MDTs) are a general class of psychophysiological tests that can be used to determine whether someone remembers a particular fact or datum. The P300 MDT is a type of MDT that relies on a presumed correlation between the presence of a detectable neural signal (the P300 “brainwave”) in a test subject, and the recognition of those facts in the subject’s mind. As such, the P300 MDT belongs to a class of brain-based forensic technologies which have proved popular and controversial in recent years. With such tests increasingly being proffered for use in the courtroom — to either support or call into question testimony — it would behoove the legal system to have some systematic framework for ensuring that they are used responsibly. In this paper, I defend one such framework for ensuring that this is the case: the legitimacy enhancing test. According to this test, it is appropriate to make use of technologies such as the P300 MDT whenever doing so would (probably) enhance the legitimacy of the trial. I argue that this test addresses tensions between scientific and legal norms of evidence, and exhibits a number of additional virtues including unification, simplicity and flexibility. Although the test is defended by considering the example of the P300 MDT, its significance is much broader than that. If it has the virtues I claim for it, it should provide a general framework for the responsible use of technologies, and the responsible innovation of social epistemic systems.