The Ethics of Benign Carnivorism (Part One) 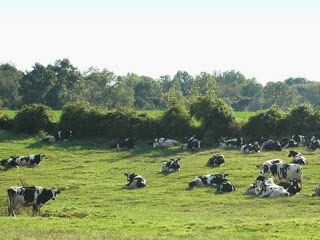 Is it morally permissible to eat farmed meat? According to a position known as “benevolent carnivorism” it can be. I’ll offer a more detailed characterisation of this position below, but in general terms benevolent carnivorism (BC from here on out) is the view that it is permissible to eat farmed meat so long as the animals one eats live good lives (that they would not otherwise have lived) and are painlessly killed. Proponents of BC are opposed to factory farming and any other practices that cause great suffering to animals. But they still eat meat.

Jeff McMahan’s article “Eating Animals the Nice Way” offers an interesting and typically careful critique of the BC view. According to McMahan, the standard defences of BC suffer from various formal problems and even when these are corrected the view still suffers from substantive weaknesses. These substantive weaknesses are so great that the only plausible version of BC is outlandish and unlikely to be practicable in the real world. The implication would then seem to be that BC is indefensible.

McMahan’s article presents a challenge to my own beliefs and practices. I still eat meat, despite various qualms. There are a variety of reasons for this, many non-rational and contingent upon my personal history. Nevertheless, in my more reflective and rational moments, I think I can justify my position by appealing to something like BC. I must confess, however, that I hadn’t given the matter much thought prior to reading McMahan’s article.

Over the next two posts, I want to go through McMahan’s arguments. In the remainder of this post, I will do three things. First, I will offer a more detailed characterisation of BC. Second, I will outline a basic defence of BC. And third, I will look of some of McMahan initial criticisms of that defence. Part two will look at some more detailed critiques.


1. What is Benevolent Carnvorism?
As I mentioned, BC is the view that it is okay to eat farmed meat, so long as the animals one eats live good lives and are painlessly killed. This is a basic sketch. In his article, McMahan lists a bunch of other characteristics that are part and parcel of the BC view. Here are the most significant ones:

Second, these characteristics suggest that BC is quite idealistic. I suspect that it is doubtful whether any actual commercial farming and slaughtering system currently meets the conditions of BC. I know that certain organic and free range farming methods are better than factory farming, and I know that there are efforts to make more humanely-reared meat available for market, but I wonder whether these meet the thresholds required for BC. That said, I’m not knowledgeable enough about the matter to say for sure.

Third, the use of the word “animals” is a little unfortunate here. That term denotes a broad and diverse class of creatures some of whom raise fewer moral concerns than others. For example, I would argue that there is a significant moral difference between a cricket and a chimpanzee. I would be much less concerned about the morality of farming and eating the former than I would be about farming and eating the latter. McMahan never really addresses this issue in his article, sticking with the general term “animal” throughout. Nevertheless, I would suggest that for the remainder of this series, the term be read with the usual suspects in mind. So, for a Westerner, that would mean animals like chickens, sheep, cows and pigs.


2. A Basic Defence of Benign Carnivorism
How can one defend BC? McMahan spends a good deal of time in his article addressing the value judgments that underlie BC. For instance, some people argue that BC rests on the assumption that animal suffering matters more than animal lives. So, as long as we reduce or eliminate their suffering, we are okay to reduce the length of their lives. But as McMahan argues, this assumption does not make sense of the BC position. For if suffering was all that mattered, it would make more sense to kill an animal before they even have the capacity to suffer. Or better yet, never cause them to come into existence in the first place. Clearly, defenders of BC do not believe that: they think there is value to some amount of animal life.

I think McMahan does good work when probing these value judgments. Still, the result is somewhat frustrating as he never then proceeds to offer a formal argument in favour of BC. I would have liked to have seen that. Fortunately, he does highlight two arguments/reasons that are typically proffered in support of the position. The first has to do with the lives of the animals; the second has to do with the humans who eat them.

The first is the comparative animal advantage argument. This is the view set out in characteristics A and B in the preceding section. It can be stated (informally) like this:


There are significant formal problems with this argument as it is currently stated. I’ll deal with these below. Despite these problems, I think the non-existence claim is correct. I think it is true that agricultural cows, sheep, pigs and chickens would cease exist without the practice of farming. From what I can tell, these animals (in their domesticated variants) are highly dependent on humans for their existence. If they were released into the wild right now, they would probably die out pretty quickly. (Does anyone know of a counterargument to this?)

The second argument/reason for BC has to do with the comparative advantages of meat consumption for humans. It can be stated (informally) like this:

Comparative Human Advantage Argument: It is comparatively better for humans to consume some meat than to rely on non-meat alternatives.


This is a very simple statement of the argument. The term “better” is deliberately vague. It could be cashed out in terms of health or dietary advantages (maybe consuming some degree of animal protein is better, on balance, for human health than consuming none) or it could be cashed out in terms of conscious pleasure (it is nicer/more enjoyable to consume meat). For what it’s worth, I think either version would be contentious. Nevertheless, I won’t dwell on those contentions here. One of McMahan’s main arguments against BC is that the practice is nearly always impermissible, no matter what the comparative advantages for humans might be (there might be one exception to this, which I’ll mention in part two). Consequently, we’ll just assume that some variant of the human advantage argument is correct in the remainder of this series.

One other point about the human advantage argument before moving on. Note how the argument only relates to the advantages of eating meat. It does not factor in possible costs and benefits of rearing and slaughtering meat. Some people argue that the costs of these practices are significant, particularly when it comes to environmental damage; others argue that these costs are overstated and that are in fact benefits from rearing and slaughtering animals. I don’t have a view on this right now.


3. Initial Criticisms of the BC
McMahan has a number of critiques of BC in his article, some of these respond to modified versions of the position. We’ll look at most of them in part two. For now, we’ll just conclude by considering two initial criticisms. The first one is largely formal; the second a little more substantive.

For the formal criticism we must return to the comparative animal advantage argument. As you can see from the statement of it above, this argument claims that BC is better for the animals in question than the alternative (their non-existence). But McMahan thinks that comparative claims of this sort — at least when they speak of what is “worse” or “better” for the animals — are off limits. To put it bluntly, in order to make claims about what is better or worse for an individual, that individual has to first exist. If they never existed, then it makes no sense to claim that they (qua individual) are worse off. As he puts it himself:

…to say that it is better for an animal to be caused to exist implies that it would have been worse for that same animal never to have existed. But again, there cannot be anyone for whom it is worse never to exist. In one clear and relevant sense, there are no individuals who never exist.


I think the situation is a little bit more complicated than McMahan makes out. We make comparative judgments of this type often enough when it comes to death, as he himself points out in a footnote, but perhaps the difference there is that at least we have an individual who has existed at one point. I might return to this problem at the end of the series as it seems to me that, throughout his discussion, McMahan simply assumes that death is always (comparatively) bad for the one who dies, which is a position that is rejected by certain schools of philosophical thought.

This leads us to the second, more substantive, criticism of BC. We can call this the “why not humans (or persons) too?”- dilemma. It is very straightforward. It holds that if it is acceptable to bring animals into existence, allow them to live a decent portion of their lives, and then painlessly kill them for the benefit of humans, why is it not acceptable to do analogous things to human beings?

Just to be clear, we are not talking about killing humans in order to consume their meat. That’s not the right kind of analogy. We are talking about rearing and killing humans in order to supply some other benefit for other human beings. McMahan gives the example of bringing a special group or class of humans into existence (who would not have otherwise existed) in order to supply organs to the rest of us. The donors would live lives that are, on balance, good; and the organs they supply would benefit many. So what’s the problem? (In case you are interested, a scenario akin to this is explored in Kazuo Ishiguro’s novel Never Let me Go).

Obviously, the intuition McMahan wishes to pump is that rearing humans for such a purpose would be morally impermissible. But if that’s right, why isn’t it impermissible to rear animals for an equivalent purpose? This is the basis for the dilemma. Either it is acceptable for both or acceptable for neither. It cannot be acceptable for one but not the other.

Okay, so we’ll leave it there for now. In part two, we’ll see whether there is anyway to resolve the “why not humans too” dilemma, and whether animal interests outweigh human interests, at least when it comes to the practice of eating meat.
Posted by John Danaher at 6:10 PM