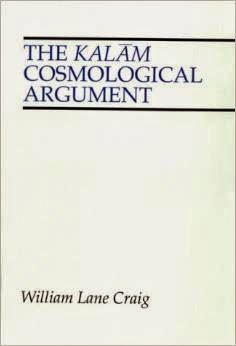 The Kalam Cosmological Argument is one the most widely-discussed arguments for the existence of God. Though it can be traced back to the work of Islamic theologians and philosophers, its most famous modern proponent is William Lane Craig. The basic argument can be stated like this:


Additional argumentation is then introduced to show why the cause must be an immaterial, eternal and personal being (i.e. God).

Is the argument any good? I have looked at several critiques of the arguments over the years. I thought it might be useful to collect all of those discussions in one place. So that's exactly what I have done.


1. Must the Beginning of the Universe have a Personal Cause?
This four-part series of posts looked at an article by Wes Morriston, who is probably the foremost critic of the Kalam. In the article, Morriston argues that the first premise of the argument is flawed and, more importantly, that there is no reason to think that a personal being is required to explain the beginning of the universe. This series appeared on the blog Common Sense Atheism (when it was still running), so the links given below will take you there:


2. Schieber's Objection to the Kalam Cosmological Argument
Justin Schieber is one of the co-hosts of the Reasonable Doubts podcast, and a prominent atheist debater. Back in 2011 he offered a novel and interesting critique of the Kalam argument. Briefly, he cast doubt on the claim that God could have brought the universe into existence with a timeless intention. I tried to analyse and formalise this critique in one blog post:


3. Hedrick on Hilbert's Hotel and the Actual Infinite
The second premise of the Kalam is often defended by claiming that the past cannot be an actual infinite because the existence of an actual infinite leads to certain contradictions and absurdities. This is probably the most philosophically interesting aspect of the Kalam argument. One of the thought experiments Craig uses to support the argument is Hilbert's Hotel. In this series of posts, I look at Landon Hedrick's criticisms of this thought experiment.


4. William Lane Craig and the Argument from Successive Addition
Even if the existence of an actual infinite is not completely absurd, Craig argues that it is impossible to form an actual infinite by successive addition. But this is exactly what would be required if the past is without beginning. In this post, I look as Wes Morriston's criticisms of this argument:

5. Puryear on Finitism and the Beginning of the Universe
This post was part of my journal club. It looked at Stephen Puryear's recent, novel, objection to the Kalam. It is difficult to explain in a summary format, but suffice to say it provides an interesting, and refreshing, perspective on the debate:

6. Beginning to Exist and the Kalam Cosmological Argument
The central concept in the Kalam argument is that of 'beginning to exist'. But what does it mean to say that something begins to exist? This post looks at Christopher Bobier's interpretation of the phrase, arguing that there is no plausible interpretation that retains the intuitive appeal of the argument.