How should you title an academic article? 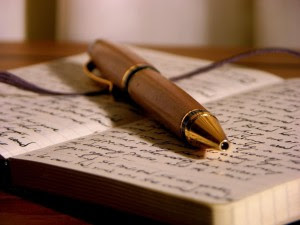 I have two guiding presumptions about the nature of academic publishing. The first is that academics want their work to be read. Academia is, for better or worse, a popularity contest. Academics want their work to be popular among other academics, and among policy-makers and the general public (depending on their goals and the nature of their research). ‘Popular’ doesn’t necessarily mean respected or admired. It is, of course, better to be popular and right, or popular and interesting, or popular and thought-provoking. But if you can’t be any of these things, then being debated and discussed is probably better than being ignored (within reason: if you are so controversial or stupid that you are constantly ridiculed, harassed or threatened, it is unlikely to be pleasant; anonymity might be better in that case).

In saying this, I don’t mean to downplay the intrinsic merits or rewards of writing and research. There is a lot to be said for the process of thinking and puzzling out an issue; of gaining private insight into some important concept or truth. But if you are only in it for these intrinsic rewards, then you don’t need to publish at all. If you are publishing your work, then popularity must matter at some level. This is true even if you only care about publishing in terms of the material rewards it brings. In the modern academy, career advancement depends, to a large extent, on how popular your work is. Universities love popularity metrics (e.g. reputational rankings). And the importance of all this is reflected in the fact that most academic publishers now provide you with a variety of popularity metrics whenever you publish your work with them. These include things like the number of downloads, shares on social networking sites, and citation rates. Academics often reference these things when looking for promotion or employment (I know I do).

My second presumption about the nature of academic publishing is that attention spans are incredibly short, and probably getting shorter all the time. This is certainly true for me. The internet is a rich cornucopia of information, and academic papers are published at an alarming rate. Deciding which papers to read is like trying to drink from a firehose. This means that if you want your work to be read, you really need to grab the potential reader’s attention. But how can you do this? I have a tendency to use my own experience as a guide — based on the assumption that there is nothing abnormal or non-average about me. A more data-driven approach would be useful but I’m quite lazy on that front. In any event, based on my own experience, two things determine whether or not I will read an article: the first is the article title; the second is the article abstract.

Now, I have a pretty rigid set of views about what an article abstract should look like. I think it should provide a very clear summary of the argument (or arguments) that will be defended in the article. The reader should be left in no doubt about the position(s) you will end up with at the end of the article. I also have a preferred template or test I use when writing an abstract. I wrote about this on a previous occasion. But despite my well-ordered approach to writing article abstracts, my approach to article titles is completely haphazard. I come up with something that feels or looks intuitively adequate, and then I think about it no more.

But if the goal is to be read, then this is pretty odd approach to take. In many ways, the title is likely to be more important than the abstract. The title is the first thing the reader sees. It will determine whether or not they even look at the abstract. So I really should be thinking about article titles in a more systematic manner. This post is a first step in this direction. I want to use it to catalogue some of my previous article-titling strategies, and to offer some reflections or thoughts on these strategies. And I also want to use it as a springboard for debate and discussion. It would be great if people could share their own thoughts and reflections on how to come up with article titles in the comments section.

I’ll start the ball rolling by describing my own approaches. As I just said, I’m pretty haphazard on this front. Nevertheless, there are some patterns and rules to what I do. The main rule is that I don’t like overly ‘clever’ or ‘funny’ titles. When I first started reading academic journal articles, I was enamoured with what I took to be funny or clever titles. I won’t name or shame anybody but you can imagine the kind of thing. Articles with titles like: ‘Bitch Better Have My Money: On the wisdom of debt forgiveness’. Over time I grew tired and suspicious of these title. Maybe this is irrational, but I think titles of this sort have a tendency to obscure. My own preferred titling-strategies settle into four categories:


The Question Title: A title which contains a provocative question of some sort. Some people hate question-titles. There is long-standing trope in journalism that any headline in the form of a question can always be answered ‘no’. But this isn’t true and I think question-titles have great merit. Questions can raise intriguing issues that pique a reader’s curiosity, and I think they can convey the subtle implication that the approach taken in the article will be inquisitive and non-ideological in nature (even if concrete conclusions are reached). I have only used a question in two of my article titles in the past — “Robotic Rape and Robotic Child Sexual Abuse: Should they be criminalised?” and “Hyperagency and the Good Life: Does Extreme Enhancement Threaten Meaning? — but I think I will do it more often in the future.


The Propositional Title: A title which contains (implicitly or explicitly) a clear statement of the main proposition(s) that will be defended in the article. I think this is a good approach to take, provided that the propositions being defended are interesting and capable of being stated succinctly. Many of my article titles are implicitly propositional, but I think only one or two have been successful on this front. My article on AI risk was titled “Why AI Doomsayers are like Sceptical Theists and Why it Matters”, which sets out pretty clearly what I will attempt to argue in main body of the article. And my article on the death penalty was titled “Kramer’s Purgative Rationale for Capital Punishment: A Critique”, which just about manages to imply what will be argued, though it doesn’t explain exactly what the problem with Kramer’s rationale is. I would like to experiment with more explicit propositional titles in the future.


The Descriptive-Triplet or -Doublet Title: A title which mentions the two or three key concepts or topics that will be addressed in the article. Descriptive titles definitely have their merits. I like them because they can be effective ways of conveying to the reader what the article is about, and they can allow readers to easily identify whether the concepts or topics covered are relevant to their own areas of research. I also think that doublets and triplets can be succinct, memorable and pleasing to the ear. Nevertheless, this is definitely a format that I tend to overuse, and I often fall back on it when desperate. For example, my last two articles have adopted the descriptive-triplet format — “Human Enhancement, Social Solidarity and the Distribution of Responsibility” and “Common Knowledge, Pragmatic Enrichment and Thin Originalism”. These seem dull and uninspiring to me now. I’m not sure I would have any interest in reading an article with a similar-sounding title.


The Ridiculous Title: A title which attempts to be provocative, descriptive or propositional but which fails due to length or obscurity. This is really just a catch-all category for the article titles I have come up with which seem — to my eyes — to fail miserably to provide an interesting hook for a reader. My favourite example of this from my own work is the article I published earlier this year on brain-based lie detection. For some unknown reason I thought the following would be a good title: “The Comparative Advantages of Brain-Based Lie Detection: The P300 Concealed Information Test and Pre-Trial Bargaining”. I think the idea was to provide a title that covered the main concepts and ideas, and then gave a sense of what the argument would be (something about the ‘comparative advantages’ of brain-based lie detection tests, whatever they are). But I think it fails miserably because it is replete with jargon (what is a “P300 Concealed Information Test”?) and is overly long. If I were given the chance, I would definitely re-title it to something like “Stopping the Innocent from Pleading Guilty: How Brain-Based Lie Detection Might Help” — which would give a clearer sense of what is being argued in the piece and why it is important.


So those are my strategies and thoughts. Do you have any thoughts on this topic? Do you know of any good data-based studies of academic article titles? (Someone must have looked into this in a systematic way). If so, please share in the comments section.
Posted by John Danaher at 10:42 PM