Are we ready for robot relationships? (Video Debate)


[If you like this blog, consider signing up for the newsletter...]

On the 21st February 2017, I participated in a British Academy debate on the topic 'Are we ready for robot relationships?'. The debate took place at DeMonfort University, Leicester UK. It featured contributions from Luke Dormehl, Margaret Boden, Kathleen Richardson, Nicole Dewandre and myself. You can watch the video of the debate above.

I was the only participant who defended a broadly positive outlook on robot relationships, but I did this largely for the purposes of balance within the debate. I share some of the concerns articulated by the others.

On the whole, I think the conversation generated by the debate was positive. I would encourage people to watch it and to see what the other participants had to say. 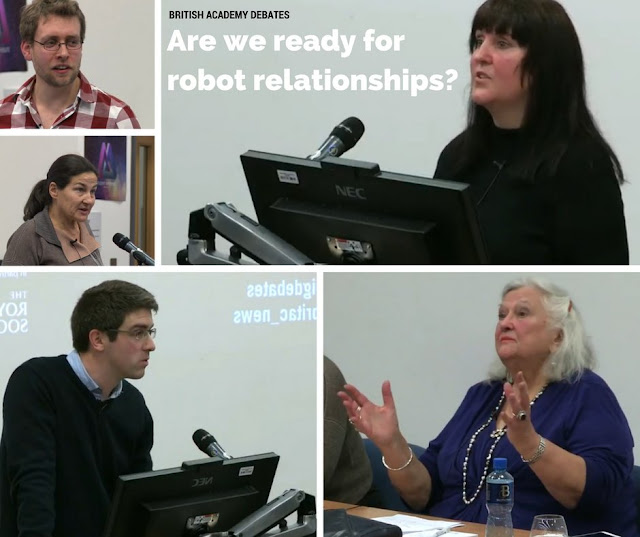