3 Podcasts about Bitcoin and the Blockchain 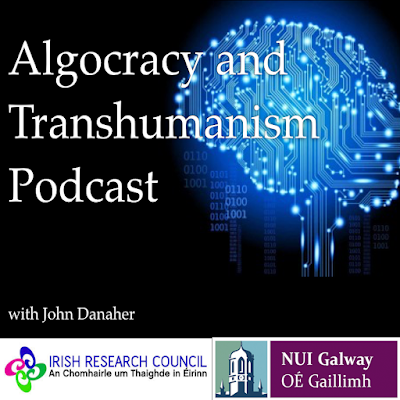 I have done several episodes of the Algocracy and Transhumanism Podcast on the philosophical and social implications of bitcoin and blockchain technologies. I thought it might be worth collating them together in this post for people who are interested in the topic.

Remember you can subscribe to the podcast on iTunes and Stitcher. The RSS feed is available here.


Episode #9 - Rachel O'Dwyer on Bitcoin, Blockchain and the Digital Commons:


Episode #14 - Aaron Wright on Blockchain Technology and the Law

In this episode I speak to programmer and lawyer Aaron Wright. Aaron is an expert in corporate and intellectual property law, with extensive experience in Internet and new technology issues. He is a professor at Cardozo Law School and the Director of the School’s Tech Startup Clinic. I speak to Aaron about the issues arising from his forthcoming book about blockchain technology and the law (co-authored with Primavera De Filippi) that will be published by Harvard University Press. You can download here or listen below


Episode #28 - Angela Walch on the Misunderstandings of Blockchain Technology