Does Consciousness Matter from an Ethical Perspective? 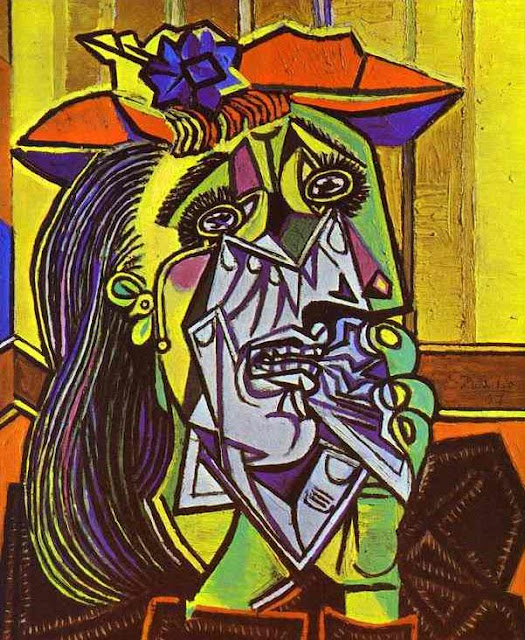 Consciousness is widely thought to be important, particularly from an ethical perspective. It is hard to find widespread agreement in ethics, but one relatively uncontroversial ethical fact is that pain is intrinsically bad and pleasure is intrinsically good. This fact depends on consciousness. It is only if a being has the capacity for consciousness that they can actually experience pleasure or pain. According to some, this capacity — also called the capacity for sentience — is the sine qua non of moral status: all beings with this capacity have at least some moral standing.

There are also more elaborate theories of moral status that underscore the centrality of consciousness to ethical thought. For example, many people claim that “personhood” is a key property for moral status. Only persons, it is alleged, attract the highest degree of moral standing and protection. But what is personhood? There is disagreement on this, but at a minimum personhood would seem to require the continuing capacity for consciousness and self-consciousness, i.e. continued conscious awareness of yourself as a subject of experience over time.

Given this, you might think it would be pretty odd for someone question whether consciousness is ethically significant. But this is exactly what Neil Levy does in his short article ‘The Value of Consciousness’. Despite its contrarian starting point, Levy ultimately agrees that consciousness matters from an ethical perspective, but just not in the way that many people think.

Let’s see what his argument is.


Access Consciousness = The informational availability of a mental state. In other words, the capacity to access mental information and report on it, express it, manipulate it in reasoning, deliberate about it and so on. To continue the apple example, access consciousness would be the ability to talk about the experience of eating the apple, and to remember looking at and eating it at a later time.

The philosopher Charles Siewert makes this point quite forcefully with the following thought experiment (this is my own modification of it).

Zombie: You are about to eat some revolutionary new synthetic food. The food is really tasty, but the nutritionist tells you that there is a major side effect associated with it. It is quite possible (say a 50% chance) that after eating it you will be a philosophical zombie. This means that you will lose your phenomenal consciousness and will no longer have qualitative experiences. But you will be otherwise unchanged. You will look and act like an ordinary human being. You will have access to past memories and events. You will be able to build a personal narrative about your life. Anyone interacting with you will be unable to tell the difference. 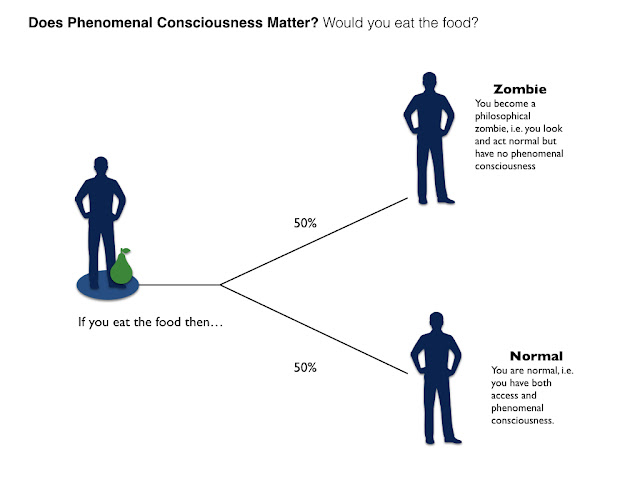 Levy defends this view by making a number of points. First, he argues that someone with access consciousness still has a point of view on the world. In other words, they will have certain dispositions and reactions to the world around them. They will value some things and disvalue others. They will have interests that can be thwarted or fulfilled. These mental states may all be purely functional in nature and so not associated with any phenomenal experience, but they are still real and still provide a foundation for a ‘valuing’ relationship between the person and the world around them. This is important because Levy thinks some people are too quick to deny the possibility that a person who lacks phenomenal consciousness can have a valuing relationship with the world.

Second, Levy argues that it is possible to talk meaningfully about the well-being (or welfare) of a philosophical zombie. This is true if you follow some of the classic theories of well-being. According to the desire-satisfaction theory, for example, a person’s life goes well for them if their desires are satisfied. A philosophical zombie can have desires — there is nothing in the concept of a desire to suggest that it requires phenomenal consciousness — and so their life can go better or worse depending on the number of desires they satisfy. Similarly, on an “objective list” theory of well-being, a person’s life goes well for them if they achieve certain objectively defined states of being, e.g. they are educated, their health is good, they have friends and family, they have intimate loving relationships and so on. Again there is no reason to think that a philosophical zombie cannot satisfy these conditions of well-being. Indeed, their “objective” nature makes them immune to considerations of phenomenality.

But this brings us to the potential spanner in the works. The desire-satisfaction and objective list theories of well-being are but two of the three most famous philosophical theories of well-being. The third theory is hedonism, which suggests that happiness or pleasure is the key to well-being. You might think that both happiness and pleasure are ruled out in the absence of phenomenal consciousness. Indeed, I’ve been assuming as much thus far, but Levy argues that we shouldn’t be so quick to make that assumption. He argues that genuine happiness may be possible without much (or anything) in the way of phenomenal consciousness.

He makes his case using a famous psychological case study. In some ground-breaking work, Mihaly Csikzentmihalyi and his colleagues discovered that people often report their highest levels of satisfaction and happiness during periods of ‘flow’. This arises when people are totally absorbed by some challenging activity. One of the noticeable things about these periods of flow is that people tend to lose the sense of themselves in these moments. That is to say, they lack self-awareness during peak flow. Their awareness is absorbed by the activity, and not by themselves nor (and this is crucial for Levy) any awareness of experiences they may be having in that moment. This is often reflected in the fact that people are unable to describe exactly what they were experiencing in the moment (though some argue that people do have phenomenal experiences in these moments but simply lack access to them).


3. Conclusion and Implications
I find Levy’s argument interesting. I find it relatively persuasive to suggest that phenomenal consciousness isn’t the only thing that matters when it comes to moral status and standing. The behavioural and functional aspects of consciousness can support a valuing relationship between an entity and the world around it, and provide the basis for a meaningful concept of well-being. This is true even if phenomenal consciousness also matters (or matters more).

This is something I very much agree with. I’ve written a few pieces in the past defending something that I call “ethical behaviourism” which argues that moral standing has to be determined by observations of behaviour. I tend to subsume within ‘behaviour’ what Levy would call access consciousness. In other words, I think that functional brain states might be included among the ‘behaviours’ that we use to determine the moral standing of another. But I am inclined toward a more extreme view which holds that behavioural states would trump functional brain states in any difficult case where the two do not seem to coincide.

Of course, a full defence of that view is a task for another day. For now, I think it suffices to say that Levy’s paper raises an important question and pursues a provocative answer to that question — one that goes against the common sense of many people.