Who's Still Afraid of Determinism? (Part 2) 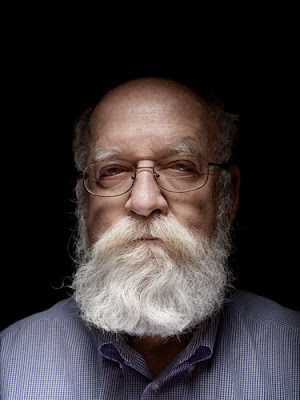 In the previous entry we took a look at the motivations behind D & T’s article and outlined some of the formal concepts they use in making their arguments. In this entry, we turn to the arguments themselves.

Let’s see why D & T think those concerns are misplaced.


1. Determinism and Alternative Possible Futures
Dennett thinks that the following famous footnote in one of J.L. Austin’s essays sums up the incompatibilist position on alternative possible futures:

In this short paragraph, Austin is making a claim about what it is possible for him to do. In the previous entry, we saw that such statements are characterised by their appeal to possible worlds. So, roughly, what Austin is saying here is that the sentence “Austin holes his putt” is true in at least one possible world within a specified subset (X) of possible worlds. 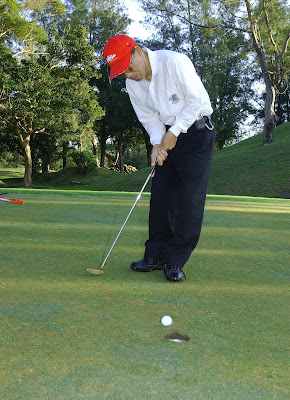 The big problem for Austin is how large the specified subset X needs to be in order for him to meaningfully claim that he “could have holed the putt”. In the portion quoted above, Austin seems to include just one world in the subset X: the actual world in which we live (“conditions as they precisely were”). D & T call this the “narrow” approach and think it is typical of the incompatibilist position.

D & T’s contention is that the narrow approach is flawed: to make meaningful claims about what is possible, we have to have a broader interpretation of the subset X. Indeed, Austin himself seems to be aware of this because after the section just quoted he continues in the following manner:

“Further experiments may confirm my belief that I could have done it that time, although I did not.”

If Austin sticks to the narrow approach, “further experiments” are meaningless since they occur in a different set of conditions. Only if he takes the broader approach would such a claim make sense.*

D & T reinforce this observation with a lengthy thought-experiment about two chess-playing computers. Anyone who has spent time reading Dennett will know that, along with Conway’s Game of Life, this is one of his favourite “intuition pumps”. Apparently, there is no concept in the philosophy of mind, biology and responsibility that fails to be illuminated by it.

I won’t repeat the lengthy discussion of the chess-playing computer programmes here. Suffice to say, the important point about such programmes is that they are “miracles of determinism”: they play chess games in accordance with predetermined algorithms. Nevertheless, they can they can play different sequences of games if they make use of pseudo-random number-generators. Each one of those games is a possible world (in a subset X), and each one reveals something about the competencies and capabilities of the computer programme. Or, to put it another way, the games reveal something about what it is possible for the programmes to do. This is a meaningful sense of possibility, and it is based upon a broad construal of the set X.

D & T argue that these observations make discussions of possibility perfectly compatible with a deterministic worldview. The ball is thus sent back to the incompatibilist’s court: they must show why indeterminism is necessary.


2. Making a Difference in a Deterministic World
The second worry that incompatibilists have about determinism relates to causal powers. To recap, the concern is that determinism leads inexorably to the view that human beings are mere receptacles through which non-human causal forces exert their powers. D & T obviously think this is wrong and they do so on the basis of a simple argument:


Premise (1) could be taken as a stipulative definition of what determinism is, however, that may be a little unfair since it also tracks well what I have read elsewhere. D & T say the definition amounts to something like the following:

What does this definition actually mean when making a causal judgment with practical implications? 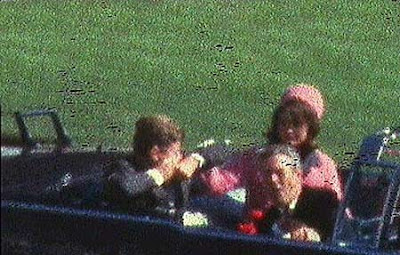 D & T look to the example of JFK’s assassination by Lee Harvey Oswald. According to determinism, the condition of the universe one instant after the big bang (call this “σ”) sufficed to produce the death of JFK in November 1963 (call this “ψ”). But, argue D & T, this tells us nothing about what actually caused Kennedy’s death, or who bears responsibility for his assassination.

This is because although σ is sufficient for JFK’s assassination, it is not necessary. JFK could have been assassinated even if σ were other than what it was. The necessary preconditions of the assassination included things like “Lee Harvey Oswald was born” and “Oswald pulled the trigger of his gun” and so on, not the complete description of the microphysical properties of the universe one instant after the big bang.

This example allows us to see why the incompatibilist fear of determinism is misplaced: when we are interested in explaining why something happened, or in figuring out who bears responsibility for it, we are primarily interested in what is causally necessary, not what is causally sufficient. This is what is asserted in premise 2. The conclusion follows as a matter of course.

This brings us to the end of D & T’s main article. They have now, to their minds, shown why there is nothing to fear from determinism and why incompatibilists bear the burden of proving otherwise. They have an appendix in which they deal with Peter Van Inwagen’s famous Consequence Argument. I’ll look at that in the next entry.


* I sometimes like to employ a explicability argument in response to those who make use of the narrow approach. As follows: Suppose one does accept the narrow approach, and suppose the one world within the set X does give rise to alternative possible futures. Ask yourself: what is making the difference in realising these possible futures? By stipulation, it can’t be anything in your personality or psychology because if they were different, conditions would not be “precisely as they were”. So what could it be? The answer: nothing that is relevant to an ascription of responsibility. Is this a good argument? I think so, but I'd be interested in hearing counterarguments.
Posted by John Danaher at 4:54 PM