Action, Responsibility and the Ability to do Otherwise (Part 2) 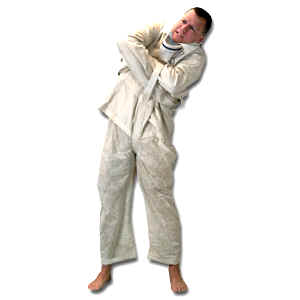 PPR is often used to support PAP, sometimes as a premise in an argument for PAP, sometimes as a challenge to the popular Frankfurt counterexamples to PAP. We reviewed both of these uses in part one. In the remainder of this post, we will consider Capes’s objections to PPR.

Obviously, if Capes’s objections are successful, PPR cannot be used to support PAP. This is probably the most significant implication of the following arguments.


1. Action, Control and PPR
Capes begins his critique of PPR by asking why it is that some people think the power to refrain from performing an action is a necessary condition of being able to perform an action. He thinks the attractiveness of PPR comes from the close association between control and action.

The idea is this: according to most accounts, for something to count as one of your actions you must be in control of it. But, so the story goes, you are only in control of something if you can refrain from doing it.


Of course, (3) is equivalent to PPR. So if you accept the link between control and action, and you accept the definition of control contained in premise (2), you must accept PPR.

But therein lies the rub. As Capes points out, there is no reason to accept the definition of control contained in (2). He uses an example from Fischer and Ravizza to make his point (this is my paraphrase):

Now ask yourself the question: are you in control of the car (i.e. are you driving the car)? Fischer, Ravizza and Capes think the answer is clearly “Yes!”. But then think about the nature of that control. In this example, it is not the case that you can stop the car from steering to the right because if you do your instructor will intervene. In other words, you are control despite the fact that you cannot do otherwise. Thus, premise (2) is false.

Fischer and Ravizza explain this by distinguishing between two types of control: (i) guidance control and (ii) regulative control. The latter requires the ability to refrain from doing something; the former does not. Guidance control is a property of the actual sequence of events that leads up to the performance of an action, not a property that extends across multiple possible worlds. As we saw in part one, Fischer thinks it is the actual sequence that matters.


2. Action and OCD
The second of Capes’s objections to PPR at first struck me as being a little strange. It was obviously something that had come up in the literature, but I couldn’t help but think there was an easy solution to it for the proponent of PPR. On reflection, I think it reveals an important point about the distinction between action and responsibility, and the nature of philosophical arguments.

The objection stems from an analysis of the behaviour of individuals with certain compulsive conditions e.g. tourettes or OCD. These conditions appear to prevent these individuals from being able to refrain from performing certain actions. But, so Capes’s objection seems to go, such individuals are still capable of action and thus PPR is false. 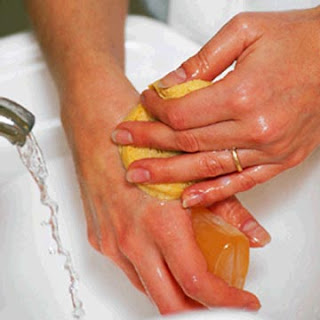 In support of this, Capes cites the example of Bob who is a compulsive handwasher. He asks us to look at one handwashing sequence from Bob’s life that occurs at T1. He then seems to argue something like the following (this is my reconstruction of his reasoning):


What is this argument really saying? Well, first of all, it is suggesting that the attribution of intentional action to Bob seems to be appropriate since his motivations directly caused his behaviour. The hidden assumption (which seems to be borne out in the literature) is that proponents of PPR would be inclined to accept this attribution. But then they must confront the second part of the argument which suggests that it is not the case that Bob could refrain from what he did.

In his article, Capes shows how proponents of PPR try to deny the second part of his argument by constructing convoluted analyses showing how those with conditions such as OCD and tourettes actually do have the power to refrain from doing something despite lacking the motivation to refrain. On the whole, I think Capes’s succeeds in showing that these analyses are implausible.

But this is where my initial confusion arose. Why is it that proponents of PPR must accept the first portion of the argument? Why couldn’t they just use PPR to deny that Bob is capable of action? On reflection, I think there are two things to be said in response.

First, it could be said that this is one of those areas in philosophy where there is a complex interplay of intuitions and principles. The intuitive reaction to cases like Bob, at least according to Capes’s analysis, is that the individuals in question are capable of action. Furthermore, in this instance, those intuitions are thought to trump the principle of possible refrainment.

Second, we can re-emphasise the distinction between action and responsibility. Remember, PPR is supposed to define one of the necessary conditions of action, not one of the necessary conditions of responsibility. So we can say that Bob is capable of action without saying that he is responsible. Indeed, I suspect that it was the conflation of action and responsibility that really led to my initial confusion: I was thinking of how hard determinists might simply say that cases like Bob’s show why no one is responsible for anything. But we're not concerned with that here.


3. Unthinkable Omissions
Capes’s final objection to PPR is, in my opinion, quite interesting. He begins by defining a particular subset of actions known as unthinkable actions:


“Unthinkable Action” = A-ing is unthinkable for S if, at time t, S is unable to intentionally A.

To give this some meaning, imagine you have been taught all your life that torture is always and everywhere a moral wrong. As a result of this teaching, when you are confronted with a situation in which you are ordered to torture another human being you find it impossible to muster up the motivations necessary for carrying out this order. Thus, torture is, for you, an unthinkable act.

(Note: “unthinkable” may be a misnomer since the point is not that you are incapable of thinking about torture, but, rather, that you cannot motivate yourself to perform the act.)

Capes argues that there may be many instances in which actions are unthinkable for agents. Indeed, it may be a distinguishing mark of the morally virtuous agent that he/she in incapable of performing morally impermissible actions.

The example Capes gives concerns a mother who cannot prevent herself from forming the motivations necessary to help her alleviate her own child’s suffering. Such a woman would surely be commended for her efforts in trying to alleviate the child’s suffering.

Note what is going on in this example: the mother is incapable of refraining from performing whatever actionsare necessary for her to help alleviate her child’s suffering. In other words, she violates PPR. But surely we would not deny that such a woman was capable of acting? And if we don’t deny this, we once again cast doubt on PPR.
Posted by John Danaher at 12:58 PM