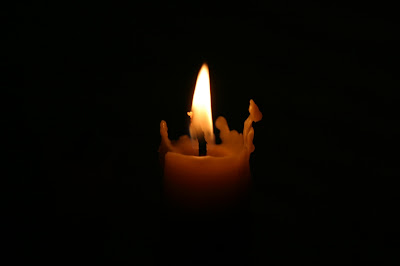 Frankfurt-style cases are designed to function as counterexamples to the principle of alternative possibilities (PAP). I discussed both of these things in a pair of posts last week. In the comments section to the second of those posts, reader Robert Oerter (of the blog SomewhatAbnormal) brought up an interesting objection to the Frankfurt-style case.

As promised, this series of posts looks at John Martin Fischer’s response to that type of objection.


1. What is the Objection?
First, we must get a general idea of the objection. Consider the following two Frankfurt-style cases:

The second of these is the more traditional version. The idea is that in both cases the agent has morally responsible control over its actions. But in neither case is it true that the agent had the power to do otherwise. This is because of the presence of a counterfactual intervenor (i.e. the fail-safe device or the instructor) which will prevent the agent from doing other than what it did. But if this is true, and if we accept that morally responsible control is present in both instances, then we have effectively denied the relevance of PAP to ascriptions of moral responsibility.

That, at any rate, is how the argument is supposed to run. Robert brought up the following objection to the use of cases 1 and 2 to refute PAP (he was directly commenting on case 1 but his comments can be expanded to cover cases like case 2):


“There seems to me to be a serious problem with this scenario, and with Frankfurt-style cases in general. In the scenario, the instructor will only take control IF YOU ACTUALLY BEGIN STEERING TO THE LEFT. Thus, i[t] is in fact the case that you can stop steering to the right. And it is ONLY in this case that the proposed override becomes operative.

So, these cases seem to present a contradiction in the way they are treated. Under the given conditions, the intervention only becomes operative if you perform the action ("Stop steering to the right"). Yet the conclusion claims that you CANNOT perform the action.”

Robert’s comment gets at something that John Martin Fischer calls the “Flicker of Freedom”-strategy. This is a strategy that some philosophers have employed in response to Frankfurt-style cases.

The observation that motivates this strategy is the following: in cases like 1 and 2 the agent it not totally compelled to do what they did. They each had the ability to display a flicker of freedom: Jones’ could have displayed some inclination to vote for the Republican and you could have begun veering to the left. And it would only be after those flickers of freedom had been displayed that the counterfactual intervenor would play its part and prevent the agent from doing otherwise.

Two implications are drawn from this observation:


Fischer responds to the flicker of freedom-strategy in his essay “Responsibility and Alternative Possibilities” which can be found in his book My Way: Essays on Moral Responsibility

. The rest of this series summarises his response.


(i) Tracing Back
The first version of the strategy claims that if you trace back the sequence of events in any Frankfurt-style case, you will eventually come across a flicker of freedom: a brief window of opportunity that opens into an alternative possible future. The claim is then that it is impossible to construct an example that lacks at least some form of flicker. And that it is always the presence of this flicker that accounts for our intuitive belief that the agent is responsible in such cases.

For instance, look again at case 1. There is a very obvious flicker of freedom in this case: you can actually start to veer the car to the left, only after you do this will the instructor intervene. In case 2, the flicker is more subtle: the fail-safe device uses some indicator of future decision-making (perhaps a particular pattern of brain activity) before it kicks into action. This indicator is the flicker of freedom. Other Frankfurt-style cases can be constructed in which the flicker is even more subtle, but, so the objection goes, some sort of flicker is always present if you trace back far enough.


(ii) Action-Individuation
The second version of the strategy focuses on how we individuate actions and considers the impact of this process of individuation on our understanding of alternative possibilities. According to a strong version of action-individuation, an action is different if any part of the causal sequence leading up to the performance of the action is different. So, for example, if I pick up my pen with my right hand at the point closest to the tip, I am said to be performing a different action than I would have if I picked it up, with my right hand at the opposite end.

Although this analysis applies most obviously when we use a strong version of action individuation, Fischer thinks it could apply equally well for weaker versions because, however you look at it, voting Democrat after some fail-safe device has been triggered does seem to be a different action from voting Democrat without the triggering of that device.


(iii) Agent Causation
The third version of the strategy is quite similar to the second. The difference comes in its appeal to the concept of agent causation. This is a concept that is easy to describe but somewhat difficult to understand. The description is the following: an agent can cause an event in a manner that is distinct from how an event causes another event. All agent causes are free in the sense that they are undetermined by prior events.

This affects our perception of the Frankfurt-style case in the following manner. In the actual sequence, where the fail-safe device does not play a part, Jone’s agent-causes his decision to vote Democrat. In the hypothetical sequence, the decision to vote Democrat is induced by the fail-safe device, not by Jones qua agent. This difference again amounts to a flicker of freedom.


(iv) Doing things on your own
The final version of the flicker-strategy focuses on the type of action the agent is deemed to have performed in the actual sequence vis-a-vis the hypothetical sequence. The argument is that in the actual sequence the agent (e.g. Jones) performs the action “voting for the Democrat on his own”, whereas in the hypothetical sequence he merely “votes for the Democrat”. The difference constitutes an alternative possibility and thus a flicker of freedom.


Fischer says he doesn’t have a knockdown argument against these objections to the use of Frankfurt-style cases. But, then again, knockdown arguments are few and far between in philosophy. Instead, he has a “set of considerations” which lessen the appeal of the flicker-strategy. We’ll look at those in the next post.
Posted by John Danaher at 8:55 PM