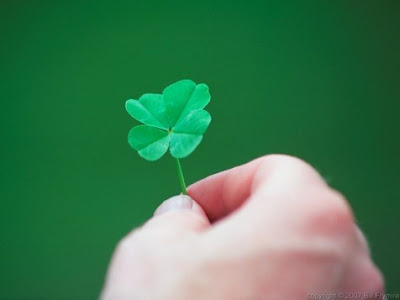 (Conceptual Framework on Free Will)

This post is part of my ongoing series on free will and moral responsibility. It goes through a recent (and refreshingly succinct) paper entitled “Lucky agents, big and little: Should size really matter?” by David Blumenfeld. Blumenfeld’s paper challenges Alfred Mele’s alleged solution to something known as the problem of present luck. This is a problem that is said to confront libertarian theories of free will.

The structure of the post is as follows. First, I will introduce and outline the problem of present luck. Second, I will present Mele’s alleged solution to the problem (as it is stated in Blumenfeld’s paper). And third, I will outline Blumenfeld’s critique.

Before I get underway I just want to note that Blumenfeld’s is the only academic paper I have ever read that contains the term “Pussy Pleaser”. Something to think about.


1. The Problem of Present Luck
The claim is as follows: libertarian theories of free will lead to the unpalatable conclusion that whether an individual acts in a particular way (or not) is strictly a matter of luck. This is problematic because responsibility cannot be attached to things that are a matter of luck. So it follows that if libertarianism is true, there are no responsible agents.

We can make this argument more compelling by tracing out the reasoning in more detail. We begin with a definition of the libertarian position on free will. The libertarian position is essentially that the existence of a strong form of free will is necessary for the existence of moral responsibility. This strong form of free will depends on the possibility of basically free actions (BFAs), which are defined in the following manner:

The second possibility is intended to make allowances for the fact that people could freely decide to, for example, always give money to charity at Christmas at one point in their lives and then bind themselves to that decision at future moments in their lives. So even though their future charitable donations are not basically free, they are traceable back to a prior BFA.

Now we come to the problem of present luck. The problem is arrived at by simply drawing out the implications of the definition of a BFA. I would set it out formally as follows: 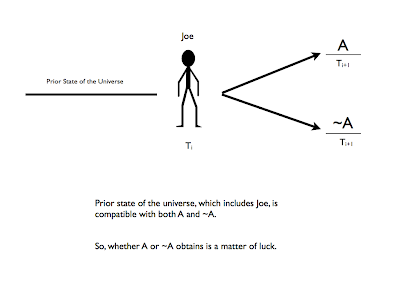 In my opinion, this is a rather neat, and highly persuasive piece of argumentation. Indeed, it ranks as, perhaps, the major reason I have for rejecting theories of responsibility that are reliant on libertarian free will.*


2. Mele’s Solution: Little Agents
Blumenfeld’s paper focuses on a proposed solution to the problem of luck that comes from the work of Alfred Mele. Mele is an unusual figure in the debate over free will. He is not committed to either libertarianism or compatibilism and so occasionally offers arguments supporting both sides of the debate. (He is, however, committed to the existence of freedom and responsibility).

, he takes up the libertarian cause and, after presenting a forceful version of the problem of present luck, he proceeds to offer a frankly bizarre solution to it. The solution is based on the difference between adults ("big agents") and children (“little agents”).

Mele’s basic contention is that libertarians should embrace present luck because its implied by the kind of free will they value. But they can do so unapologetically because responsibility can be built up from actions that are initially due to luck. How so? Well, we can all probably accept that decisions we make early in life can shape the probabilities that attach to our future decisions. That is to say, while our early decisions might be attributable entirely to luck, their consequences might increase the probability with which certain types of decisions are made in the future.

To show how responsibility can get a foothold in this world of lucky decisions, Mele draws our attention to some of the key features of the decisions made by little agents: (i) they are trivial; (ii) the agent has little appreciation for their consequences; (iii) and the agent lacks impulse control. Because of these features, Mele thinks it is okay for the little agent to be held a “bit” responsible for his actions, even though they are attributable to luck. And from this tiny morsel of responsibility for early decisions, can be built a more full-bodied form of responsibility for later decisions that are less attributable to luck (due to the change in probabilities).


3. Blumenfeld’s Riposte
As I said, I find Mele’s argument to be bizarre. I suspect others reading this will have had a similar reaction. Luckily (irony?), Blumenfeld spells out exactly why Mele’s argument is bizarre.


Blumenfeld could have added to this the further argumentation to the effect that full responsibility can be arrived at once the small degree of responsibility is compounded into the agent’s maturation process. But since his concern is with this first portion of the argument, I can see why he doesn’t do this.

Anyway, Blumenfeld expresses two main concerns about the LAA. Of lesser significance is his observation that little agents can perform BFAs for which conditions (a) - (c) do not hold and that Mele is silent on the question of their moral responsibility. Of greater significance is Blumenfeld’s observation that there’s no reason to think that features (a) - (c) actually block the problem of present luck.

To see this, go back for a moment to our hypothetical (and adult) agent Joe who had to decide whether to perform A or ~A and, in the end, chose to perform A. As we saw when discussing this example, the libertarian position is that there is nothing in Joe that could account for the difference between his performance of A or ~A.

This implies that no responsibility could be attached to Joe for his performance of A (since responsibility is a feature of the relationship between an agent and his act). This is true for all decisions that are not trivial, whose consequences are known to Joe, and for which Joe does not lack impulse control.

Now ask yourself: if responsibility doesn’t attach to Joe in the situation just described, how could it possibly attach when Joe’s decision has the features (a) - (c)? Note that conditions (b) and (c) are usually factors that reduce or excuse agents from responsibility and so they don’t seem to help make any sort of case for the idea of a small degree of responsibility. Triviality, or condition (a), might be thought to help, but if the decision is still attributable entirely to luck, its hard to see why even this is the case. After all, there’s nothing about Joe that is responsible for even the trivial act.

So, in the end, it seems that premise (1) of the argument is false and with its falsity Mele’s solution to the problem of present luck must be abandoned.


* Proponents of agent causation, like Timothy O’Connor, might have a way of answering the problem of present luck. Agent causation relies on the idea that agents can cause events in a manner that is entirely distinct from ordinary event-event causation. O’Connor’s argument, if I understand him, would be that there is in fact something that accounts for the difference between the two possible universes discussed in the argument outlined above. That something is the “agent”. The plausibility of this argument depends on whether one accepts the conception of an agent (as something distinct from psychological events and processes) employed by agent causationists. I find this conception to be implausible, so I find O’Connor’s response to the problem of luck to be uncompelling. However, I will admit that I have more work to do before I fully understand what the agent causationists are really arguing.
Posted by John Danaher at 10:27 AM