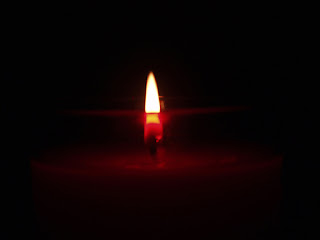 This post is the second in a brief series looking at John Martin Fischer’s response to the Flicker of Freedom strategy that some have used to undercut the effectiveness of the Frankfurt counterexamples to the principle of alternative possibilities (PAP). Although I assume you have already read part one, some recapitulation of the basic ideas will help us to both frame and better understand Fischer’s response.

The first thing worth recapitulating is PAP itself. As you recall, PAP is intended to describe a necessary condition of moral responsibility. According to PAP, a person cannot be held morally responsible for performing an action unless it was possible for them to do otherwise. Frankfurt-style cases are used as a counterexamples to PAP. These cases describe situations in which agents are unable to do otherwise but still seem, intuitively at any rate, to be morally responsible for what they did. If these cases succeed they are supposed to show that responsibility is legitimate in a deterministic world.

The Flicker of Freedom strategy serves as a counter to the Frankfurt counterexamples. The strategy points out that if you analyse the Frankfurt-style cases closely, you will find that they contain a flicker of freedom: a brief window of opportunity that opens into an alternative possible future before being quickly shut again. Proponents of the strategy argue that the presence of these flickers is what accounts for the intuitive belief that people are morally responsible in these scenarios. Furthermore, this undermines the belief that moral responsibility is legitimate in a deterministic world because if determinism is true then not even flickers of freedom are possible.

We considered four different versions of the strategy last time out. This time we consider Fischer’s actual rebuttal to the strategy.


1. Not Enough Freedom
As noted last time out, Fischer doesn’t think he can offer a decisive rebuttal of the strategy, he does, however think he can offer “a set of considerations” that count against the strategy. Now I know sets can contain only one member, but I find Fischer's comment slightly annoying since, as far as I can make out, only one consideration is offered. But I can forgive that if the consideration is a good one. Is it?

Fischer’s basic contention is the following: the flicker of freedom available in Frankfurt-style cases does not provide an alternative possibility that is sufficiently robust to ground an ascription of responsibility. And since it does not do so, PAP does not explain or justify the intuitive belief that the individuals in these cases are responsible.

The main problem, as Fischer sees it, is that the alternative sequence that flicker-theorists think they have identified would be non-free.

Consider one of our examples: Jones and Black and the decision to vote for the Democrat in the presidential election. In the Frankfurt set-up, Jones votes for the Democrat because that is his wish. However, unbeknownst to him, a nefarious neurosurgeon named Black has implanted a fail-safe device in his brain that will force him to vote Democrat should he show any (neural) indication of voting Republican. In other words, even though Jones is happy to vote Democrat, he could not, as a matter of fact, have done otherwise. The question is whether, in spite of this, he can still be held responsible for what he did. The proponent of Frankfurt-style cases says "yes" and thinks this disproves PAP.

The flicker-strategist also says "yes" but thinks that this does not disprove PAP. The reason being that Jones had the option of showing some indication to vote Republican and could thus bring about his voting for the Democrat via an alternative sequence of events. Fischer’s response is to point out that this alternative sequence would involve a coerced action (a “non-free” action) and to follow-up by pointing out that a coerced action cannot ground responsibility. Thus, he concludes, that the flicker of freedom is not doing the work that the defender of PAP would like it to do.

Characterised in this manner, counterfactual theories of knowledge have something in common with PAP. After all, PAP maintains that S is responsible for A, if and only if S can bring about worlds in which ~A obtains. Thus, if we can find a problem with counterfactual theories of knowledge that seems similar to Fischer’s objection to the flicker strategy, we might have reason to doubt that strategy.

But, argues Fischer, such a claim is directly analogous to the claim being made by the proponent of the flicker-strategy in relation to the Frankfurt-style case. They are claiming that it is in virtue of an alternative sequence involving a coerced, non-free action (that they themselves would think is non-responsible) that the individual is responsible for his action in the actual sequence.