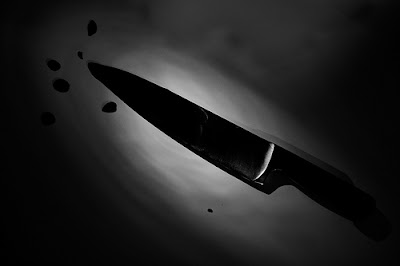 This is the second part in my short series on attempt liability and moral luck. As explained in part one, attempt liability is a concept from criminal law. It holds that it is legitimate to hold someone criminally liable for an attempted crime as well as for a completed crime. This poses certain problems, which were highlighted the last time. Those problems are connected to the more general problem of moral luck, which is the problem of determining how to account for the role of luck in our moral assessments.

Part one looked at three basic arguments in favour of attempt liability. In this part, we’ll look at three arguments on the other side of the debate. In compiling this list of arguments I’ve taken inspiration from the following article:

But I haven’t covered every argument mentioned in that article; I’ve just selected the three I think are most interesting.


1. The No-Harm Argument
The first argument against attempt liability focuses (like the harm prevention argument from part one) on the purpose of the criminal justice system. More specifically, it focuses on the purpose of a criminalisation. It argues that certain actions, results and states of affairs are criminalised because they are harmful — in other words, it argues that the nature of a crime is such that it is something that is inherently harmful. The problem the argument then raises is that attempts are not, by nature, harmful. Therefore, it follows that attempts are not crimes.


There are many problems with this argument. One problem is that (2) could be false. Although some attempts might not be harmful, it could well be that others are harmful. Part of the issue here is how we define “harm”. Harms could be defined broadly to include psychological harms, or narrowly to only include physical harms (covering harms to property as well). The choice could be crucial in deciding whether an attempt is harmful since an attempt could cause psychological harm even if it didn’t cause physical harm. Then there’s the issue of how we define “attempt” itself. In the criminal law, an attempt is typically defined as something that is “more than merely preparatory” to an offence. Now, it’s quite possible that an action that is more than merely preparatory to murder could cause serious harm. So, under the definition just given, an attempt might be harmful. The problem with that, however, is that so many of harmful acts that fall short of murder are themselves criminalised. So it’s likely that if someone harmed another, but didn’t kill them, a lesser offence such as assault would be substituted. The only reason for choosing attempted murder over these lesser offences is if it leads to a higher punishment.

The bigger problem with this argument is that it is a conceptual/definitional argument, not a normative one. It focuses on the properties that an event or state of affairs must have in order to count as a crime. But the concept “crime” is not some kind of metaphysical necessity, etched into the fabric of the universe; it is instead a social construct, something whose boundaries we can change if we wish.

So for this argument to work we’d need to change premise (1) so that it becomes normative not definitional. For example:


But when we do this the harm-essentialist view of crime might seem less plausible. We could then ask the question: why shouldn’t increasing the risk of harm be enough for X to count as a crime? Is that not something our risk averse society should seek? This leads us back to the harm prevention argument covered in part one.

Finally, another problem with the argument is that it focuses on the justification of criminalisation, not on the justification of punishment. When it comes to attempt liability it is the latter, not the former, that is important. This is significant because, if we adopted a utilitarian view of punishment, avoiding the risk of harm might be enough to justify the existence attempt liability. (Note: it could well be that criminalisation and punishment are inextricably linked so that justifying the one necessarily justifies the other. That’s an argument some people have made, but it’s not something I’ll get into here).

2. The Moral Luck Argument
This next argument links us directly back to the problem of moral luck, which was introduced in part one. As I noted there, one of the major developments in the 20th century analysis of moral luck, was the realisation that luck plays an important role in our everyday moral judgments. In particular, there was the realisation that we already seem to believe that the presence of luck should alter our moral judgments. And that our intuitive reactions and social practices reveal this to be true.

Consider the following example, drawn from a previous post:

Conference Organisation (1): You take responsibility for organising a conference. You invite the keynote speakers, send out the call for papers, book the venue, arrange for travel and so on. Everything is going well up until the day of the conference. Unfortunately, on that day, a freak snowstorm hits. No one can travel to the conference and the event has to be called off.

Conference Organisation (2): Same as (1) except that there’s no snowstorm. The conference is a resounding success.

Luck clearly separates these two cases. The conference organiser in the first example was a “victim” of what we might call bad luck, whereas in the second they are “victims” of good luck. Yet, when it comes to assessing both individuals, it is highly likely that the person in the second case will be rewarded for the success of their conference, while the person in the first case won’t be. But why is that? They both did the exact same things, the only difference between them is the kind of luck they were exposed to. Why should one be rewarded and the other not? The only way to explain this practice is to suppose that luck plays an important part in how we morally assess agents.

But this is just to point out how things actually are. How do we translate an observation about what is the case into an argument about what should be the case? After all, just because we do react this way, doesn’t mean we should. What will decide the matter is the weight we attach to intuitive reactions in our moral reasoning. If we attach a high weight to intuitions, then we might agree that luck should play a part in our moral reasoning. Hence, it would then seem to follow, that attempt liability is not (entirely) legitimate. On the other hand, if we attach more weight to principles (such as the control principle of responsibility) we might lean in the other direction.


3. The Deterrence Argument
People who read part one might be surprised to see deterrence cropping up again since in part one a deterrence argument was used to support the legitimacy of attempt liability. How can we now turn around and say that deterrence-based considerations support the other side of the debate? Very easily, actually. Deterrence is a tricky concept, its applicability depends crucially on the assumptions we make about human reactions to incentives. If those assumptions are wrong, or if there is some doubt about them, it is quite possible for a deterrence-based argument to work both ways.

So how does the deterrence argument against attempt liability work? Here’s a suggestion:


The idea here is clear enough. If someone wants to murder another person, then, if attempts are punished in the same way as completed crimes, they will have no incentive to refrain from murdering that person if they have started an attempt. Why bother? If their punishment is going to be the same in both instances, why not finish the job? But, so the follow-up argument would go, this is perverse: we should prefer attempts to completed crimes since they are less harmful (even if they do cause some harm). So we shouldn’t allow for attempt liability.

Of course, this argument only really bites on the equivalency version of attempt liability, i.e. the version that holds that attempts should be punished in the exact same way as completed crimes. If a lesser punishment attaches to attempts, then the deterrent effect would return (even if it’s minimal) and you would get the added benefit of deterring attempts as well.

Okay, so that brings us to the end of this series. As you can see, there are some reasonable arguments to make on both sides. I’m not going to try to assess which side wins the debate. In an annoying move, I’m going to leave that up to you.
Posted by John Danaher at 9:23 PM

Email ThisBlogThis!Share to TwitterShare to FacebookShare to Pinterest
Labels: Crime, Responsibility and Punishment