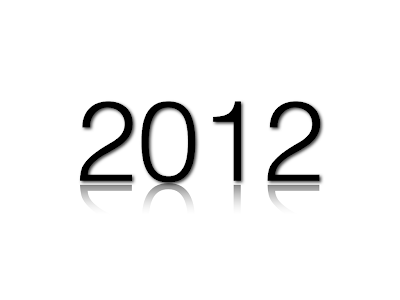 This year was a busy one on the blogging front, though perhaps less busy than previous years. I'll just scrape past the 100 posts-barrier this year, despite having cleared it fairly comfortably in the past. Still, it's quality not quantity that counts, and the majority of my posts this year have been pretty substantive.

They have also covered a diverse range of topics, including: the ethics of the death penalty, incest, abortion and infanticide, blackmail, neuroscience-based lie detection, immortality, theism and the meaning of life, enhancement in sports and education, new natural law, the same-sex marriage debate, skeptical theism, the ontological foundations of morality and more.

Anyway, here are some of my favourites from the past twelve months. They are not arranged hierarchically, but chronologically instead. I've tried to include one post or group of posts from each month, with February being the sole exception (not enough blogging was going on back then). I haven't focused on the popularity of the posts when compiling this list, but you may like to know that the most popular post(s were the two I did on the epistemic objection to torture. They got around 8,000 individual hits. That's not a great indicator of the number of people who read them though for two reasons: (i) most people probably don't read what they click through to; and (ii) the front page of this blog is set up in such a way that you can read posts in full without clicking through to them.

2. What the After-Birth Abortion article Said (Part 1, Part 2)
Two Italian ethicists, Alberto Giubilini and Francesca Minerva, got into trouble earlier this year for an article arguing for an equivalency between abortion and infanticide. In these two posts, I took a look at what their controversial article actually said.

3. Theism and the Meaning of Life (Part 1, Part 2)
William Lane Craig argues that it's impossible for life to have any meaning in the atheistic worldview; conversely he argues that it's possible on the theistic view. In this series of posts, I look at his arguments.

4. The Epistemic Objection to Torture (Part 1, Part 2)
Some people think that torture is morally permissible in cases of extreme emergency. Typically, this is said to be because torture can help us to obtain valuable information. But is this correct? Roger Koppl argues that it isn't, for reasons related to the formal structure of an epistemic system. In these posts, I see what he has to say.

5. Skeptical Theism and the Parent Analogy
Skeptical theism is the major contemporary response to the evidential problem of evil. But its foundations are often poorly defended. This post looks at Trent Dougherty recent article about this important topic.

6. Is Death Bad or Just Less Good? (Part 1, Part 2, Part 3, Part 4)
Is there anything to the classic Epicurean argument that death is not bad for the one who dies? In this series of posts, I consider Aaron Smuts's recent defence of a modified form of Epicureanism.

7. Should Incest be Decriminalised? (Part 1, Part 2, Part 3)
Nothing provokes the "yuck" response more readily than incest, but are the arguments for its criminalisation any good? Following an article by Vera Bergelson, I consider five traditional rationales for the criminalisation of incest.

8. Would Immortality be Desirable? (Part 1, Part 2, Part 3)
Bernard Williams argued for the tedium of immortality in the 1970s in his famous article "The Makropulos Case: Reflections on the Tedium of Immorality". This series of posts looks at some recent developments in this debate.

9. New Natural Law, Homosexuality and Religion (Part 1, Part 2)
New natural lawyers frequently argue against the legalisation of same-sex marriage on the grounds that it violates the intrinsic good of marriage. They often claim that their arguments can be embraced for purely secular reasons. These two posts consider the opposing view: that their arguments are inherently religious.

11. Implicature and the Interpretation of the Law (Part 1, Part 2)
In everyday conversation, our utterances often contain more meaning than is present in their linguistic structure. This is due to the phenomenon of conversational implicature. Can this phenomenon affect how we interpret the law as well?