Schauer on (fMRI) Lie Detection in the Law (Part One) 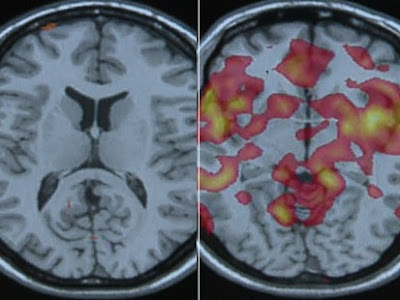 Regular readers of this blog will be aware of my interest in scientific evidence and law. As part of that interest, I have spent some time looking at the potential uses of neuroscience-based lie detection (or memory detection) tests in the law. In this post, I take up this interest again by looking at a recent article by Frederick Schauer entitled “Lie-Detection, Neuroscience and the Law of Evidence”.

The article is notable in two respects. First, it is an attempt by a leading scholar in the philosophy of law to weigh-in on an important issue in the study of “neuroscience and the law”. Second, unlike many who have written about this issue in the past, Schauer thinks that neuroscience-based lie detection could have an important role to play in the legal context, even in its present form. This sets him apart from others who, though noting the potential, typically deem such technologies “nascent” or “not yet ready” for legal use.

Schauer has pushed this case in the past, but the above-named article is his latest and most perspicuous defence of it. Over the next two posts, I want to clarify and formally reconstruct what I take to be the two major arguments in Schauer’s article. These are the probative context argument and the epistemic progress argument. To set these two arguments up, I first give some background on the use of evidence in the law, and on the history of the lie detector test. I then proceed to outline both arguments and address the key premises of each.

This post focuses on the background and history, leaving discussion of the arguments themselves ’til the second post.


1. Deception, Bias and Solomon’s Problem
Though it has oft been criticised as an inaccurate or incomplete characterisation, I believe it is true to say that most legal reasoning fits within a syllogistic pattern. That is to say, most legal cases revolve around the question of whether something like the following syllogism is true:


Let’s take a very simple example. Suppose I am being tried for murdering my best friend. The governing legal rule in such a case would be (roughly): if a person (a) performs an act that causes the death of another person; and (b) they performed that act with intention to kill or cause grievous bodily harm, then they are guilty of murder. So if it could then be proved that I did perform such an act, and that I did so with the relevant intention, it would follow that I was guilty of murder.

Now, legal cases can often be more complex than this, with many chains and nests of syllogisms being linked together in one legal trial, but the basic pattern of reasoning remains the same. And it is this pattern, particularly the second premise in this pattern, that is important here. For it is this premise that states the factum probandum — the key legal fact that needs to be proved in each case — and this premise that reveals the allure of lie detection.

We can see this by considering the factum probandum in more depth. In order to prove this fact (or facts, as the case may be), the court relies on evidence. This evidence is usually presented to the court in the form of witness testimony. In other words, witnesses are put before the court to tell the court about what they saw or what they experienced or, exceptionally in the case of experts, to offer opinions about what might have happened. The problem is that, at least in common law systems, the system is adversarial. As a result, both sides present witnesses and these witnesses oftentimes contradict one another. Thus, it becomes difficult for the court to figure out where the truth really lies.

The contradiction is sometimes attributable to honest mistake, but other times is attributable to the strong incentive to mislead the court. After all, no-one likes to lose a legal case; everyone wants to win. This is classically illustrated in the biblical story of Solomon and the two women. One woman, who kills her child by rolling on top of it in her sleep, tries to claim the child of a second woman as her own. The second woman claims the child is really hers. They bring their case to Solomon who is asked to stand in judgment as to which woman should get to keep the child. But both witnesses contradict each other and, in the absence of further evidence, it is difficult to say who is telling the truth. This the problem of “false testimony”.

As we all know, Solomon solves this problem by changing the incentive structure of the case. He calls for the child to be divided in two and shared between the women, believing that this will incentivise the true mother to alter her testimony so as to benefit the lying mother. This she duly does and so she is awarded the child. This solution, though perhaps ingenious, is simply one of many. Another solution would be to have some credible, and reliable device or system for determining whether someone is telling the truth, one that does not rely on clever tricks such as Solomon’s alteration of the incentive structure. A lie detector test could do exactly this, hence its obvious allure in the legal system.


2. The Curious History of the Lie Detector Test
Despite the obvious allure of a reliable lie detector test, courts have typically been wary about admitting their results in legal cases, particularly in the U.S.. This trend was established in the very early days of the polygraph lie detector test. The polygraph test, invented in something like its modern form in 1921 by John Larson, records levels of physiological activity in the autonomic nervous system. In its classic form, it is based on the premise that elevated levels of activity in the autonomic system are reliable indicators of deception.

In a 1923 decision (Frye v. United States), the US Court of Appeals for the District of Columbia deemed that results from an early version of the polygraph test were inadmissible in a court of law. The case was important not just for this verdict, but for the fact that it set out the test for the admissibility of scientific evidence in US courts for the best part of 70 years: the general acceptance test (or Frye test, if you prefer). According to this test, scientific evidence, such as the result of a polygraph, was inadmissible if it was not generally accepted as reliable within the relevant scientific community.

As Schauer notes, the polygraph test has never really recovered from this early blow. Although the test has become more sophisticated, and although new methods of eliciting and identifying physiological signals that are thought to encode “deceptiveness” have come on stream, courts remain ambivalent, to say the least. This is despite its regular use in employment and non-legal settings. In law, doubts are still expressed about the test’s reliability and accuracy, and concern expressed about its potential to “unfairly prejudice” legal proceedings.

The doubts about the lie detector’s legal admissibility have become particularly significant in the past ten years or so. With the advent of neuro-imaging based techniques for lie-detection, coupled with a general fondness within academic and media circles for all things law and neuroscience-related, the debate about the admissibility of lie detection has caught the public eye once more. Several companies now offer fMRI-based lie detection services for use in legal trials, and some scientists argue strongly in favour of its forensic utility. But they have been met with fairly stiff opposition from other scientists and, indeed, from the courts. The most famous instance of this coming in the 2010 decision in United States v. Semrau which declared that the results of an fMRI-based test were inadmissible under the Daubert test for the admissibility of scientific evidence (this being the new, more sophisticated test that replaced the one put forward in Frye).

But is this scepticism warranted? Should courts be so reluctant to admit the results of an fMRI-based lie detection test? Or, indeed, any of the more modern variants of the test? Schauer suggests not. And we’ll see why he suggests this in part two.
Posted by John Danaher at 12:05 AM