Are there problems with the metaphor of mind-uploading? 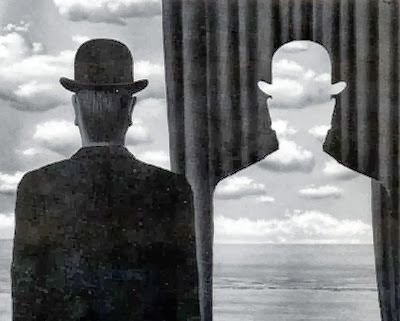 The dream of one day being able to upload your mind to a computer or other artificial device is shared by many transhumanists. Central to the dream is something we can call the “transference thesis”:

Transference Thesis: It will be possible (somehow) to transfer one’s mind from its current home in the human brain to an artificial (potentially immortal) substrate such as a digital computer.


How plausible is the transference thesis? In his article, “Why Uploading will not Work, or the Ghosts Haunting Transhumanism”, Patrick Hopkins argues that it isn’t. This is because proponents of mind-uploading have duped themselves with a combination of bad metaphors and bad metaphysics. I want to assess some of his arguments over a series of posts.

I start, today, by looking at his argument from metaphor. This argument claims that the language of transference, beloved by so many, creates a misleading framework in which to debate the issue of mind-uploading. To be more precise, the argument claims that the metaphor is inconsistent with certain other transhumanist beliefs, and tricks us into thinking that mind-uploading will be easier than it is likely to be.

I analyse Hopkins’s argument in three stages. First, I look at the importance of metaphors in human thought, and the role they play in the mind-uploading debate. Second, I try to reconstruct Hopkins’s argument. And third, I try to evaluate this argument, and show how it ultimately forces us to confront some of the tricky metaphysical issues at the heart of the uploading debate.


1. The Importance of Metaphors and the Language of Uploading
Hopkins’s argument starts from the belief that metaphors are central to human thought. In this regard he is in good company. Cognitive psychologists have long held that metaphors create frameworks that shape how we think about particular issues and, more importantly for present purposes, how appealing we find particular arguments and worldviews. George Lakoff is perhaps the most ardent supporter of this take on metaphors. Indeed, Lakoff has dedicated a good portion of his adult life to examining the metaphors in political debate, even going so far as to suggest that the American left is losing ground to the right because of their inability to frame their position with appealing metaphors (such as the Right’s metaphor of the state as a family).

I’m not sure about the merits of Lakoff’s take on contemporary politics, but the larger point about the role of metaphors seems pretty robust. Indeed, we often don’t notice how pervasive metaphors really are in everyday thought patterns. There are many compelling illustrations of this (Pinker’s book The Stuff of Thought has some good example). Hopkins uses the simple example of metaphors about the strengths and weaknesses of arguments. We talk about arguments having “holes” in them, being “flimsy” or “weak”, or about criticisms being “on target”. These are all physical and spatial metaphors, adapted no doubt from our experience of the world, and used to help us think about abstractions like arguments.

Hopkins’s claim is that the metaphor of “transference” plays a similarly pervasive role in the mind-uploading debate. He defends this claim by reference to several transhumanist discussions of the possibility of uploading, each of which relies heavily on the transference metaphor. I won’t go through the full list here (he uses seven examples), but the following two are representative (sources can be found in Hopkins's article):

”Uploading is the transfer of the brain’s mind pattern onto a different substrate (such as an advanced computer) which better facilitates said entity’s ends.” (Kadmon 2003)

”Mind uploading, sometimes called whole brain emulation, refers to the hypothetical transfer of a human mind to a substrate different from a biological brain, such as a detailed computer simulation of an individual brain.” (Sentient Developments 2009)


If we accept that the transference metaphor is indeed central to the transhumanist view of mind-uploading, we can proceed to consider Hopkins’s main argument.


2. The Argument from Metaphor
That argument starts with the ostensible goal of demonstrating that the transference metaphor is on a collision course with another core philosophical commitment shared by most transhumanists, namely: the commitment to physicalist/materialist theories of the mind. Although that’s where it starts, the argument also develops a secondary strand about how the metaphor might lead people to think that uploading is easier than they might otherwise be inclined to think. Let’s go through both phases of the argument now.

The first phase starts with the observation that transhumanists tend to be committed to physicalist/materialist theories of mind, and consequently that they tend to reject dualistic theories of mind. According to the former set of theories, the mind is constituted by the brain in some yet-to-be-worked out manner (functionalism, identity theory, etc.). According to the latter, the mind and brain are two distinct substances. The problem, for Hopkins, is that the transference thesis makes use of a dualistic conception of the mind.

To set this out more formally:


Now let’s look at some potential critiques of this argument.


3. Criticisms of the Argument from Metaphor
The first problem I can see with this argument has to do with premise one. While I accept that most transhumanists probably are mind-body physicalists, I suspect there is a significant proportion of the transhumanist community that clings (or aspires) to more pluralistic or unusual metaphysical views. Thus, for example, there are a those who might accept to David Chalmers’ panpsychist view, which Chalmers himself uses to defend the possibility of uploading. (More precisely, Chalmers appeals to the notion of “organisational invariance”, which holds that any two systems with the same organisation will have the same conscious experiences).

The second problem has to do with the rather coarse-grained analysis of materialism and physicalism that is at work in premise (2). Anyone familiar with contemporary philosophy of mind will know that there are many different physicalist (and, indeed, dualist) theories, not all of which would accept premise (2). Token-identity theorists (i.e. those who think there is a strict one-to-one correspondence between brain states and mental states) might well agree with it, but others would be much less keen. Hopkins himself mentions the functionalist theory, which holds that it is abstract patterns, not brain states per se, that are the stuff of consciousness. It seems like those abstract patterns may be separable from the brain and capable of being transferred.

The third problem has to with premise (3). Some could argue that Hopkins overstates the role of the transference metaphor in the debate about mind-uploading. True, people are reaching for a convenient metaphor that conveys the idea of someone’s mind being instantiated in a different substrate, but in saying that they do not think that the mind is literally a distinct object that sits in the receptacle of the brain and can be easily transferred out of it.

Hopkins acknowledges this criticism but finds it lacking. He thinks that the spatial and transference metaphors are crucial to the uploader’s case. As he puts it himself:

In the descriptions of uploading, the very core of the concept is that a specific mind is transferred from a brain to a computer. Such descriptions do not simply make the materialist point that minds are the result of physical activity, rather they make claims about the preservation of identity. They say — and this is [the] whole point of uploading, the whole point of its connection to immortality and transcendence — that a specific, intact mind can be “transferred” (moved) from one embodiment to another. (p. 232)


In other words, the identity relation between the original embodied mind and the uploaded mind seems to require the transference metaphor (in its crudest sense) to be true. The mind must literally be a “thing” that can be moved about from receptacle-to-receptacle. But since this is not the view that physicalism/materialism entitles us to, the transference metaphor glosses over a key barrier to genuine uploading.

I think there is some merit to Hopkins’ response. I think preservation of identity is crucial to the uploader’s argument, and that it might be undermined by certain physicalist/materialist theories of mind. That said, I would argue that the preservation of identity between things is a tricky metaphysical concept, particularly if we think of “things” in terms of their functional patterns. The classic Ship of Theseus thought experiment illustrates the point rather nicely, as do some modern theories of identity-relations among informational patterns. For example, Dawkins’ now-classic conception of the gene as a bit of code or information might lend itself to the view that in evolution one “thing” (the gene) can be preserved across multiple instantiations. Indeed, it was this very conception that suggested to Dawkins’s publisher an alternative title for Dawkins’s infamous 1976 book The Selfish Gene. The publisher had suggested that it be called the “Immortal Gene”.

The point here is that something similar could be true of the mind. The mind could simply be an abstract pattern, whose identity, like that of the gene, can be preserved across multiple instantiations. That, at least, seems to be the view of one of the leading proponents of mind-uploading: Hans Moravec. Hopkins has some criticisms for Moravec too, but we’ll deal with those another day.
Posted by John Danaher at 2:09 PM