William Lane Craig and the Argument from Successive Addition 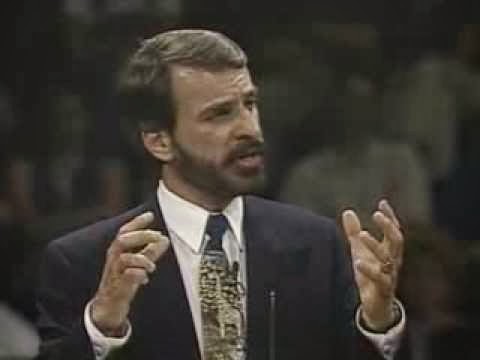 I’ve been on a bit of a roll with William Lane Craig-related blog posts recently. I thought I might continue the theme by addressing another one of his arguments today. So far I’ve just been looking at various aspects of his moral argument, but now I want to switch focus and look at part of his defence of the Kalam Cosmological Argument (KCA).

Those who are familiar with the KCA will know that its second premise reads as follows:


They will also know that Craig supports this premise of the argument with four separate sub-arguments, two of which are “in principle” arguments, based on the concept of an actual infinite, and the other two of which are “in fact” arguments, based on existing scientific theories. Although it is often great fun to debate these scientific theories, they are really only a sideshow. Craig himself acknowledges that the primary warrant for premise (2) comes from the “in principle” arguments.

Anyway, my discussion of the successive addition argument will be broken down into three parts. First, I’ll look at Craig’s argument itself and present it in somewhat formal terms. Second, I’ll outline two initial criticisms of the argument. Third, I’ll take a longer look at one of the analogies Craig uses to support the argument (the reverse-countdown analogy).

Nothing I say here is original. I’m going to be basing most of this off the work of Wes Morriston, drawing in particular on these two articles.


1. Craig’s Successive Addition Argument
A firm grasp of the concept of an “actual infinite” is crucial to understanding Craig’s argument. An actual infinite is best defined in terms of set theory. To give a succinct definition: a set can be said to contain an actually infinite number of members if the set is equivalent to a proper subset of itself, where “equivalency” is understood in terms of the ability to put members of respective sets into a one-to-one correspondence with one another.

This probably sounds terribly obscure, but it makes sense if you use an example. Take the set of all natural numbers (0, 1, 2, 3…). This set is an actual infinite because it is possible to put all the members of that set into a one-to-one correspondence with a proper subset of the natural numbers (e.g. all the even numbers). As follows:

The problem according to Craig is that this could never happen. You cannot form an actual infinite by adding members to a set like this. Consider an example. Take the set of years since 1914 (I steal this from Morriston). The set currently contains 100 members. Next year it will contain 101. The year after that it will contain 102. And so on. Suppose this sequence of adding years continues forever, will the resultant set ever end up containing an actual infinite? No; no matter how long this goes on it will only ever contain a large but finite number of members. The same thing is true of the set of past events.

To summarise, Craig’s argument is the following:


And this, of course, is just the second premise of the KCA.

Is this argument any good? Let’s see.


2. Does the argument beg the question?
The key to this argument is the first step (from 1 & 2 to 3). I just added in the second step to show how you get from there back to the KCA. It is possible to critique both of the premises of this first step in the argument. For instance, premise (1) relies on an A-theory of time, which is contestable. Nevertheless, we’ll ignore objections to premise (1) here and focus instead on premise (2).

The simplest objection to premise (2) is that it begs the question against the defender of the beginningless universe. Look back to the analogy we used to support it. Starting with a first member, it does indeed seem to be true that you could never reach an actual infinite number of members, but that’s only if we assume that we have to start with a first member. In other words, the analogy is only compelling if we assume that the sequence had a beginning. But that’s exactly what is in dispute when it comes to the history of the universe.

The problem? Well, if every event requires a prior event in order to come into existence, and if the sequence of events extends forever in the reverse-temporal direction, it seems like the present could never have arrived. As Craig puts it:


This is an odd argument. It is really a claim about the impossibility of a infinite causal sequence (which turns it into a Thomist cosmological argument). But even then there doesn’t seem to be serious objection to the notion of a beginningless past. It may be true that every event needs a cause, but with an infinite past every event does have a cause. Causation is perfectly well-defined at every stage in the sequence, it just happens that the whole sequence itself does not have an external cause of its existence. But if you claim that it must have an external cause, you’re getting into a different argument.

Morriston puts the point rather nicely. He argues that what Craig is doing here is confusing a claim about our inability to trace back an actual infinite sequence of events, with a claim about the impossibility of an infinite sequence of events. But that’s like claiming that there cannot be an actual infinite number of natural numbers simply because we cannot count them all. The latter does not imply the former.


3. The Reverse Countdown Analogy
The other strategy Craig uses to defend premise (2) is something I am here calling the “reverse countdown analogy”. This is a thought experiment that Craig presents in virtually all his debates and scholarly writings. I’ll leave him to explain it:

…suppose we meet a man who claims to have been counting from eternity, and now he is finishing: −5, −4, −3, −2, −1, 0. Now this is impossible. For, we may ask, why didn’t he finish counting yesterday or the day before or the year before? By then an infinity of time had already elapsed, so that he should have finished. The fact is, we could never find anyone completing such a task because at any previous point he would have already finished.

Craig’s Question: Why, if this man has been counting down from eternity, does he reach E0 at T0 and not at T-1 or T+100 or whatever Tn we care to imagine?


This seems to commit Craig to the following argument (this is Morriston’s formulation):


There are a few problems with this argument and the analogy that is used to back it up. For one thing, the original thought experiment could be said to confuse the concept of counting an infinite number of negative numbers with counting all the negative numbers up to zero. But leave that aside. A bigger problem is with premise (6), which seems to demand that reasons be given for any coincidence of this sort.

As Morriston sees it, to demand such reasons is to fall back on the much-contested principle of sufficient reason, i.e. on the belief that everything must have a reason for its existence. But this seems an extravagant demand, particularly when it comes to explaining coincidences between our measures of time and past events.

To understand this point we must ignore some features of Craig’s thought experiment. We must realise that the counting man is a distraction. What Craig is really concerned with is why the set of all past events (Morriston calls it the set of macro-events) not just the set of counting events would terminate at T0. But this concern assumes that the flow of all past events is distinguishable from time — and hence that there is some reason for the coincidence between the two sequences. That doesn’t seem right, even on an A-theory of time: the flow of events surely is the passage of time? They are the same thing. If that’s right, then Craig’s demand for some explanation of the coincidence is getting tangled up in questions about what explains our metrics of time. And there won’t be any interesting answers to questions of that sort. Consider the question: “Why does the series of times end at this time rather than at some other time?” The answer will simply be: because that’s how we have chosen to measure time. Nothing more definitive can be said.

Morriston uses an analogy to underscore this observation:


The ultimate point is this: Craig tries to put the burden of proof on the defender of a beginningless countdown to explain the coincidence between ES and TS, but there is no reason to think that such a coincidence demands a reasoned explanation, particularly if those series are the same thing.

Let me close with one final observation, this time from Keith Yandell. Recall, how Craig is trying to show that there is something absurd or contradictory inherent in the notion that the past had no beginning or that the present moment has arrived from a beginningless past. Yandell suggests that this is not the case: