Why is understanding more valuable than knowledge? 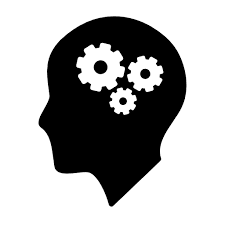 I know Newton’s Second Law. If you asked me to recite it, I could. But do I understand it? Probably not. People have explained it to me before, and I’ve read various books that outline how Newton arrived at it, but if you asked me why it is true that F=ma, I wouldn’t be able to answer.

This a common feature of my life. I know (in layman’s terms) what Einstein’s special and general theories of relativity state, but I don’t really understand them. I know that there are transfinite numbers, that Gregor Cantor proved this in the 1800s, but I don’t think I understand his proof. I also know more mundane things, like that Ireland’s GDP was $291 billion US dollars in 2016, and that this was an increase from $283 billion in 2015, but I don’t understand exactly how those figures are derived and why exactly they went up from one year to the next.

So I have lots of knowledge, but little understanding. Is this a bad thing? Would it be better, all things considered, if in addition to knowing each of the propositions or theories described above I could actually understand them? Many philosophers think it would be. They believe that understanding is of greater value than knowledge. But what accounts for this? What is the value of understanding? The idea here is that understanding has a kind of reflexive transparency that knowledge lacks. As she puts it “it may be possible to know without knowing but it is impossible to understand without understanding that one understands” (2001, 46). Understanding thus consists of a kind of subjective ‘grasping’ or ‘seeing’ that is lacking with simple propositional knowledge. Zagzebski suggests that this puts understanding on a firmer footing than knowledge: once you understand something you are less vulnerable to sceptical doubts.

Grimm points out that Zagzebski’s theory has been criticised over the years, partly on the grounds that some theoretical models that we would like to understand are not that reflexively transparent, and partly because we can often grasp things that turn out to be false. Nevertheless, Grimm thinks there is something to it, namely: there is something subjectively more satisfying about understanding vis-a-vis knowledge. It is surely more satisfying to understand why ‘F= ma’ than to simply know the proposition. Understanding helps to quench our curiosity in a way that mere knowledge cannot.
It is important to realise that this subjective satisfaction need not be connected to truth. You can understand something, and derive satisfaction from that understanding, without necessarily believing that the object of your understanding is true. For example, you might understand the arguments of biblical creationists, and derive some satisfaction from that understanding, without accepting the truth of the theory.


2. The Objective Mirroring Theory
That’s what the second theory tries to provide. It argues that the value of understanding lies in the connection it establishes between your mind and the world around it. Propositional knowledge establishes some connection between the contents of your mind and the objective world. If the propositions you believe are true, there is some content in your head that accurately reflects what is going on outside your head. But the connection is relatively superficial.

Understanding provides a deeper connection between what’s going on inside your mind and what happens in the real world. When you understanding something that is true, you develop a mental model inside your head that reflects the external structure of the world: this allows you to appreciate how the various parts of reality are related to one another, how they can be altered and changed. It gives you insight into the ‘modal structure’ of the world around you. This goes far beyond simply grasping and assenting to a proposition. As Grimm puts it:

[When you understand something] the mind will mirror the world more profoundly than before because the mind will now “take on” the nomological structure of the world, in the sense that the grasped structure will inform the mind in a way that it failed to do before, when one merely assented to the proposition.


The claim here is that this ‘deep mirroring’ is intrinsically valuable, i.e. valuable irrespective of any consequences it has for your life. That said, having an accurate mental model of the world will also, presumably, bring many practical, instrumental advantages. It will enable superior prediction and control of the world around you, which may often facilitate greater desire satisfaction and goal achievement.

But the content of the understanding matters greatly to this. You could have deep understanding of relatively trivial phenomena. I might understand why my sister stole my action figure on the 8th of May 1994 (in the sense that I understand what her motivations were, what she did and what led her to do it), but this understanding is not that important in the grand scheme of things. It might be far more valuable to know something about Newton’s laws of motion than to understand the motivations of my siblings many years ago. So, really, the superior value of understanding relative to knowledge can only be confidently claimed when we are comparing like with like. Understanding some particular phenomenon is more valuable than having propositional knowledge of the same phenomenon, but when the phenomena are different, this may not be the case.


3. The Cognitive Achievement Theory
There’s one final theory of the value of understanding discussed in Grimm’s article. It is the theory defended by Duncan Pritchard. According to this theory, understanding is valuable because it is a type of cognitive achievement. This is appealing since it is already widely accepted that achievements are valuable.

Earlier this year, I looked at Gwen Bradford’s work on the value of achievements. She argues that achievements are intrinsically valuable (and, of course, often instrumentally valuable). They involve process-product relations: you achieve something if you follow a particular process and thereby produce an outcome. The process you follow must have two characteristics in order for it to count as an achievement: (i) it must involve some degree of difficulty; and (ii) it must competently cause the outcome. For example, it is an achievement to run a marathon because it is very difficult to do so, and you cannot fluke it or fake it. Contrariwise, it is not an achievement to win the lottery, even though it may be difficult to do so (in the sense that winning is highly improbable), because it does not require any competence: winning is a sheer matter of luck.

Pritchard’s theory is that to understand something — to truly ‘grasp’ or ‘see’ the structural relations in a given phenomenon — requires overcoming some cognitive impediment and demonstrating cognitive competency. As such, understanding is a species of achievement.

Pritchard puts a lot of weight on the fact that you ‘own’ your understanding, i.e. that your success in overcoming the cognitive impediment is directly attributable to your cognitive skill and ability. Grimm criticises this. He argues that sometimes your successful grasping of some phenomenon is attributable to someone else’s hard work. For example, I understand Pythagoras’s theorem: I understand why it is true that the square on the hypotenuse of a right angled triangle is equal to the sum of the square on the other two sides. But this does not seem to be attributable to my own cognitive ability. It is attributable to the fact that other clever people have come up with easy-to-follow proofs of the theorem. They did the hard work, not me.

Grimm thinks it is possible to modify Pritchard’s theory to take this into account. So, while it may be true that someone else deserves the primary credit for coming up with the proof or explanation that enables you to understand, it is still true to say that the subjective grasping of that explanation — the ability to see why it works — is all yours. Nobody else can own that subjective process. The worry, however, is that this modification might diminish the sense of achievement involved in understanding something, and make that achievement far too trivial and ubiquitous.

Okay, that’s it for this post. To briefly recap, Grimm’s article looks at three theories of the value of understanding. Two of those theories cash out the value in subjective terms: the subjective satisfaction theory and the cognitive achievement theory. The other theory cashes it out in objective terms: the objective mirroring theory. None of the theories suggests that understanding is always and everywhere more valuable than propositional knowledge (since the phenomenon being understood might be relatively trivial), but they do suggest that understanding a given phenomenon is more valuable than simply having propositional knowledge of that same phenomenon.