Fifteen Books I Enjoyed in 2018

Tweet
Since we are coming up on the end of year, I thought it might be worth doing a few 'end of year' retrospectives, pulling together some of the highlights over the past 12 months. I'll start with a list of books that I enjoyed reading (or listening to) this year. As you'll see from the list, my reading tastes are somewhat eclectic and not always academic in nature. Furthermore, not all of these books were published in 2018. They are just ones that I happened to read and enjoy this past year. 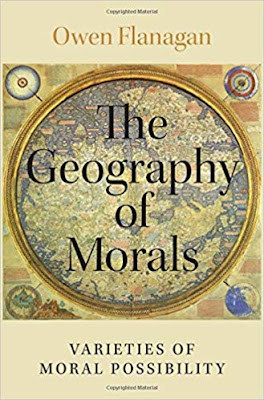 1. Flanagan - The Geography of Morals

Oddly enough, I'm not sure that I enjoyed reading this book. I find Flanagan's prose style a bit laboured at times. Nevertheless, this book probably had the biggest intellectual influence on me this year. In it, Flanagan sketches a general theory of the varieties of moral possibility for human beings. What I particularly like about the book is its attempt to broaden the reader's horizons, to encourage them to appreciate that there are many different moral communities in which humans can thrive, without at the same time endorsing a crude moral relativism. The later chapters on value of anger and the ethics of the self were the highlights for me. 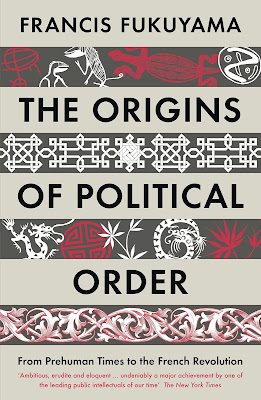 2. Fukuyama - The Origins of Political Order

Fukuyama gets a lot of flack for his infamous 'End of History' thesis. As a result, he is known more by reputation and caricature than substance. This was the first book of his that I actually read and I have to say I found it to be interesting, ambitious and informative. It presents a fascinating theory about the origins of political order, and supports this theory with a wealth of historical detail. I'm sure it is selective and biased in various ways (all grand historical theories are) but I definitely went away from this book with a different impression of Fukuyama than the one I get from the popular press. This book is the first of two volumes on political order and decay. I'm hoping to crack open the second volume in 2019. 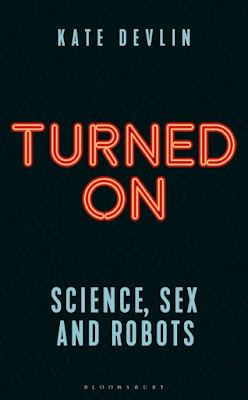 This is a thoughtful, fair-mined and fun read on the history and ethics of sex tech. It focuses in particular on robots, but has a broader remit than its subtitle might suggest. Obviously I have a vested interest in selling copies of my own book on this topic (co-edited with Neil McArthur), but to be honest, if I were to recommend a book that would introduce someone to the topic, this would be it. It's far more readable and accessible than anything I've ever written. That said, I am, hopelessly biased since I feature prominently in a couple of the chapters and Devlin does a very fair job in representing my views on the ethics of sex robots. 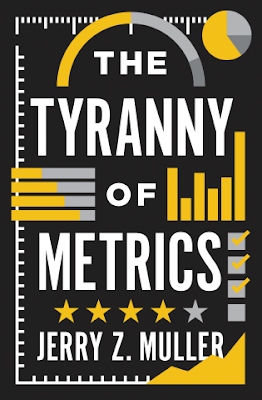 4. Muller - The Tyranny of Metrics

There is nothing particularly new in this book. Anyone who has been following debates about metricisation and target-setting in criminal justice, education and government will be familiar with Muller's critiques of the phenomenon. But Muller's book does have the virtue of brevity and concision. It's the best one-stop shop for the critique of metrics. The first two chapters are particularly good. 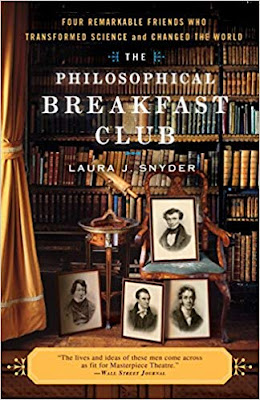 This was a random pick-up at a second hand bookstore. It is a history of science in the early 1800s, focusing on the lives of Charles Babbage, John Herschel, William Whewell and Richard Jones. All four were influential in developing an empirical, experimental and data-driven approach to scientific inquiry. The book is beautifully written and provides an excellent overview of the era. I enjoyed it a lot. 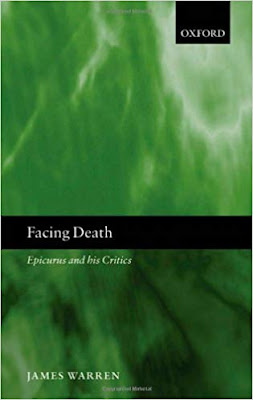 I read this book around the time my sister got sick and died in the early part of the year. I wrote about it at the time. The book is a rich exploration of the Epicurean arguments against the badness of death. Warren is detailed in both his historical exposition and philosophical evaluation. And yet, despite the depth of scholarship on display, I found the book to be extremely readable. This is probably my favourite book on the philosophy of death. 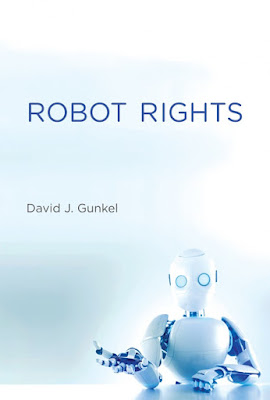 I interviewed David Gunkel about this book in episode #48 of my podcast. As I said in that interview, I think this is a real 'zeitgeist' book. In it, Gunkel encourages us to think the unthinkable and consider recognising the rights of robots. The book is exceptionally detailed in its historical review of the literature on the idea of robot rights -- I was surprised to see how much has already been written about the topic. It also provided a very useful conceptual framework for thinking about robot rights, as well as lots of original insights and arguments of its own. 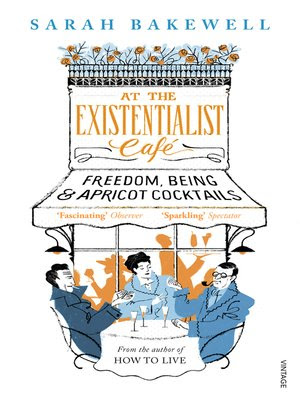 8. Bakewell - At the Existentialist Cafe

This was an audiobook listen for me. Sometimes I find audiobooks are worse than print editions; sometimes better. This may have worked better in print but, nevertheless, I enjoyed listening to it. It's an informative and personal introduction to existentialism, covering the lives and thoughts of all the major figures. 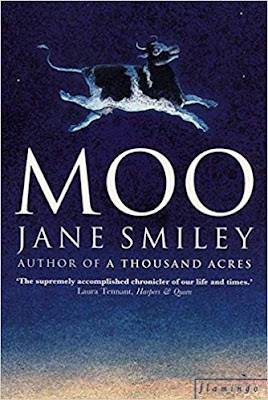 This is a novel, cut from the classic 'campus novel' cloth. So you know what to expect: lots of satirical send-ups of academic life and campus politics. I enjoy reading these books because I see so much of my own life in them (I've probably read all the best known campus novels in my time). Smiley's novel is probably a cut above the usual campus novel in virtue of the breadth of characters she covers, as well as her sharp jabs at the corporatisation of the university (still resonant despite the fact that this was written in the mid-1990s). 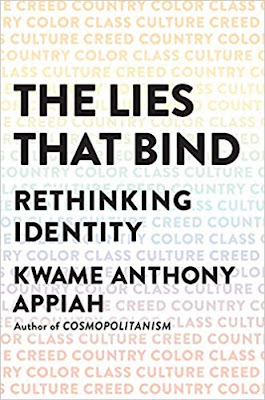 Appiah is one of my favourite philosophical writers. He is more literary than most. This book is a thoughtful, sympathetic and erudite treatment of the philosophy of identity and identity politics. I learned more from a couple of weeks reading this than I did from a lifetime following the identity politics wars on twitter and online media. 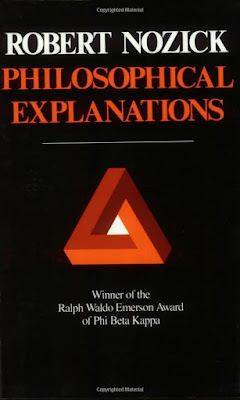 Nozick is probably best known for his work on political philosophy, particularly his defence of libertarianism. But he spent a lot of time writing about more fundamental issues in philosophy, including the nature of personal identity, epistemology, free will and ethics. This book, originally published in 1981, and coming in at just over 600 pages, is his magnum opus, covering a wealth of philosophical themes. It's a bit dated, but it's still worth reading just to get Nozick's very singular and distinctive take on some classic philosophical puzzles. The chapter on 'Why is there something rather than nothing?' is my personal favourite. I still think Nozick's suggested answers to this question are under-appreciated. 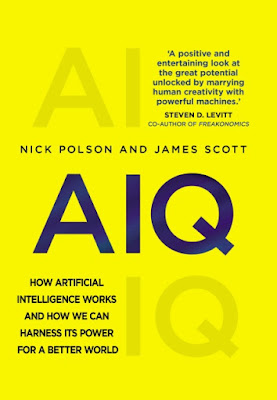 This book is story-based introduction to some of the basic mathematical principles and techniques underlying modern AI technology. I enjoyed it and learned a lot from it. I think it would be a great introduction to AI for anyone who is intimidated or unsure of its technical details. (Relatedly, I also enjoyed David Sumpter's Outnumbered, which covers similar ground albeit in a slightly more opinionated manner). 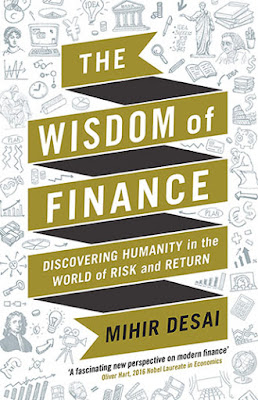 I really liked this book. It is an inventive and sympathetic introduction to finance. Finance plays such an important role in modern life and yet few people are aware of how it works. Desai makes it much more comprehensible by relating finance to everyday life, showing how you can use concepts like insurance and leverage to understand your own behaviour. The book is, unashamedly, a defence of the utility of finance in modern life. If you want something more critical of finance I'd suggest reading Adam Tooze's book Crashed, which is a magisterial history of the financial crisis of 2008 and its effect on global politics over the past decade. 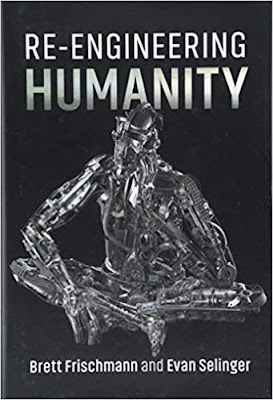 I interviewed Frischmann and Selinger about this book on episode #39 of my podcast. The book is a detailed analysis (and I would say 'critique' -- though I think the authors dispute that characterisation to some extent) of modern techno-social engineering. Its main thesis is that modern techno-social engineering might be turning humans into simple stimulus-response machines, and thereby undermining our freedom and autonomy. My favourite parts of the book are the thought experiments they use to develop their thesis, in particular the reverse Turing test and the free will wager. 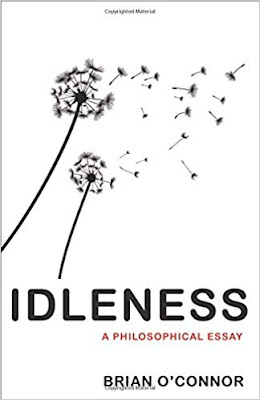 It's probably odd to comment on the physical appearance of a book, but I have to say I really enjoyed the look and feel of the hardcover version of this book. It's a short read, so the book is not too heavy or unwieldy, and it also has wide margins, which is ideal for someone like me who loves making notes in books as I read them. I wish more publishers would accommodate readers like me. Anyway, the book itself is fascinating. It's a defence of idleness -- a way of being that is purposeless and free from social expectation and demand. The book is primarily a philosophical history, focusing on thinkers from the German Enlightenment/Romantic era and challenging their (mainly negative) take on the value of idleness.

I could go on and list at least a dozen more books that I enjoyed this year. Honourable mentions include: Minerva The Ethics of Cryonics; Vallor Technology and the Virtues; Kazez The Philosophical Parent, Rasmussen The Infidel and the Professor, Gottlieb The Dream of Enlightenment, Magee The Philosophy of Schopenhauer, Dyson Turing's Cathedral, Holt When Einstein Walked with Godel, and many many more.

Unfortunately, all lists have to exclude some deserving candidates. There is, no doubt, an ethics of list-making that I have failed to live up to.