Tweet
This post in part of my short series on David Hume's critique of religion. For an index see here.

As mentioned in the index, I am working off an article by J.C.A. Gaskin from the Cambridge Companion to Hume. Gaskin begins his article with an overview of the terminology, structure and interpretation of Hume's critique. I follow suit in this part. 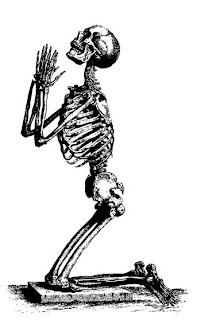 1. Terminology
Hume's writings on religion follow the terminology of such debates as it was in his lifetime. This may be confusing to the modern reader. So it is necessary to provide a short bluffer's guide to the somewhat recondite language.

a. Type of Information
The first set of definitions relate to the different types of religious information to which we have access. The first type is that emanating from natural theology. This is the application of reason and logic to observations of the natural world.

b. Types of Argument
The second set of definitions relates to the different types of argument one encounters in religious philosophy. Nothing too spectacular here, just a distinction between a priori arguments and a posteriori arguments. Hume deals with the latter.

Two corruptions of religious belief were discussed in Hume's day: (i) supernaturalism and (ii) enthusiasm. Supernaturalism is a state of emotional dread or fear that arises from ignorance and melancholy, and manifests itself in ceremonies, observances and sacrifices. Enthusiasm is equivalent to what we would now call fundamentalism.

Finally, we have fideism: belief grounded in faith, not reason. Hume's critique of early modern philosophical reason is often thought to mandate fideism.


2. The Structure of Hume's Critique
I mentioned this in the index, but a little repetition never hurt anyone. Hume adopts a two-pronged assault on religious belief. First, he critiques the standard reasons and arguments offered for the existence of god. Once he has effectively demolished these arguments, he moves on to consider why religious belief persists in the absence of a sound intellectual foundation.

Hume's critique is spread out over several works. His Enquiry Concerning Human Understanding contains his famous criticisms of belief in miracles and a first-airing of his criticisms of the design argument. These criticisms are more fully developed in Dialogues Concerning Natural Religion, which is arguably his best work on religion. His explanation of the persistence of religious belief is contained in Natural History of Religion. Several other essays cover religious topics, such as "Of Suicide" and "On the Immortality of the Soul".

It should also be noted that Hume's work, taken as a whole, advances a deeply sceptical attitude to all knowledge claims. This supports and complements his work targeting religion. Indeed, it may be the extension of the sceptical approach into the domain of religion that is Hume's most original contribution to philosophy. After all, many of his predecessors promoted sceptical arguments (Decartes and Berkeley spring to mind). But they all rescued objective knowledge by grounding it in God; Hume made this an illegitimate move.


3. Interpretation of Hume
One thing that is never clear from Hume's work is the actual content of his religious beliefs. It may seem that someone who advances such a rigorous scepticism is an obvious candidate for atheism. But Hume, famously, nearly always followed his sceptical arguments with apparent professions of piety. For example, after demolishing the design argument he says no one can doubt the existence of supreme intelligent force.

Gaskin suggests that Hume is clearly adopting a prudential irony in these passages: his professions of piety are attempts to protect his reputation in an era in which public pronouncements of atheism would have been dangerous. Nevertheless, Hume does not seem to embrace a complete atheism: his scepticism would appear to extend to professions of negative belief as well.

In conclusion, Hume would appear to be a practical atheist, but an intellectual agnostic.
Posted by John Danaher at 4:58 PM