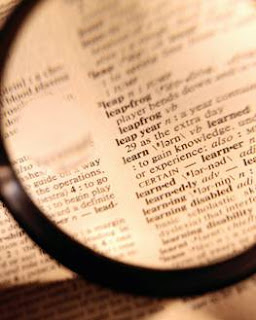 This post is part of my series on Hobbes's Moral Theory. The series covers material from David Gauthier's book The Logic of Leviathan. For an index, see here.

Gauthier argues for a particular interpretation of Hobbes's moral theory, an interpretation that is contested by others. Given its contested nature, Gauthier expends considerable energies in justifying it. I see no need to follow his justificatory programme. I will simply outline his interpretation.

Gauthier divides his discussion into four segments. The first segment formally defines the crucial moral concepts employed by Hobbes. The second segment offers material definitions of these concepts. The third segment covers the problems that arise for these moral concepts. And finally, the fourth segment asks whether or not Hobbes has a "moral" theory (as opposed to a theory of rational choice). In this post I will cover the first segment.

The four concepts employed by Hobbes are:

Let's see what the formal definitions of each of these is.

1. The Right of Nature
Hobbes defines the right of nature as "the liberty each man hath, to use his own power, as he will himself, for the preservation of his own nature". The concept is not moral, in the strict sense of "moral". That is to say: Hobbes is not saying people have a moral right to use their power as they see fit; he is saying that they can do this (it is within their power to do this).

Hobbes does bring reason into his definition of the right. He says that it is not contrary to reason to preserve one's life (it is a "blameless liberty"). It is important to realise that "reason", in this context, does not implicate Hobbes's psychological egoism. It is possible to be reasonable without being egoistic.

Anyway, after all this, we end up with the following formal definition of a right of nature:


A has the natural right to do X = A doing X is initially in accordance with right reason.

The use of the word "initially" may puzzle some, but it is there only to indicate that these definitions apply only in the state of nature, and so all come prior to the social contract (or construction of Leviathan).


2. Laws of Nature
The laws of nature flow directly from the right of nature. Hobbes defines them as precepts which are discovered by reason, and that help a person to avoid self-destruction. In other words, they are rational precepts that guide conduct.

Gauthier offers two definitions of the laws of nature:

(b) Law of nature = a precept laying down the requirements of right reason.

3. Obligation
The definition of an obligation is tricky. Mainly because Hobbes is not himself explicit about it. Nonetheless, Gauthier thinks the concept is, in Hobbes's theory, intimately linked to the idea of a covenant or contract.

For Hobbes. all obligations are self-imposed. After all, the right of nature allows us to do anything we see fit to preserve our existence. Any restrictions on action must be voluntary.

The formal definition is the following:

It is important to realise that this has no psychological element to it. In other words, we are not at this stage wondering about the psychological motivations that might lead a person to give up their rights.


4. Justice
Finally we come to justice. For Hobbes, the just act is one that does not involve the contravention of a covenant.


X is a just act = X does not involve the breaking of a covenant.

That's it for now. In the next part, I'll cover the material definitions of these concepts.
Posted by John Danaher at 9:38 PM