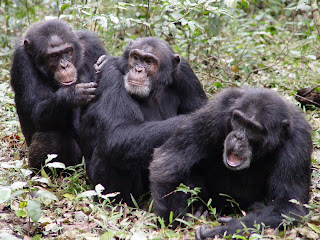 This post is part of my series on David Hume's critique of religion. For an index see here.

The series works off an article by J.C.A. Gaskin in the Cambridge Companion to Hume. In this part I cover Hume's attack on the design argument.

Hume's critique of the design argument is justly celebrated. Graham Oppy, in Arguing about Gods, goes so far as to say his arguments were more significant than Darwin's theory of evolution. That's certainly true philosophically speaking, but then again does anyone pay attention to philosophers? Apart from other philosophers?


Versions of the Design Argument
In any case, Gaskin discerns two distinct versions of argument presented and dethroned in Hume's writings:
For Hume, the design argument constitutes the core of natural theology. Belief in God is nothing more than metaphysical hogwash, unless it is based on idea of a rational intelligence that has created the universe with a particular purpose in mind. If you undermine the intellectual credibility of that idea, you undermine the intellectual credibility of God.


Six Objections to Design Arguments
In his assault on this citadel of natural theology, Hume offers six objections. The objections focus on either the presumptions that go into the argument, or the quality of the inferences and analogies that support the argument.

The following is a brief summary of the objections. It cannot do justice to the strength of Hume's critique.


a. Blind Indifference
Hume points out that the inferred powers and qualities of the designer cannot go beyond the quality of the evidence used to support that inference. In other words, if what we observe in the world is imperfection and moral indifference, then we can infer an imperfect and morally indifferent creator.

Of course, a religious believer could try to reconcile the existence moral imperfection with the existence of a perfect creator. They do this all the time. Crucially, Hume points out a problem with this reconciliation: it only works if you presuppose the existence of God, not if you try to infer the existence of God from observable evidence. So if someone uses the design argument to support their belief in God, they cannot turn around and offer a theodicy to solve the problem of evil.


b. Multiple Hypotheses
The inference to a designer is based on an analogy with human design. But this analogy need not support belief in a monotheistic God. It could support the existence of a committee of gods; or an apathetic God who takes no interest in his creations; or an incompetent God who designed the universe as part of a half-baked experiment in universe creation.


c. Inferring Causes
Throughout his philosophical writings, Hume challenges traditional accounts of causation. He thinks we can only infer a "cause" when we have constantly observed A-events contiguously precede B-events. Given this analysis of causation, it makes no sense to talk about a unique object like the universe being caused by another unknown object that is "outside" the universe. We have no experiential basis with which to ground this inference.


d. Weak Analogy
The design argument is premised on a supposed similarity between the construction of human artifacts and natural objects (creatures, physical laws etc.). Hume argues that this analogy is far too weak to support anything approaching similar causal origin. This argument permeates the entirety of the Dialogues Concerning Natural Religion.


e. Brute Facts and Explanations
The design argument takes it as a given that order requires explanation and cannot be a brute fact. But proponents of the argument explain the order by positing another brute fact, God. Why should we prefer a divine brute fact over a naturalistic brute fact? After all, the divine mind presumably displays ordered complexity and would also require an explanation, right?

Defenders of the design argument have two main responses to this question available to them. First, they can claim that it is desirable to replace two kinds of complexity (physical and mental) with one kind of complexity (mental). This response needs to swim against a tide of scientific evidence which suggests that physical complexity is metaphysically prior to mental complexity.

Second, they can claim that god is simple; that the divine mind does not contain ordered mental "parts". Hume has a famous reply to this doctrine of divine simplicity. He says:


A mind whose acts and sentiments and ideas are not distinct and successive, one that is wholly simple and totally immutable, is a mind which has no thought, no reason, no will, no sentiment, no love, no hatred; or, in a word, is no mind at all.

C'est tout pour maintenant (pardon my French, it's been awhile).
Posted by John Danaher at 11:23 AM