Plea Bargaining and the Signalling Problem (Part One) 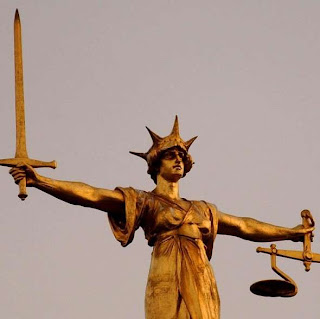 Plea bargaining is the common practice whereby someone who is being charged with a criminal offence will agree to plead guilty to a lesser offence in order to avoid the risk of being tried for the more serious offence.

Suppose I shoot someone in the course of an armed robbery. I am arrested and charged with murder. For the sake of avoiding a lengthy and costly trial, the state prosecutor is willing to make a deal: if I plead guilty to manslaughter, she will drop the murder charge and ask the judge for a more lenient sentence. Should I accept the offer? I know the state are likely to have a tough time proving specific intent to kill at trial. Still, from my perspective, bringing the case to trial is risky: the jury might convict me for murder; and the judge might be inclined to impose a harsher sentence. I agree to take the deal.

Plea bargaining is often rational from both the prosecutor's and the defendant's perspective. The prosecutor wants to maximise the amount of punishment per unit of prosecutorial resources; trials are costly (the resources spent in one trial could be used to secure other convictions); and their results are unpredictable. Accepting a lesser plea helps to maximise convictions and minimise costs. Contrariwise, from the defendant's perspective, the goal is to minimise the amount of punishment, but, again, trials are unpredictable and pleading to a lesser offence is often the best way to minimise expected punishment.

Indeed, so complementary are the incentives of the two sides that, according to a standard rational choice/ game theoretic analysis, submitting a guilty plea is the dominant strategy, even for innocent defendants. Why? Well, the argument is somewhat intricate but, roughly, if there isn't overwhelming objective evidence of your innocence, and if the prosecutor has unfettered discretion to offer you any sort of deal (however minimal the proposed punishment), then you should make some sort of deal. There is some degree of punishment you should be willing to accept, however minimal, in order to avoid the risk of trial.

This has been referred to as plea bargaining's Innocence Problem. In his article, "Signalling and Plea Bargaining's Innocence Problem", Russell D. Covey analyses this problem using some tools of game theory, specifically tools relating to signalling theory. As he sees it, the innocence problem arises (at least in part) from the fact that innocent defendants have no way to credibly signal their innocence to prospective prosecutors. He then suggests various ways in which the signalling problem could be solved.

Over the course of this post, and the next, I want to take a look at what he has to say. As it happens, I'm not too interested in the plea bargaining aspect of his inquiry - though I have to mention it for other things to make sense. I'm much more interested in what he has to say about signalling and the problem of credibly conveying private information.

To that end, the remainder of this post is broken into two main sections. First, I provide a closer analysis of the signalling problem and its effect on plea bargaining. Second, I introduce the card-game analogy that Covey uses to illustrate some of his key claims about signalling and plea bargaining.


1. What is a signalling problem?
As humans we spend much of our lives producing and interpreting signals. They are central to our social intercourse, with language merely representing the most obvious and intricate of our signalling devices. A "signalling system" can be defined as any system with these three elements:

Message Set: A set of possible signals that could be sent through the system, e.g. “P” and “not-P”. Typically, these signals are propositions about the actual or likely state of the world.

Sender: An agent who selects one of the possible signals from the message set and conveys it to another agent (the receiver).

Receiver: An agent who must interpret the signals from the sender and assign some truth value to them (e.g. "P is true").


Obviously, the term "agent" has to be understood broadly here: not every signalling system involves actors with human levels of intelligence, foresight or awareness. Far from it. All that matters is that they are capable of making minimal "decisions", specifically that they be able to select elements from a message set and assign truth values to them. That said, the more interesting signalling systems will involve agents with somewhat complex, competing or overlapping goals.

There are many problems that can afflict a signalling system: the message set may be too minimalistic to convey the truth; the sender may not be able to "see" all the elements of the set; the quality of the signals may degrade as they are passed through the system; and so on. Nevertheless, for our purposes, all references to "the signalling problem" can be taken to refer to a scenario in which the receiver is incapable of distinguishing true signals from false signals.

A classic example of this, which I'm sure I've used before, can be found in the biblical story of Solomon and the two prostitutes. As you'll recall, the story is that both women claimed to be the mother of the same baby. They couldn't both be right, but the signals they were sending to Solomon ("I'm the true mother") were the same. He could not distinguish between them. The result was a signalling problem.

Covey's claim is that something similar is going on in the case of plea bargaining. A defendant might have private knowledge of his or her innocence, but has no way to credibly signal this to the prosecutors. Declaring innocence won't do since guilty defendants are just as likely to proclaim their innocence as innocent defendants. The signals are indistinguishable from the prosecutorial perspective. Hence, we have the signalling problem.

Of course, Solomon solved his signalling problem by threatening to divide the baby in two. This changed the incentive structure of the system in such a way that the signal from the real mother was distinguishable from that of the impostor. The question is whether something similar is possible in the case of plea bargaining: can we change the nature of the pre-trial bargaining game in such a way that the signals from a genuinely innocent defendant are distinguishable from those of a guilty one. Covey answers that question by way of an analogy to a card game. The analogy is complex. We’ll look at the first couple of variations of it in the remainder of this post. 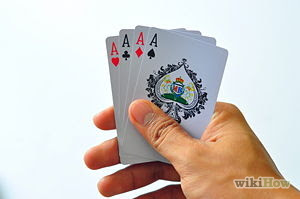 The game has the following structure of payoffs. If the bottom card is red, then G gets to keep his money. If the bottom is black, G has to pay H $20. Obviously, this means that G is either going to lose money, or break even. H's payoffs are just the reverse of G's. He is either going to break even or gain $20. Given that the probability of the bottom card being red is 0.5, that gives us the following pair of expected payoffs:


I know this is elementary stuff, but I wanted to spell out the calculation because things will get more difficult later on.


Since G's loss is just the reverse of H's gain, under the proposed deal G stands to lose less than what he expects to lose if the game is played to completion. So he’d be an idiot if he didn't accept the deal.
Obviously, the claim is that this game, with the proposed deal, is somewhat analogous to the plea bargaining scenario. G is like the defendant, who knows he can expect some punishment if his case goes to trial. H is like the prosecutor, who would prefer not to have the expense of going to trial. The proposed deal is like the plea bargain. And like G, the defendant would be an idiot not to accept a guaranteed level of punishment if it is less than his expected punishment from going to trial.

The analogy is imperfect, to be sure, and we will talk more about those imperfections in part two. One obvious way in which it is imperfect is that, so far, it doesn't involve any "private information". Unlike the defendant in a criminal trial, G does not have private information that he would like to be able to convey to H. Let's see if we can correct for this by adding the following variation to the game:

The Card Game with Private Information: The game is as before only this time, when the cards are dealt onto the table, G is allowed to look at the top card (and H knows this), but G is not allowed to show the card to H.

What can G do with the private information? Well, you might think that he could use the information to renegotiate the terms of H's proposed deal. H is willing to accept 50% of his expected gains. His expected gains are simply the reverse of G's expected losses. So G should (by all rights) be able to negotiate a more favourable deal when he knows that the top card is black. To be precise, he should be able to get H to accept $3.33 to avoid dealing out costs (since half of $6.66 equals $3.33).

But there is no way that G could actually get H to accept such a deal. Why not? Because G has no way to credibly signal the fact that he saw a black card to H. His attempt to renegotiate the deal certainly won't do the trick. If the top card was red, G would still have an incentive to pretend that it was black. He wants to minimise his losses, after all. As a result of this, there is no way H is going to be willing to accept the lesser amount. We have a signalling problem.

Again, the claim is that this is somewhat analogous to the plea bargaining scenario. Like G, the innocent defendant has private information that he thinks is relevant to the game, but he has no way to credibly signal this to the prosecutor. The guilty and the innocent all end up looking the same from the prosecutors perspective.

What we're going to do next is see whether we can change the structure of the card game so that there is a way for G to credibly signal his private information to H. We’re then going to see if we can carry that over into the plea bargaining game. Those are jobs for part two. Stay tuned.
Posted by John Danaher at 11:16 PM